The Weight of the Word on Our Shoulders

Back from going walkabout. Found a few interesting things along the way. Nothing so big or heavy that it becomes a burden; the sense of responsibility, guardianship & even encumbrance that comes with taking in any book is increasingly tempering the addition of new volumes to HM's shelves. Luckily there's only one contemporary press printing books that consistently appeal to our tastes & interests, but there's also 550 years' worth of printed books to continue sifting through, and nuggets keep turning up. Like these...

(Next post will be about a truly substantial - in form & content - recent addition. The bookseller who shipped it out warned the box was the size & weight of a small sheep, which must be a standard form of measurement in his parts.)

A charming little piece by Sara Chamberlain from 1981, using the parts of a block that will ultimately be removed, to first practise upon. 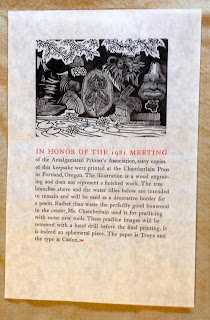 Semi-Chamberlain related, a broadside from the Beaverdam Press, featuring a wood engraving by Barry Moser. Beaverdam was the imprint of Earle Henness. 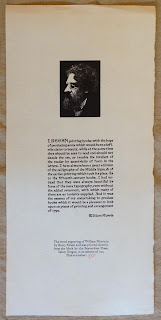 Henness issued a miniature book titled Printers on Morris (1981) which featured a different (slightly taller) engraved portrait of Morris by Moser as the frontis and bound in papers printed from a wood engraving by Chamberlain. 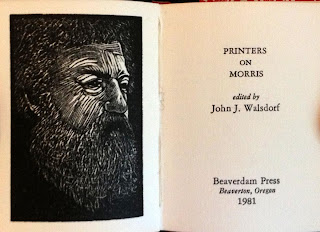 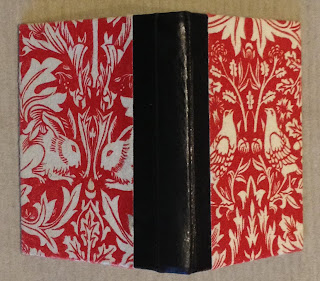 Don't know what year the broadside (which is marked P/P - Printer's Proof) was issued, but probably around the same time? 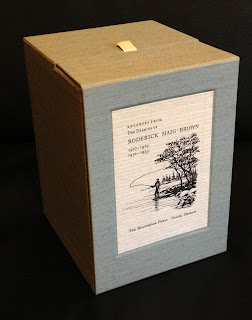 Henness was not prolific, at least in his private press output. He did at least one project for Portland bookseller Charles Seluzicki, Paul Auster's Autobiography of the Eye (1993). He was, however, assured a spot in the history of (North) American fine printing thanks to the five-volume Excerpts from the Diaries of Roderick Haig-Brown (1992), which (despite being set in Caslon) is a stunning example of combining all the book arts in equal measure. 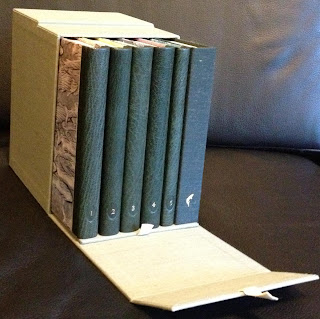 The five volumes, each about 48 pages, contain extracts from the famous fisherman & conservationist's diaries from the years 1927-29 and 1932-33. The books are quarter-bound in green leather with different "fishy" paste papers. There also is a sixth volume containing original, tipped-in  photographs. Sandy Tilcock's paste papers, her bindings, and the box are all excellent in conception and execution. 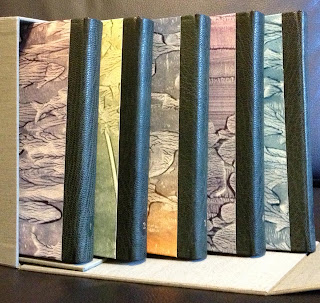 According to the catalogue listing for the one copy of the set currently offered on Abe, bookseller Seluzicki (who knew Henness and his work well) states that the entire edition was not bound & issued. 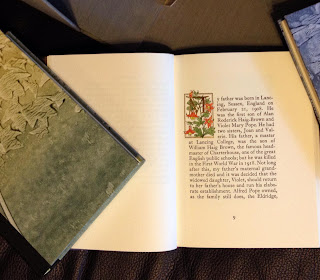 It was not inexpensive (issued at around $1,500), but for what it is, in content & production, it was cheap at the price. A few excerpts from the text can be found on this blog (H-B is the patron saint of anglers). 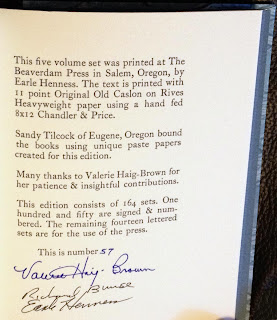 We traded our collection of (mostly signed) Black Sparrow Bukowskis for this copy. Never regretted the swap. But still love Buk.

"Look- someone donated a broken 1535 Aldine to our library! Maybe we can issue the leaves, as a fundraiser." 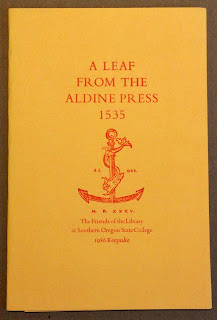 "But we should put it in the cheapest, ugliest, most aesthetically-incompatible covering we can come up with." Success! 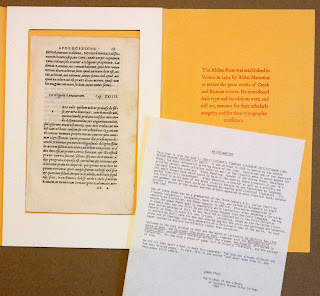 Found this in a discount bin. Can't pass up kool paper books. It's part of a series by designer Juliette Cezzar. This blog has a bit more info about her, and some links. 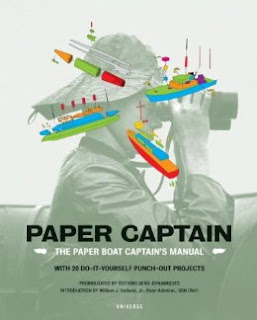 Vacation's over; getting down to work on the type book. More posts on that as we gather momentum.