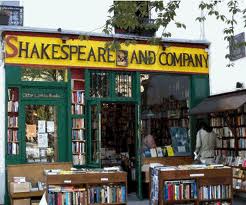 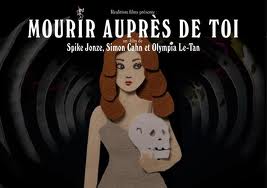 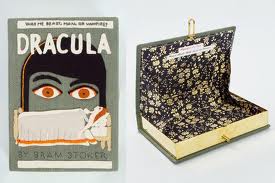 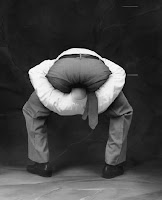 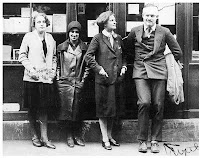 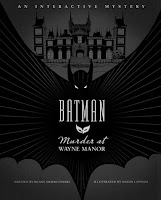 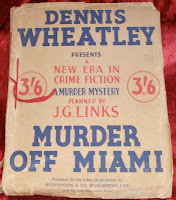 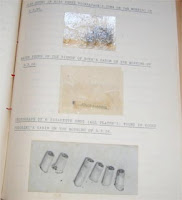 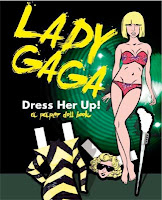 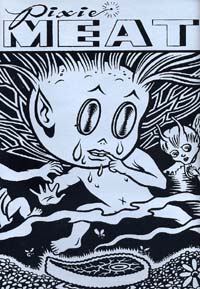 Not much to say lately, no new books to show off, just stuck in the studio working away at Occupied By Colour. Today it finishes, we run the last sheet, an odd-sized insert that requires we tear apart the frisket window & completely change the lock-up.

And so, while enjoying the morning coffee, we spent a few minutes poking around for information on a comic called Pixie Meat, and found this post about the book. (That blog, The Oxen of the Sun, looks to have a lot of interesting posts on books & design.) It was printed by our friend Robert R. Reid and his partner, Terry Berger, in 1990, and features the combined talents of Gary Panter, Charles Burns and Tom DeHaven. The pages were reproduced with metal relief blocks and printed on Bob's Vandercook. He struck upon the idea of livening up the spreads by interleaving sheets of clear, colored cellophane (some copies are red, some yellow). A few more images from the book can be found on Bob's micro-site, here.

Most people who bought copies were impressed simply by the creators' signatures; people who would recognize and appreciate how the book was designed and printed, i.e. the usual "fine press" crowd, were much too proper to be interested in the content ("A comic?"). All this reminded us of our own plans to one day do a fine press comic, the narrative taken from a track on MC 900 Ft Jesus' album Hell With the Lid Off (which, coincidentally, features art by Charles Burns on the cover). We'll get to it eventually; have to track down the MC first and get permission. He's been MIA for many years, last reported working in air traffic control in Texas... 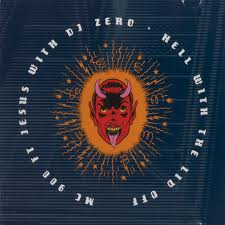 This all came up because Terry recently sent a spare copy of Pixie Meat, and asked us to sell it to a good home. So if you know anyone... 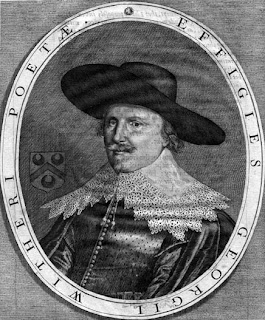 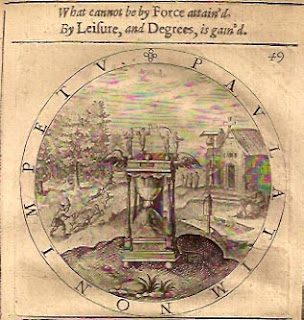 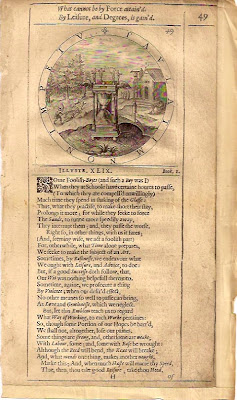 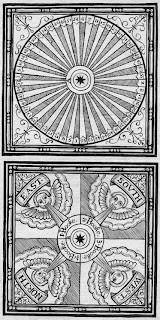 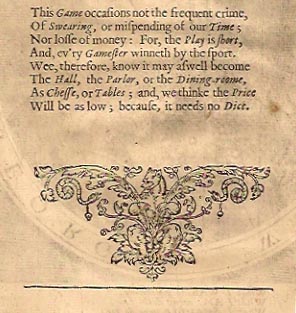