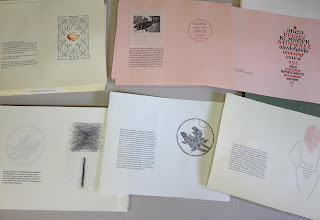 HM doesn't do many book show-type events. They're a lot of work and hassle. Some people enjoy the socializing & interaction, showing & talking about their books; for the most part, we'd rather just be working. Or playing. But not standing at a table in an exhibition hall. Why, then, did we sign up to participate in this year's Codex book fair in Berkeley? Especially since it's not in its usual spot on the UC Berkeley campus, but five miles away in a commercial exhibition space, in a part of town that even friends of ours from the Bay Area say they've never been to? 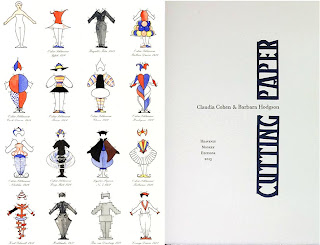 The main reason was to take the opportunity to show the collaborations between Barbara Hodgson and Claudia Cohen published by HM since 2007. Particularly their latest - Cutting Paper - which will make its debut to everyone (including its publisher) at the Codex fair. 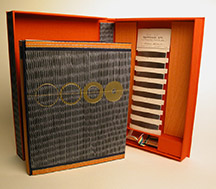 We'll also be displaying the three volumes in their color series published to date, and The WunderCabinet. The reputation established by their first collaboration, 2007's The Temperamental Rose, has ensured that every book they've published since has been over-subscribed before publication. Copies can be found in institutional collections across North America, but Codex will be the first (and only, at least for a long while) time that the creators and all of their books will be on display, together, in one place. It will be an opportunity to not only see the books, but talk to Barbara and Claudia about their collaborations.* 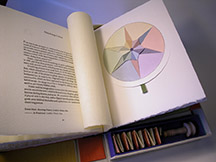 At the edges of our table, we'll also show a couple of other HM books published in the past few years, including Harold Budd's Angel, Jim Westergard's Oddballs, Elements in Correlation, Types/Paper/Print, and the two volumes in our Artists' Pamphlet series published to date. But most important of all, we'll be schilling our HM Codex MMXIII Miscellany, a fundraiser to cover the costs of living in the manner to which we are accustomed while at the show. 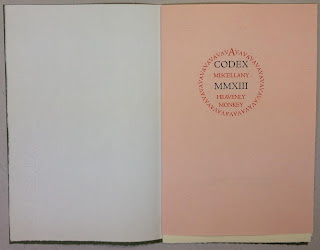 The HM Codex Miscellany contains new works by four of our friends: a previously unpublished (& saucy) poem by Harold Budd... 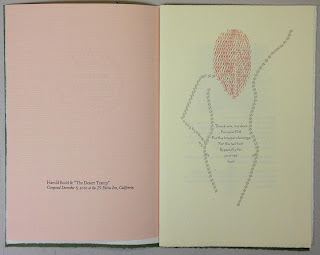 two phonautographic prints by Scott Morgan (whose work will be further explored in Artist's Pamphlet #3 later this year)... 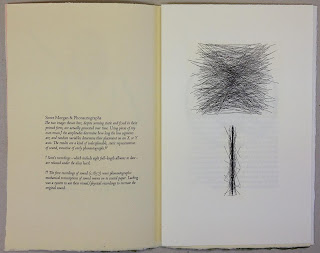 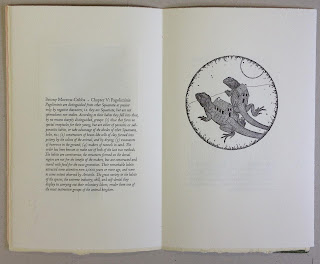 a piece taken from Barbara Hodgson's private museum (an original painting of a Bird of Paradise egg, tipped into each copy)... 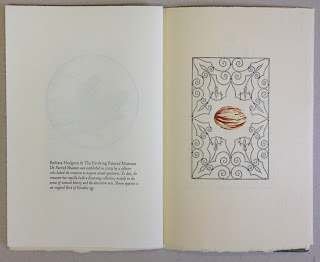 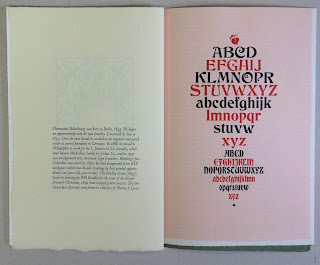 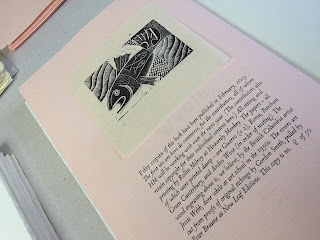 Each of the three sheets that make up this 12-page book is a different paper: Roma, Barcham Green Canterbury, and Arches Wove, all printed damp. To gild the lily, the wrap for each pamphlet is taken from a series of very large etchings created by Gordon Smith in recent years. State and registration proofs of these etchings were kindly donated by the artist and the studio where they were printed (New Leaf Editions), to be cut into sections for use as cover wraps (inside a glassine jacket). Thus, each copy of the HM Codex Miscellany includes a piece of a proof of an original Gordon Smith etching. 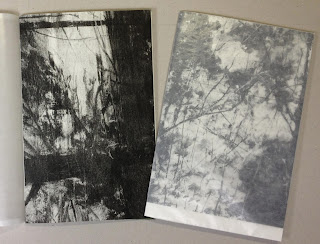 The HM Codex Miscellany will be offered for sale at the book fair, at the discounted price of $150 net. Any copies remaining after the fair will be priced at $225. The book is 6.5 x 10.25 inches, 12 pages, set in Centaur and Arrighi, with Margery used in the Budd poem, and 36-pt Columbus and 24-pt Bradley Series in the Ihlenburg spread. The edition is 50 copies, with the first 10 hors de commerce for contributors.

* Other than the HM Codex Miscellany, we won't actually be offering any of the books on display for purchase. They're all out of print, or in the case of Cutting Paper, fully subscribed. However, Vamp & Tramp will be participating at Codex, and as one of our regular booksellers, they have some HM titles in stock. Inquiries can also be made with our other regular booksellers (see the Friends page). 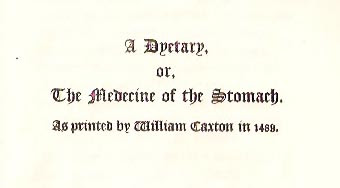 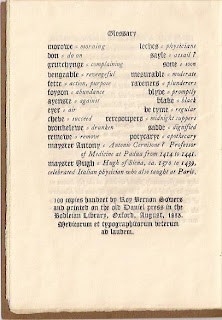 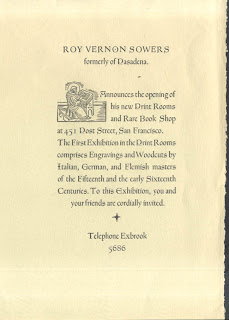 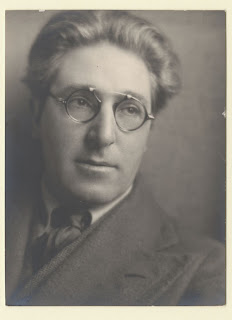 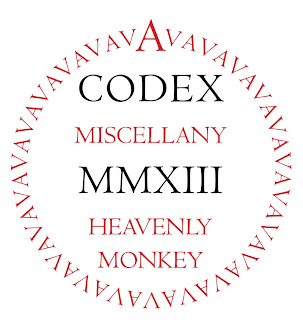 Yes yes David, we know it's been too long since anything new has been posted. But that's because we've been (more interested in) working on a special project for the upcoming Codex book fair in Berkeley. HM will be participating, and more to the point, displaying the very first copy of Barbara & Claudia's new book, Cutting Paper. (That book is, BTW and reported here for the first time, sold out, so Codex may be a rare opportunity to see a copy.) About the miscellany we are printing specially for the show (a fundraiser for B & C's bar tabs...), no details yet. But very cool. Meanwhile, everyone do some reading about phonautograms. 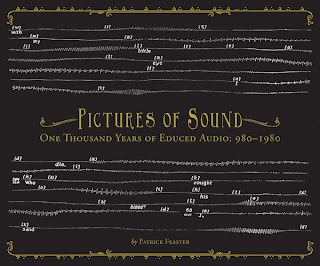 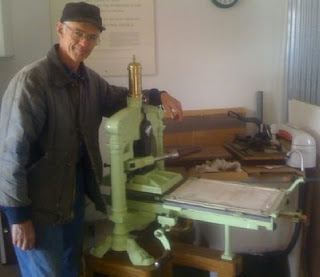 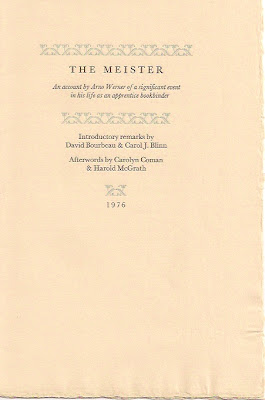 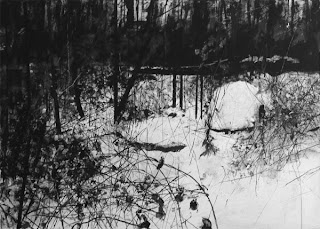 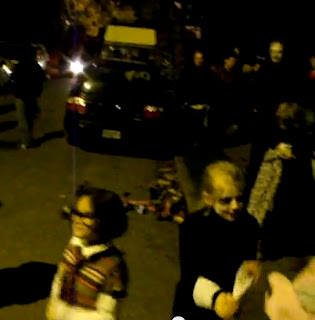 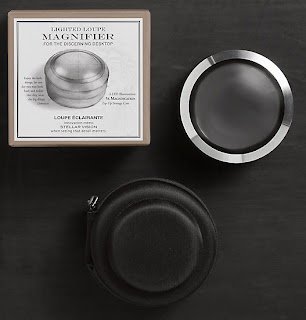 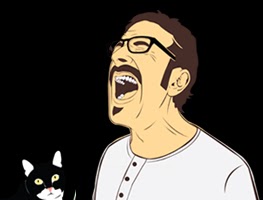 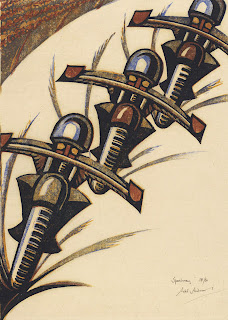