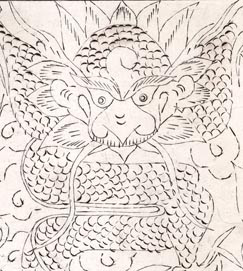 Happy birthday to you
Happy birthday to you
You look like a monkey...
(Above is a detail from an impression taken from a piece of hammered brass, a decoration that once adorned a now-lost trunk or piece of furniture from the Far East. Printed - expertly - by Peter Braune at New Leaf Editions.) 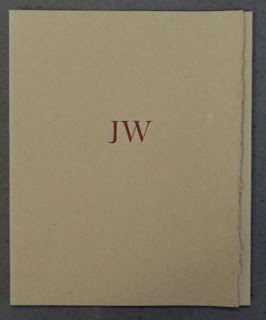 The two text pages for inclusion with Jim Westergard's suite of prints Beasts of New York were printed at the end of last week. They've been dried, pressed & trimmed to final size, so this week we go off to the local bindery to have ten slipcases made up. For the chemise we had just enough of some large, heavy taupe sheets with red highlights, made by Reg Lissel, lying around. The one thing we forgot to print (because we're not very bright) was the spine label for the slipcase, so that'll have to get done this week.

The image below shows the colophon sheet (still to be signed & numbered by Jim) and the drawing, titled "the King Beneath," that will accompany this suite. The sheets measure 6.5 x 8 inches. Jim printed the engravings on Zerkall, and did the drawings on a heavier and toothier Hahnemuhle. The text was set in 18-pt Perpetua (with 36-pt used for the title) and printed on Arches Wove paper.

All 11 prints in each suite are uniform in edition number; the suites account for numbers 16 through 25. Only eight of the ten suites are being offered for sale, priced at $750. Contact Jim directly (jimwest at telusplanet.net) if interested. 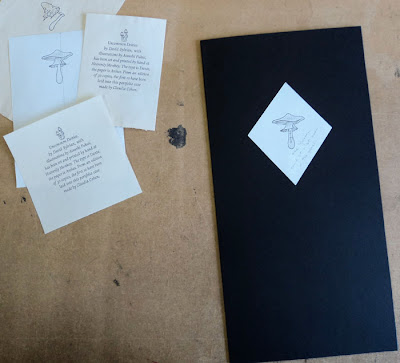 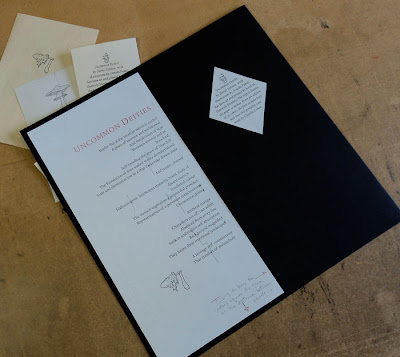 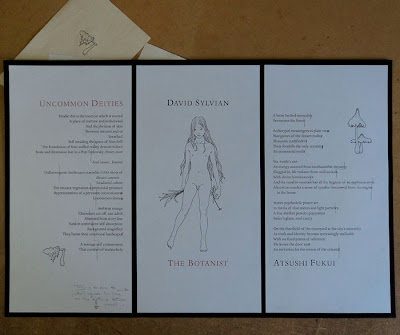 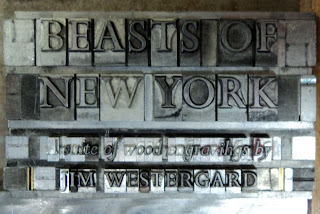 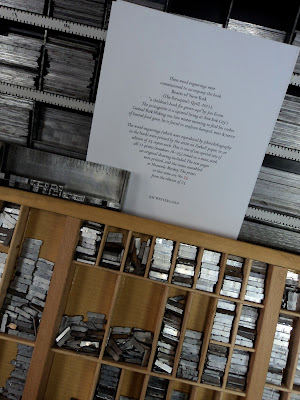 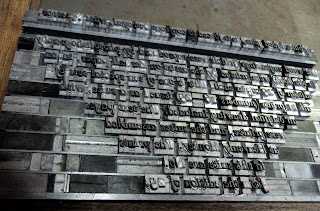 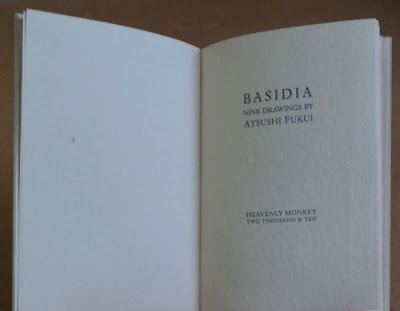 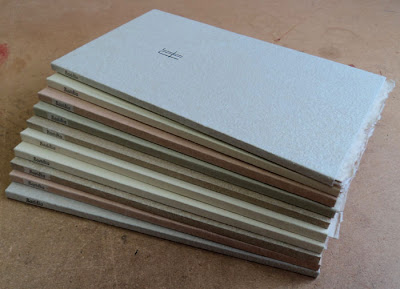 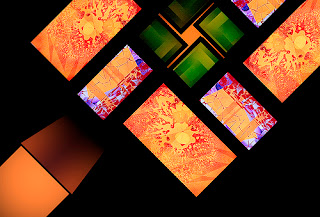 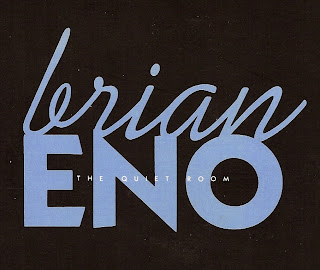 We're getting close to The WunderCabinet's release, in just under a month now. Barbara and Claudia will be meeting in a few weeks to assemble all the various bits & pieces that go into each box (and Barbara will write out a detailed inventory of each box, for inclusion). The book will make its debut at the Codex Book Fair in Berkeley. HM has done the previous two fairs but we couldn't spare the time this year, so our friends at Vamp & Tramp Booksellers (who will be exhibiting) have kindly offered to display the book for us. It will be a rare opportunity to see the book in the wild, as the entire edition is subscribed, and our booksellers seem to already have customers lined up for their copies. 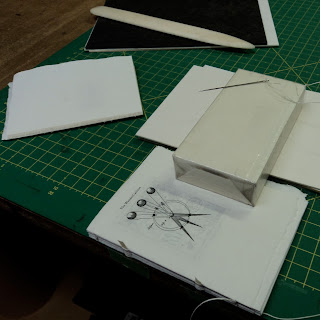 In addition to exhibiting one of the "regular" copies (i.e. 1/20), Vamp & Tramp will have on hand one of the miniature versions. Alas, this little copy will not be bound by Claudia but rather by HM. Nonetheless, it should be sufficient for people to flip through and get an idea of what the big book is like. The ten signatures were sewn on two vellum slips, the spine pasted, and then the book was put into a case made from a piece of Reg Lissel's abaca vellum paper (from batch that had been loaded with pigment to dye it black). Barbara is going to create a spine label. The frontis, which is an etching in the real book, is reproduced digitally here, but printed on Reg's paper; everything else in the book is legit (i.e. letterpress and hand embellishments, just like the real thing). 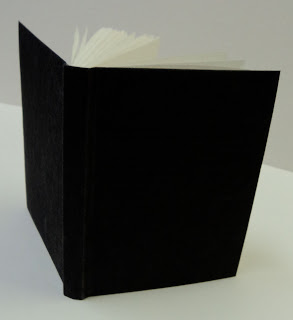 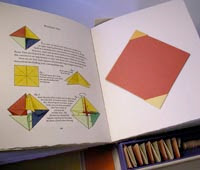 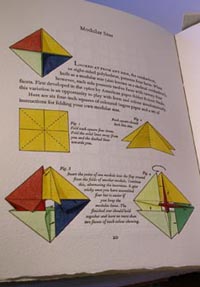