the the Officina Bodoni De Aetna 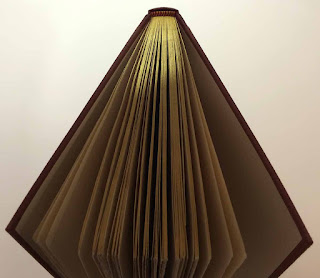 Been a while since I've added to the Handpress Library posts, so here's a brief one: Pietro Bembo's De Aetna, the edition published by Officina Bodoni in 1969. It includes an appended essay by Mardersteig about the famous roman type developed for Aldus Manutius' edition of the work in 1596. 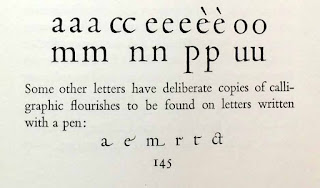 The book was published in English, Italian and German editions, each in an edition of 125 press-numbered (natch) copies. The bindings - as usual with O.B. books - are understated examples of the craft: quarter leather, sewn endbands (see the tie-down in the gutter?), TEG. 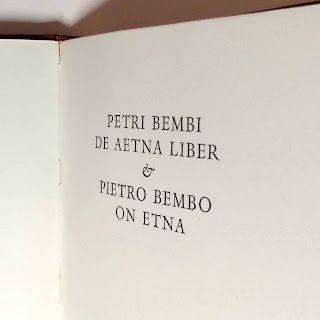 Koolest of all, proof of Mardersteig's human fallibility: a repeated word on page 99, the second gently abrogated in pencil (by the publisher?). Probably unique to the English edition!

I first heard of (but could not lay my hands on) this book in the late '90s while working on the Francesco Griffo biography. After almost 20 years of looking, a copy finally came my way. Could be useful for our pondered second, expanded edition of Fragments & Glimpses... 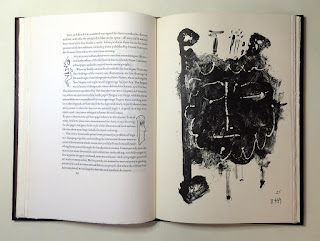 We're culling books from our personal collections around here. Making space. Here's my copy of the Allen Press bibliography, which I got in sheets, added extra samples to (i.e. a graingerized* copy), and had bound in full morocco by Hélène Francoeur. 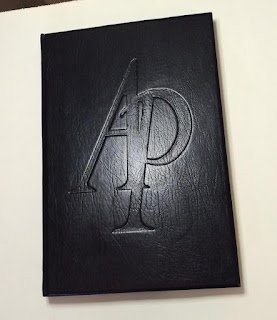 Beautiful, but it actually is one of three copies I own, so it's been set free. One of the samples included is a Picasso litho from Four Poems of the Occult. Write if you're interested.

* "Graingerised or extra-illustrated books, as they are now more commonly called, are copies which have had added to them, either by a private owner or professionally, engraved portraits, prints, etc., usually cut out of other books..." (ABC For Book Collectors, John Carter) Note that the material added to the above Allen Press book was NOT cut out of any other books; check Carter for "Breaking-Up"). 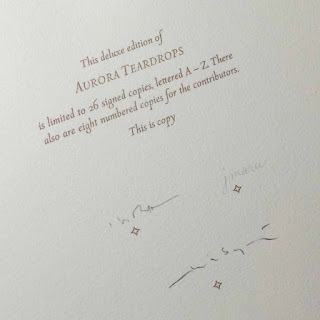 We had hoped David Sylvian (author of the book's introduction) would also be able to sign, but coordinating with his travels was the challenge. While the sheets were in Joshua Tree he wrote to say he'd be stationary for the week, and if we could get the sheets to him in time he'd sign. So, Jane scrambled to get the sheets to David, who very kindly & promptly signed the ones to be included in the 26 copies deluxe. 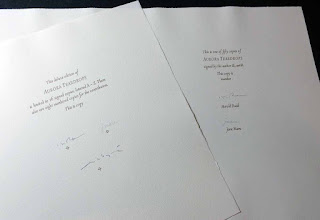