Start with ABCs, Finish with Some Moralls 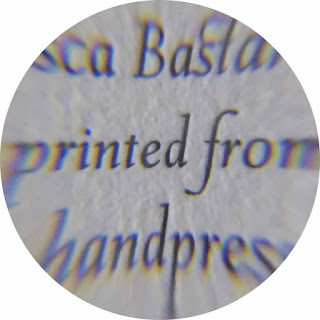 We’re going to maintain the momentum (finally!) achieved in 2016 through the New Year, with three major publications for 2017. 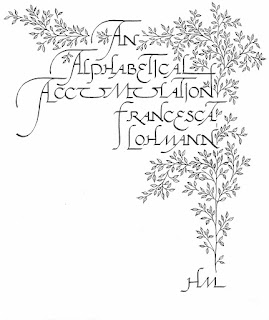 First in the press, but probably the last of the three to be issued, will be Francesca Lohmann’s calligraphic ABC book, An Accumulated Alphabet. This was originally created in 2014 as three manuscript copies. Over 26 leaves (rectos only) Francesca renders the alphabet, nestled among leafy vines, each page adding the next letter to the sequence. For HM’s printed edition, the previous page will be printed (in black) from polymer plates, and the new letter will be added (in red) by Francesca. Thus, each copy will contain, over 26 leaves, a complete calligraphic alphabet. The title page and colophon will also feature her original embellishments. 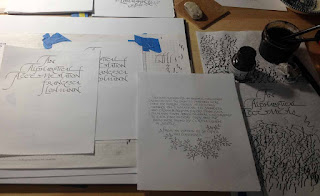 The reason this book is first up & last out is all the work to be done by Francesca after the printing, then the binding by Claudia Cohen, who is still pondering the details but has been making vague comments about limp vellum structures. The book will be 28 printed leaves (approximately 5 x 7 inches), the paper being a combination of Crown & Sceptre, T. H. Saunders, and Whatman handmades. The edition will be 30 numbered copies and six A.P. Hopefully issued, through HM Editions, by the end of 2017. 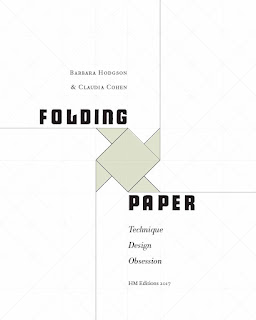 The first book that will be issued in 2017, by HM Editions, is the latest collaboration between Barbara Hodgson and Claudia Cohen: Folding Paper: Technique, Design, Obsession. In a similar manner and format as Cutting Paper, the book explores the art of folded paper, and presents a collection of samples on the pages and laid into the accompanying box. Brief essays discuss approaches to folding techniques, the process of creating illustrated pieces, and paper choices. Interspersed will be over 150 tipped-in examples from pleating, education, computational geometry, toy making, origami and packaging (some examples will be presented shown in progress, as well as finished pieces, in a variety of papers). 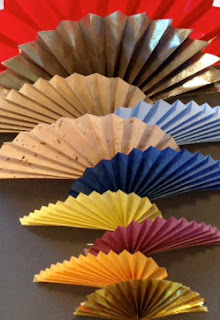 Folding Paper (9.5 x 12.5 in., 80 pp.) was designed and set in Monotype Fournier by Barbara. It has been printed on 200 g Arches Wove by David Clifford at Black Stone Press. (For technical reasons, the title page - which will itself be a piece of folded art - was printed at HM on the handpress.) Copies will be uniformly bound by Claudia, with an accompanying two-piece box. The box that will also contain about 15 three-dimensional pieces and a separate Zhen Xian Bao (a magical Chinese thread box). All of the pieces will be created specifically for the book. The edition will be 30 numbered copies, signed by both contributors, plus six A.P. copies. Publication is planned for late spring/early summer. 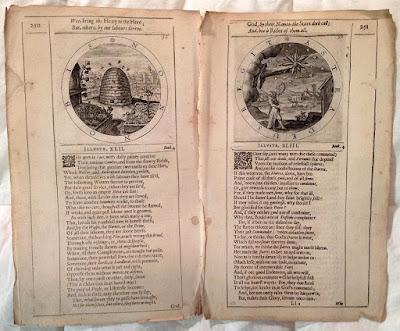 The long-promised book featuring original leaves from George Wither’s Collection of  Emblemes Ancient & Moderne (England, 1635) is finally going to hit the press. Details are still being finalized, but at this point we can report that the book will be approximately 8 x 12 inches, 50 pages (plus sample leaves), issued in two states from a total edition of 66 copies.

This is the start of the new publishing schedule, so this is it until he start of February, at which time I'll be posting more images & details about Folding Paper. Please note that if you have any interest in that book, contact one of the booksellers listed to the left for details and discuss reserving a copy.