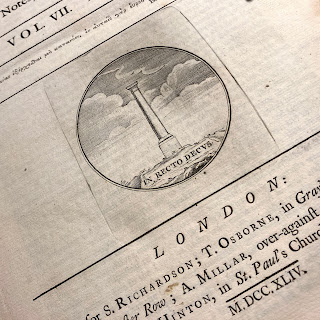 Books that combine letterpress and intaglio printing, particularly on the same page, have always intrigued me. It was, if not common, at least frequently encountered in books from the sixteenth through eighteenth centuries, when engraving on metal was the best method for repeating detailed, fine-line images. But the modern English-language fine press has largely overlooked intaglio, in favor of woodcuts and wood engravings.

The advantage of relief methods is that they can be locked up and printed with the text, no need for separate runs, much less different equipment. And relief printing is much faster than intaglio (wiping an engraved or etched plate takes much longer than beating ink on to a form of type). 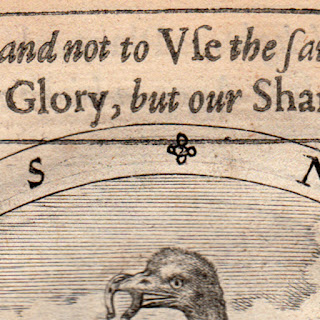 I’ve spent some hours over the years trying to find historical sources describing how early publishers went about combining the two printing methods, with little luck. The best modern single source is Gabriel-Rummonds’ Nineteenth Century Printing Practices, but all it has to say is the completed letterpress sheets were sent off to another shop to have the intaglio added. That at least provides one piece of information, the sequence. The pages of George Wither’s book of emblems (see Labour Vertue Glorie) show this to be the case: the intaglio lines often lie over the (letterpress) borders.

It’s what I suspected: it’s easier to drop an intaglio image into a printed text sheet than visa versa. Intaglio is much more time consuming (and thus expensive) than letterpress, and you wouldn’t want to waste any good prints from bad inking or some other flaw in the handpress. Plus the intaglio could be done in several different runs for an edition, as copies were sold. That kind of “as needed” printing isn’t practical with type and letterpress. 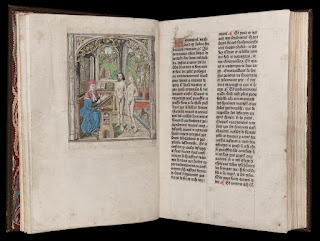 The earliest known book illustrated with copper plates was a French translation of Boccaccio’s Casibus Virorum Illustrium (De la Ruine des Nobles hommes et femmes), published by Colard Mansion (Bruges, 1476). However, the nine engravings were actually printed separately from the text sheets and tipped (pasted) in, which is why they are lacking in many of the 60 extant copies. I’m still chasing down the first book that combined letterpress and intaglio on the same sheet, but it was soon after. 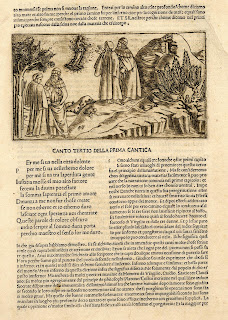 In 1481 an edition of Dante’s Comedia was printed in Florence by Niccolò di Lorenzo della Magna, with copper engravings based on drawings by Botticelli. Some copies had the engravings printed on the text sheet, some had them pasted in, and some are blank (either intentionally, to have the images added by hand, or simply because the intaglio was never added). 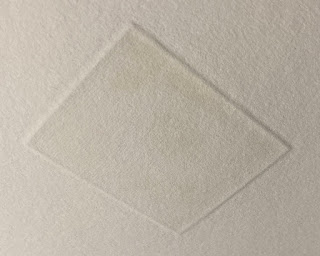 An objection some people make to having intaglio on a letterpress page is the plate mark; they find it objectionable on both the verso and recto of the leaf. Some intaglio printers do print with a deeply debossed plate mark, but this is not necessary for good printing, any more than deep impression is required (or desired) for letterpress. I’ve always been more concerned about the loss of the letterpress impression as a result of wetting the sheets again and running them through an etching press (what is basically a mangle), squashing all the life out of the letterpress. 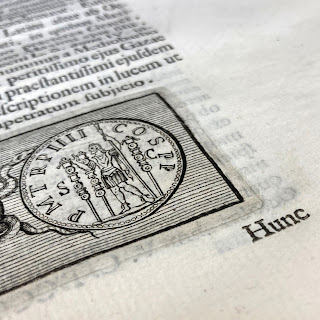 This is one of the oldest books that includes intaglio in my collection: De M. Aurelii Antonini... (Florence, 1711), in which Benedictine of Brescia proposes a chronology of the reign of Heliogabalus based on coins issued during his reign. The book includes eight engravings of ancient coins. These photos won’t show it well, but the impression on the leaves that include an engraving has definitely been flattened out, however I can’t say the actual printed text looks glaringly different. It would show if you pulled out a loupe, but people who walk around with loupes to pull out are a bore. 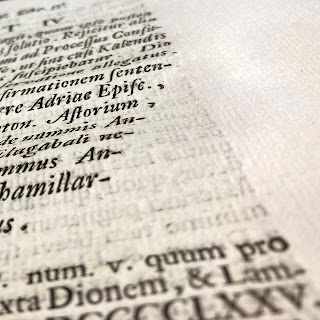 Despite this historical precedence, the only modern source for combining the two methods I’ve found is Rummond’s Printing With the Iron Handpress. It counsels the historical precendent’s opposite, laying down the intaglio first. His primary reason seems to be to preserve the impression from letterpress. He also recommends using a different damping technique for letterpress, one that is messier but which retains the plate mark (the preferred method of damping with blotters would flatten it out). 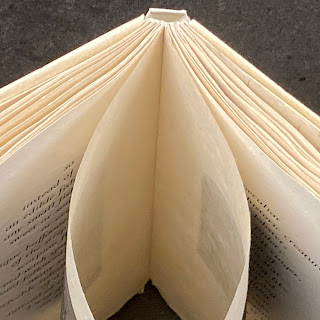 Many printers have side-stepped this question by simply not combining the two methods on the same sheet: the intaglio prints are inserted, as plates. It’s essentially the strategy I chose for Iskandariya (2007), for several reasons. The primary one was that the intaglio was to be done by the artist, and she was 3,000 miles away. I didn’t (and probably still don’t) have the courage to add the letterpress after her intaglio – my wastage was much too high when we did that book. And we couldn’t come up with a satisfactory way to deal with the plate mark on the verso of a sheet. Our solution was to interleave the etchings between each opening, and print two on a sheet that was then folded and bound at the open edge, so that the plate marks where hidden within the folded sheet. (Image below shows how the two halves of the open edge where folded to make a tab used to sew the sheet in.) This allowed the letterpress and intaglio to proceed independent of each other, and on different papers. It was an elegant solution for that book, but I still hanker to make a book that combines the two methods on at least a few pages. It might happen yet. 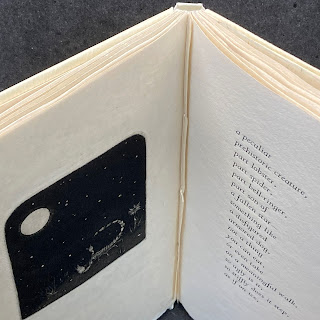 Here are a few contemporary press books/printers I know that that combine intaglio and letterpress: 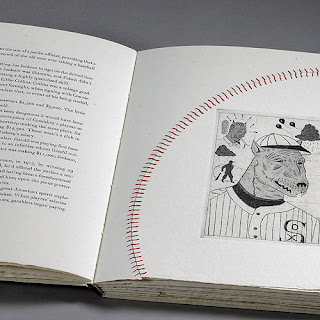 Sherwin Beach Press’ Ballet for Opening Day. This book doesn’t combine intaglio and letterpress on the same sheet, but they came up with a brilliant way to integrate the two: sewing them together like the stitching on a baseball. This also allowed them to use one paper best suited for the letterpress, and a different one best suited for the intaglio. 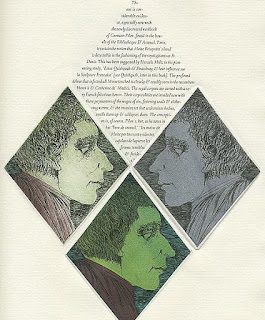 Leonard Baskin’s Jewish Artists of the Early & Late Renaissance is a master class in what can be done with patience and skill. (Note that it avoided the plate-mark issue by printing rectos only.) 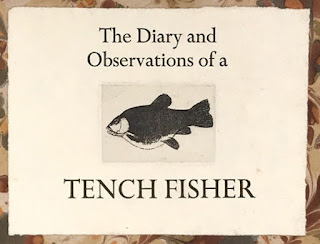 Bob Wakefield has been printing both the letterpress and intaglio in his Chevington Press books since the 1980s. Beautiful & unique work.

I’m sure there are many others unknown to me; send names & links, I’ll add to the list. If you’re interested in reading more, see this page from the Folger Library, or this one from Cambridge. 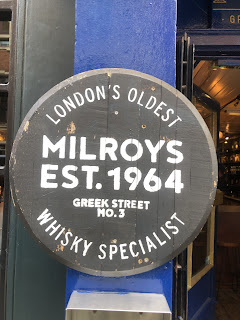 The above was recently spotted by HM’s London agent. If I’m not related to these people, I will be soon...