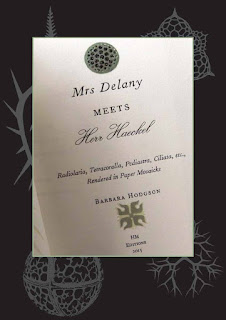 Sent out a prospectus for Barbara Hodgson's Mrs Delany Meets Herr Haeckel to our usuals last week. Details here. If interested contact one of HM's booksellers (at right). Only a few copies remain reserved, and it looks like they'll be claimed by the end of the week. 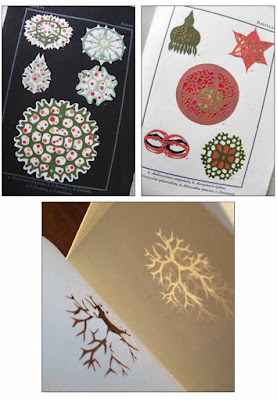 "An imagined collaboration between Mrs. Mary Delany (1700-88), an English widow, woman of accomplishment, and creator of imaginative botanical “paper mosaicks,” and Herr Ernest Haeckel (1852-1911), a distinguished and controversial German biologist and artist, who devoted much of his time to the study and rendering of single-celled creatures. The book, which expands on a paper-cutting theme presented in Cutting Paper (2013), presents 58 cut-paper interpretations of microscopic organisms tipped on to 11 captioned plates.

"An introductory text provides some biographic background for Delany and Haeckel and describes how the cut-paper renderings could have come about. An appendix provides a detailed taxonomy and nomenclature for each of the plates. Tipped-in cut-paper embellishments are incorporated with the text on several pages. The book (6 x 8.5 inches, 56 pp.) is set in Fournier and printed on dampened Arches wove with the handpress at Heavenly Monkey.

"The edition will be uniformly bound by Claudia Cohen in full leather with extensive gilt tooling, to a design by the author. Each copy from the edition of 25 will be signed by the author, binder and printer, and issued in a clamshell box. Printed in the fall of 2015, copies are to be issued spring 2016." 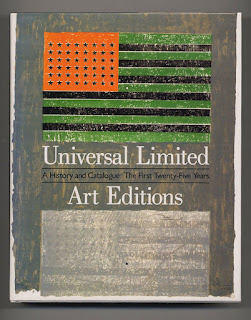 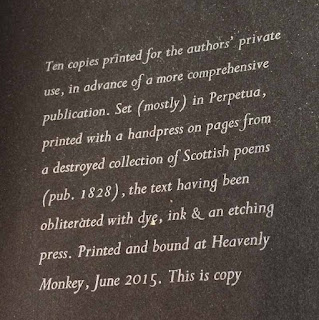 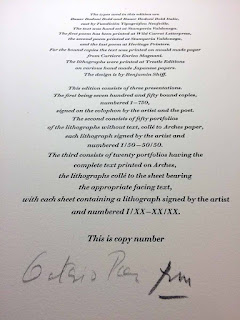 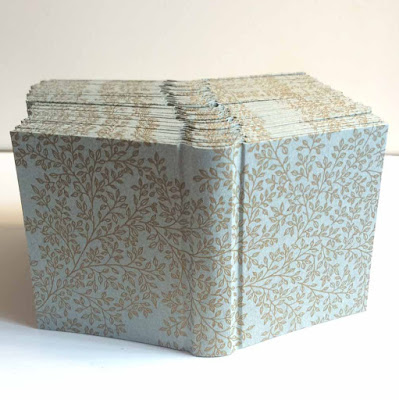 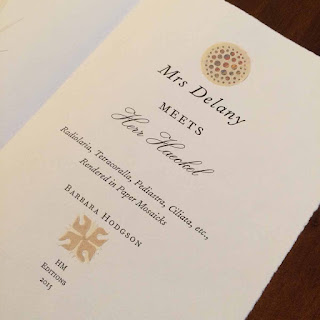 Sorry for the delayed post; it's a holiday week up here. We'll keep it simple with just a few shots from Barbara's upcoming book, Mrs Delany Meets Herr Haeckel. A completed set of sheets stopped by the studio before getting shipped off to Claudia's bindery. 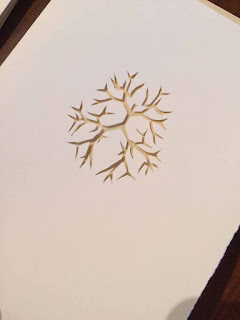 The sense of depth & shadow that Barbara achieved with the cut-outs in the book are stunning. One page, which precedes a new section, yields an unexpected effect when turned, almost like a prism, where the light strikes the underlying page. We spent a few minutes playing with just that page! 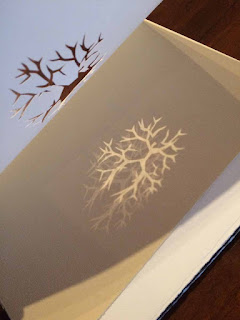 Binding work proceeds. Final details about the book will be going out to our booksellers soon. If you're a collector interested in the book, get in touch with one of HM's booksellers now to reserve one of the 25 copies. 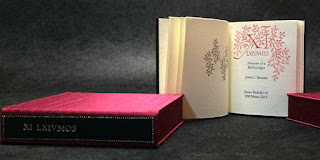 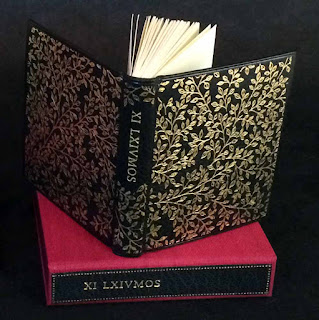 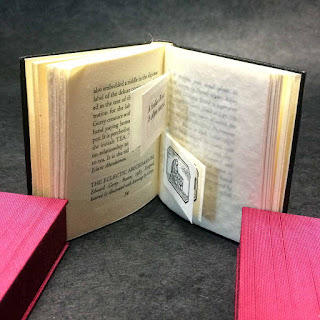 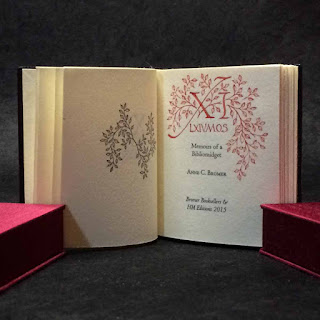 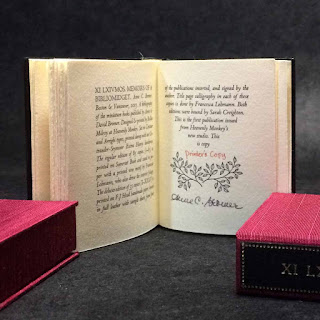