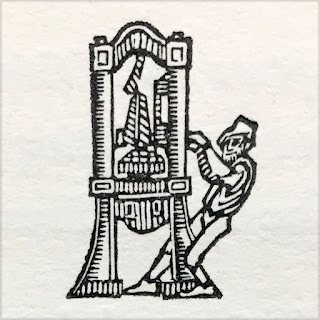 Not only is it the first of a month again, it’s the start of another year. Come back in December to see how much of the following happened... 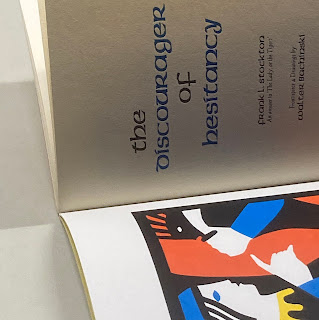 Will Happen: In about a month HM will issue two short stories by Frank L. Stockton, each featuring an original color frontispiece by Walter Bachinski, plus illustrations by him throughout the text. Image above intentionally vague; I’ll post picture of a bound copy next month. 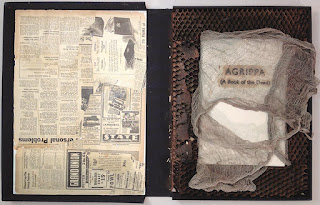 Will Happen: I’ve been invited to participate (virtually) in a panel discussion about Agrippa: A Book of the Dead, part of a two-day conference about the book/project/concept/thing being organized by a Cambridge PhD student in May. Four scholars and me; think I’ll mostly keep my mouth shut. I believe it’s being streamed, details to follow. 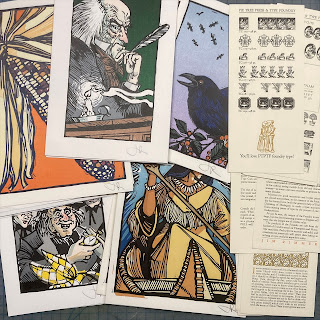 Will Probably Happen: Shortly after Jim Rimmer’s death, in 2010, I purchased a small collection of color linocuts from two of his publications, all initialed by Jim. I also acquired multiple copies from a set of 13 cards displaying the various rules and fleurons he could cast on order (date of issue unclear, possibly early 1980s). I’ve spent the years since pondering what to do with it all and have settled on a plan: a short book (about 24 pages) reprinting an article about Jim and his metal types by Will Rueter originally published in DA in 2003, plus a checklist of the books (only) issued by Jim’s Pie Tree Press, and samples of his metal and digital type designs. Each copy will include one of the initialed linocuts and several of the cards. 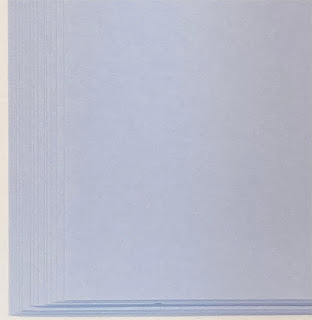 Could Happen: I want to publish a short history on the above topic but need to find a German translator & it’s been proving difficult... 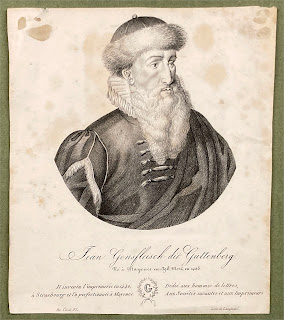 Might Happen (but probably not in ’23): I’m working on a chronological history of recorded (written or printed) references to printing with moveable type up to 1550. There’s a lot of Latin to cope with.
The device at the top was used by the Wesleyan Art Laboratory in the 1940s. Students issued some interesting works on printing history & techniques.
Happy 2023, let’s all try to do better.