Imagine That! HM Gets Into Cornell

Cornell's Walker Library of Human Imagination has organized an exhibition titled Collecting Imagination, showcasing "imagination as a driving force through history and celebrates the adventure of discovery, learning, and creativity." Included in this diverse and centuries-spanning assemblage is a copy of Barbara Hodgson & Claudia Cohen's The WunderCabinet (HM 2011). Have a poke around in the cases. 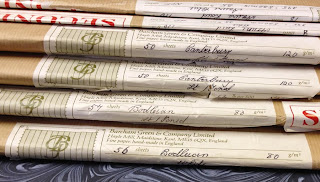 Assembling papers to be used in the (metal) type sample book. We hope to combine at least half a dozen. Yesterday we scored, from the stash of a friend, six packages of Barcham Green seconds from the 1970s. All of them are laid; prefer wove, but this is BG, so we won't complain. About 110 sheets of Bodleian 80 g, and 100 of Canterbury 120 g. Both of those are sufficient in size and quantity to save for their own projects. For the type book we have two small packages of Azure Laid 110 g, a total of 21 sheets. Enough for the planned edition. Interestingly, one of the packs is hot pressed, and has a lovely smooth surface.

Already on tap is a small package of Van Gelder Calligraphy found last year at the bottom of a drawer in a small art supply shop going out of business. We hope to have at least one Japanese sheet in the book; perhaps kitikata, or maybe some gampi made by Reg Lissel.

What's It Called When You Keep Buying Things You Don't Need, and Don't Have Space For? 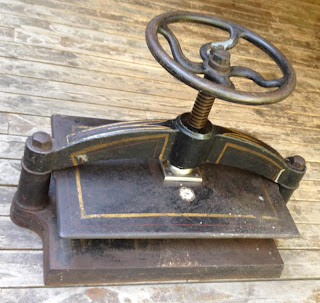 Found another book press. Actually a copy press, but with an opening big enough for use in damping & drying paper. Beautiful thing, and the most skookum press we've acquired. Much too nice to leave in the jumble shop where it was found, in danger of being purchased by interior decorators or movie prop suppliers. So home it came. 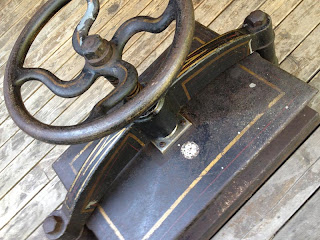 It's slightly bigger than the two currently being used for paper damping (see images & notes here), with a platen that measures 14 x 21 inches. The makers label is worn away, but much of the original paint detailing remains.

While the original plan was to find a suitable home for the press, we quickly decided to keep the new one & re-home one of the other two (the one on the right, below; the platens on those two measure 13 x 18 inches), and this one kept. 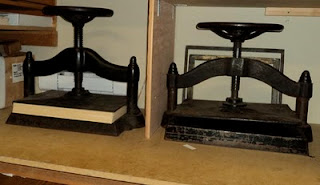 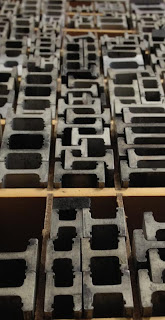 Along with the cases of 1960s Czech type recently acquired, a box full of beautiful aluminum furniture, everything from 5 to 50 picas. Enough to completely purge our motley assortment of wood furniture. 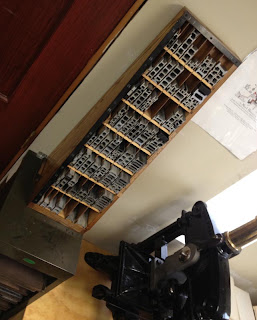 Most of the Czech type has now been distributed and catalogued in the shop. Below is a detail from the previously mentioned broadside that Robert Reid and Ib Kristensen printed in 1965 to show off their new acquisitions. The Unciala and Monument are all at HM now, with the rest to follow.

Plans continue to bubble for a T/P/P companion, playing with our metal types but using the letters primarily to create shapes and patterns. (We do, however, hope to also incorporate some new pieces from HM's favorite poet; permission pending...) 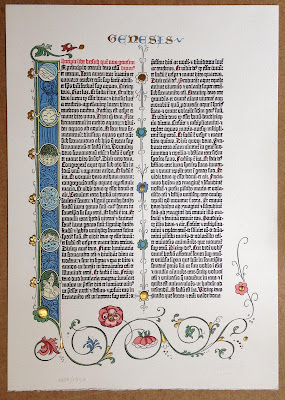 Found at a local thrift shop today, a copy of the facsimile page from the Gutenberg Bible that Jim Rimmer printed. It was commissioned by (if memory serves) Metropolitan Printers, and given out to clients at Christmas c.2000. The page (which measures about 12 x 18 inches) was presented in an elaborate printed portfolio and caused such a stir that one colleague reported people from the IT department storming the Marketing gang in an attempt to purloin the one copy received. The page was printed on Somerset. Jim told us the story of printing the piece once - there was some snafu along the way, might have been with the gold stamping - but can't remember now. The stated edition is 1650 copies, but again Jim said something about that - might not be quite that many out there. 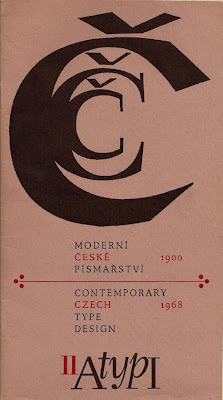 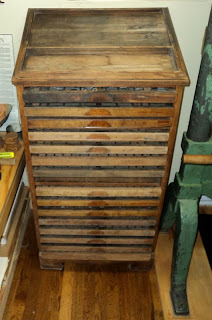 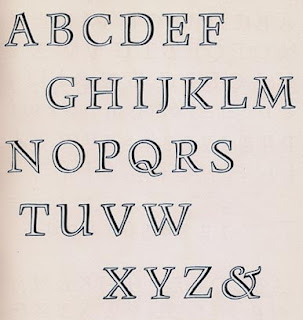 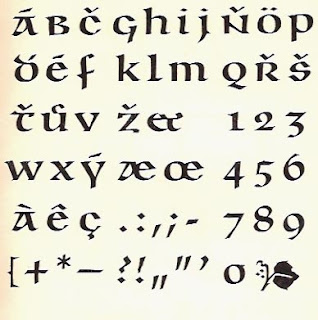 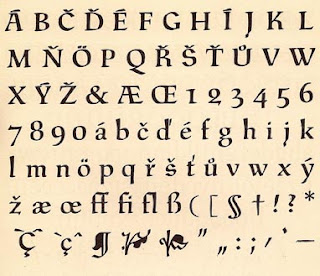 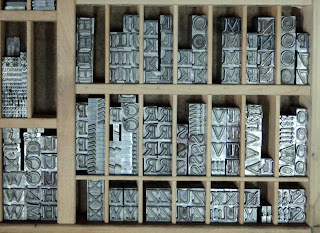 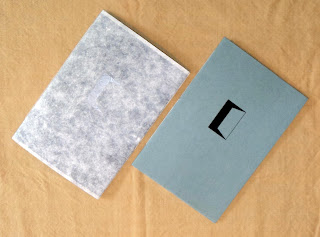 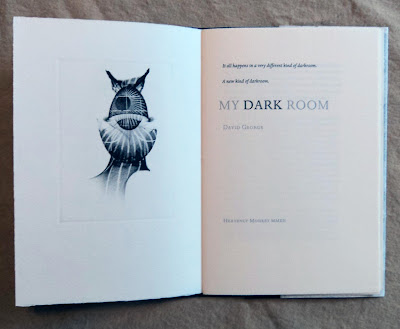 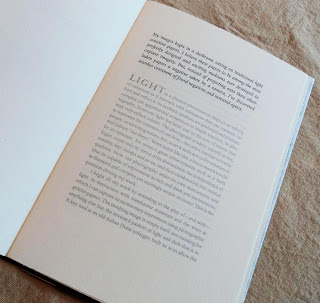 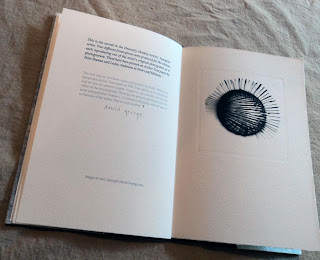 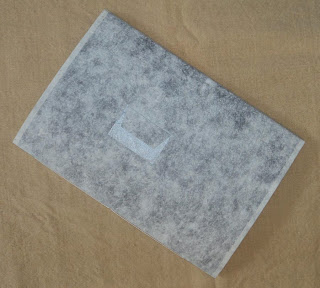 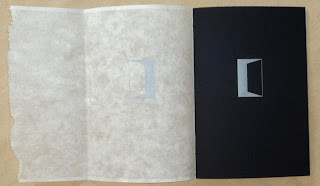 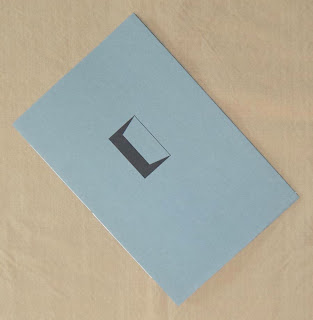