So a friend sent a link to an article in The Daily Mail that included a large photo of a menu for the wedding of two people who just got married (who they are really, really doesn't matter). The friend sent the link because the photo was an example of an affliction all letterpress printers must battle when doing jobs for graphic designers: the demand for "deep" impression, often on paper as thick & soft as coaster board. 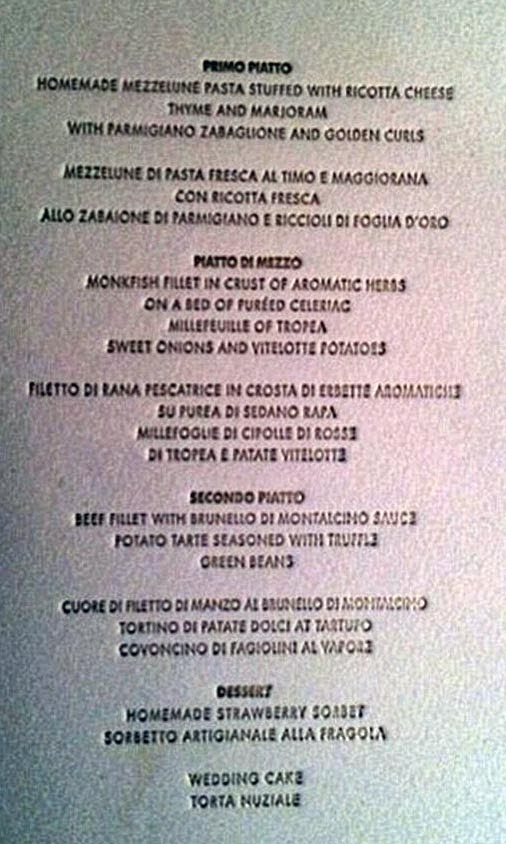 Note how lousy this printing looks. The letters are pushed so deep into the paper that the impression actually distracts from reading. It's so deep that, from this image, you can't even be sure if the darker outer edges of long lines are shadows caused by the depth of the impression, or the tell-tale over-inking of a printer who didn't bother with, or know about, basic makeready.

Graphic designers: do not demand deep impression from your printers. If they're any good, it will break their hearts to print that way. The result simply tells the world you don't know anything about letterpress printing. The right amount of impression is a function of the type, the paper and the form. (No impression also is BS, a remnant from letterpress' later commercial days when offset was in its ascendancy.) Letterpress requires some impression, but not so much that it qualifies as debossing. 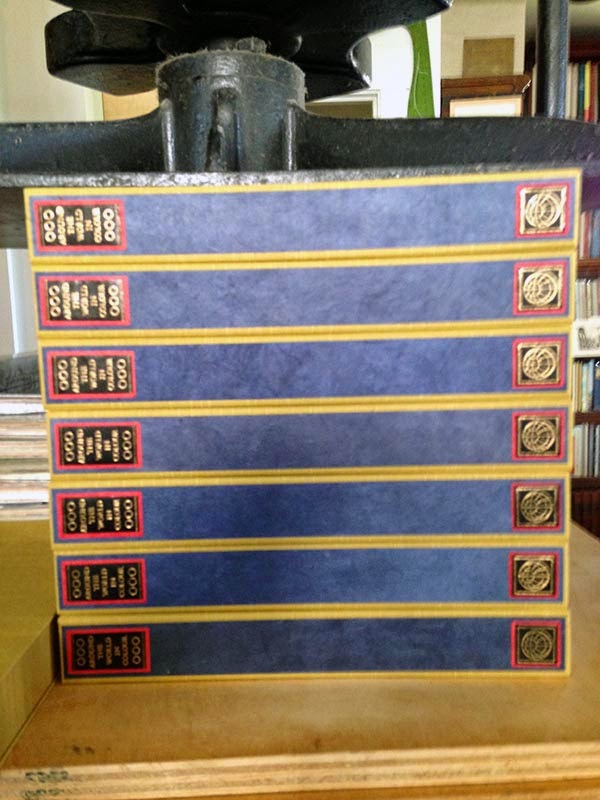 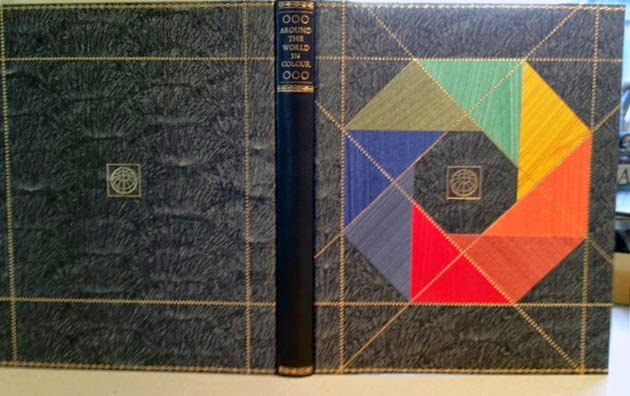 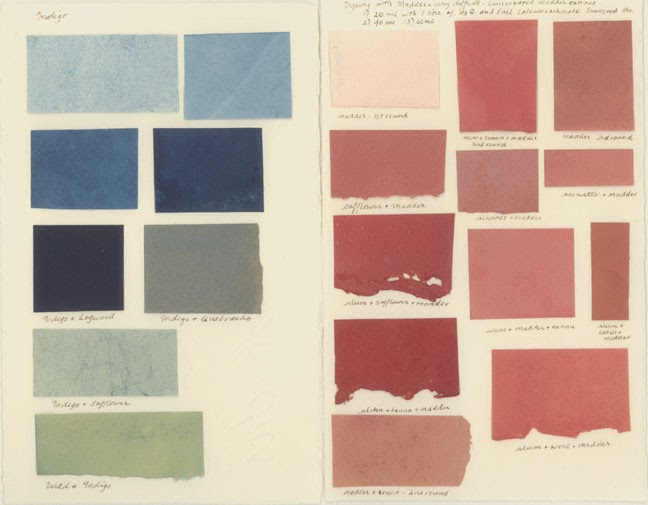 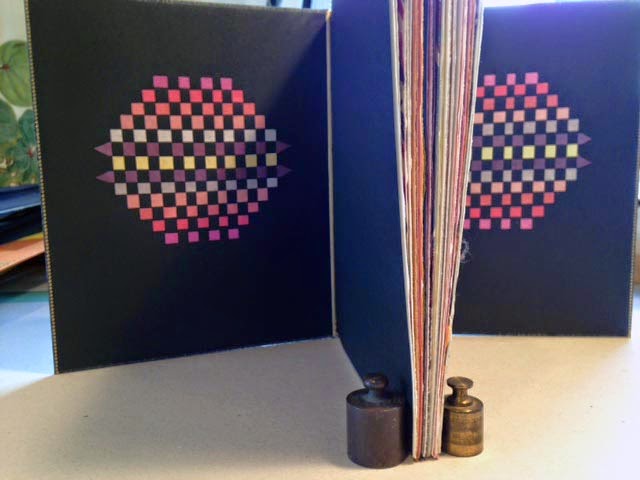 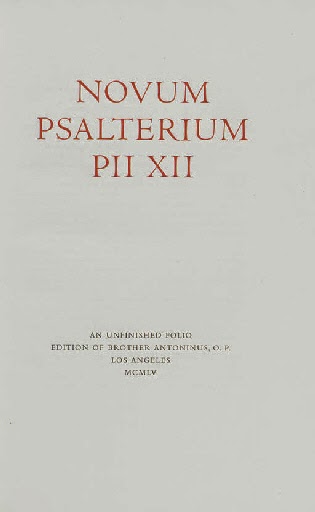 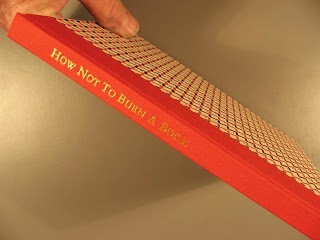 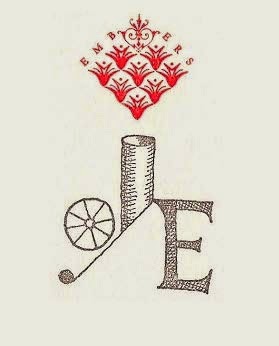 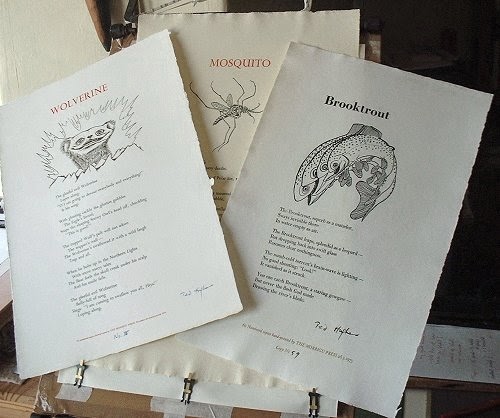 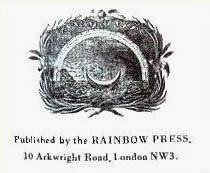 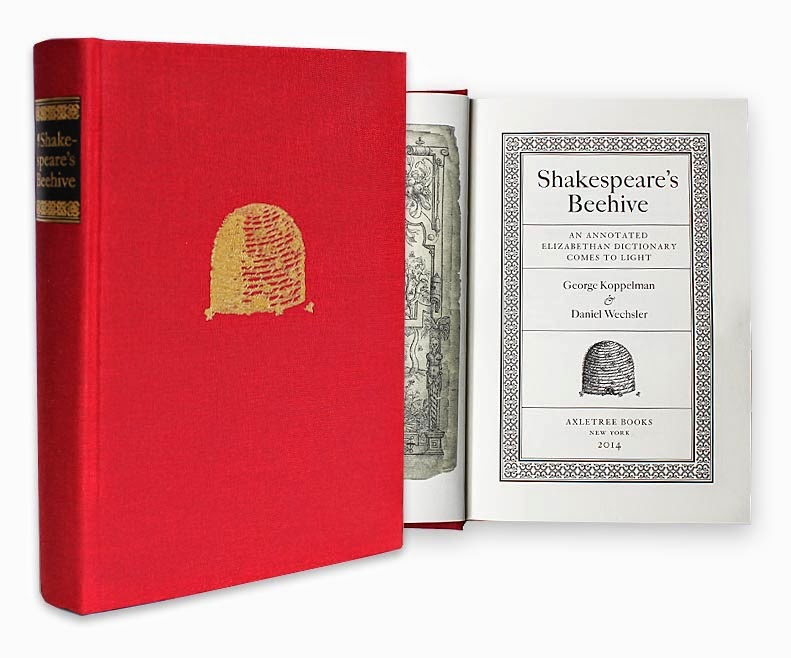 Once again I'm boosting my blog topic from a recent issue of The New Yorker, specifically Adam Gopnick's article "The Poet's Hand." It's about "an early Elizabethan dictionary with contemporary annotations" that two New York booksellers have concluded were made by William Shakespeare. The pair - George Koppelman of Cultured Oyster Books, and Daniel Wechsler of Sanctuary Books - have recently published a book presenting their  case.

Beyond the obvious appeal of being able to claim ownership of a book with extensive marginalia in Shakespeare's hand, such an assertion has deeper implications (which the article explores). In brief, Shakespeare was self-educated - "he got himself educated in modern languages and modern literature by buying or borrowing books." If some of the phrases in this "polyglot helper" (it's a compilation of English words with translation for French, Latin and Greek) can be directly tied to his plays or poems (which Koppelman & Wechsler believe they have demonstrated), the book becomes a direct source into his methods. 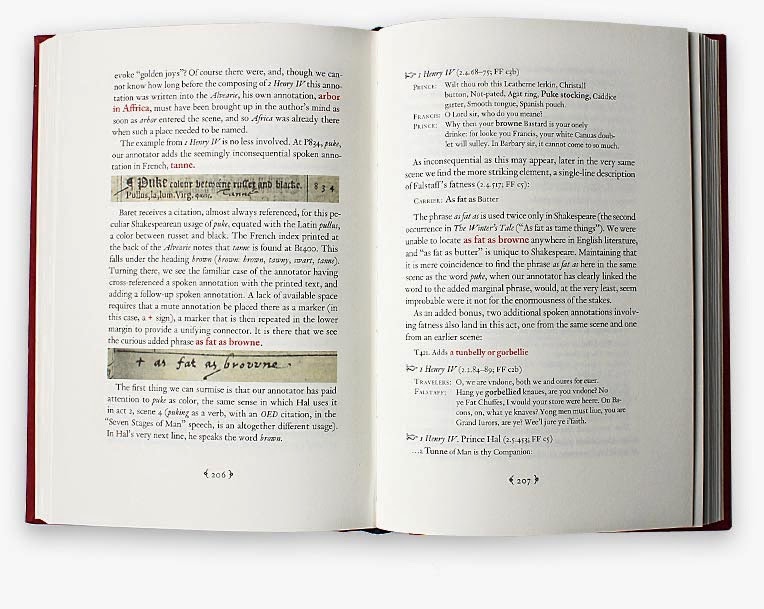 Gopnick refers to the Koppelman and Wechsler book as "self-published," a phrase that still carries a discrediting taint. It's always struck me as odd that we celebrate film makers or musicians who take the DIY route to making and distributing their work, but we still sneer at people who self-publish. Then again, have you seen most of what gets self-published?

But in this case, the publishers seem to have at least invested in producing an attractive book. I'll leave the bun fight over their claim's validity to others. Titled Shakespeare's Beehive: An Annotated Elizabethan Dictionary Comes to Light, the book was designed by Jerry Kelly (well known for his work with David Godine, the Grolier Club, and numerous East Coast booksellers). It's available in hardcover (a limited edition of 2,000; come on guys, that's adjective abuse) or as an e-book. The actual imprint is Axletree Press, which probably is a one-off for this project. Through his imprint Sanctuary Publications Wechsler has issued three previous books, all of which appear to be designed and produced with attention to detail - well-made trade books, and that's not such a common thing. Those books were printed by Meridian Printing, so it might be safe to assume Beehive was too.

Interesting sidebar to the story: the book was purchased on eBay from "an established Canadian dealer." Wonder who that was. Canada can't have more than a handful of established booksellers who deal in this type of item. Also wonder what said bookseller will think if the academy gets behind the current owners' claims. Nothing a bookseller hates more than thinking they sold a book for less than they could have, especially by a factor of a thousand or more. 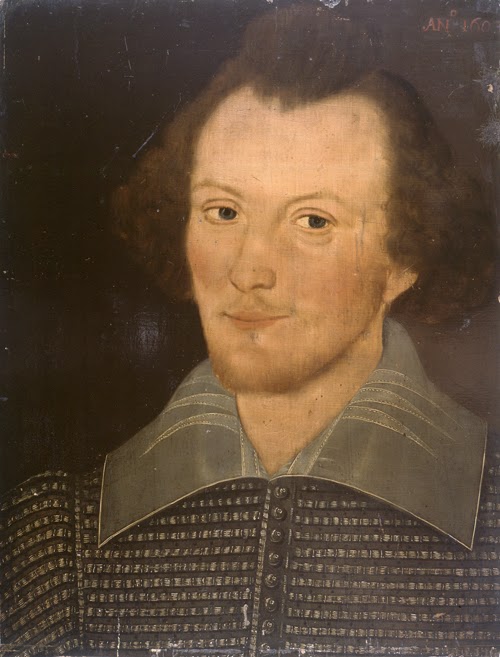 Anyway, check out Gopnick's article. You'll also learn about the real & true (?) portrait of Shakespeare painted in his lifetime, which spent much of the 20th century stuffed under a bed in Montreal. Now it's out from under the bed, but it's in Guelph; not sure which is the better option. 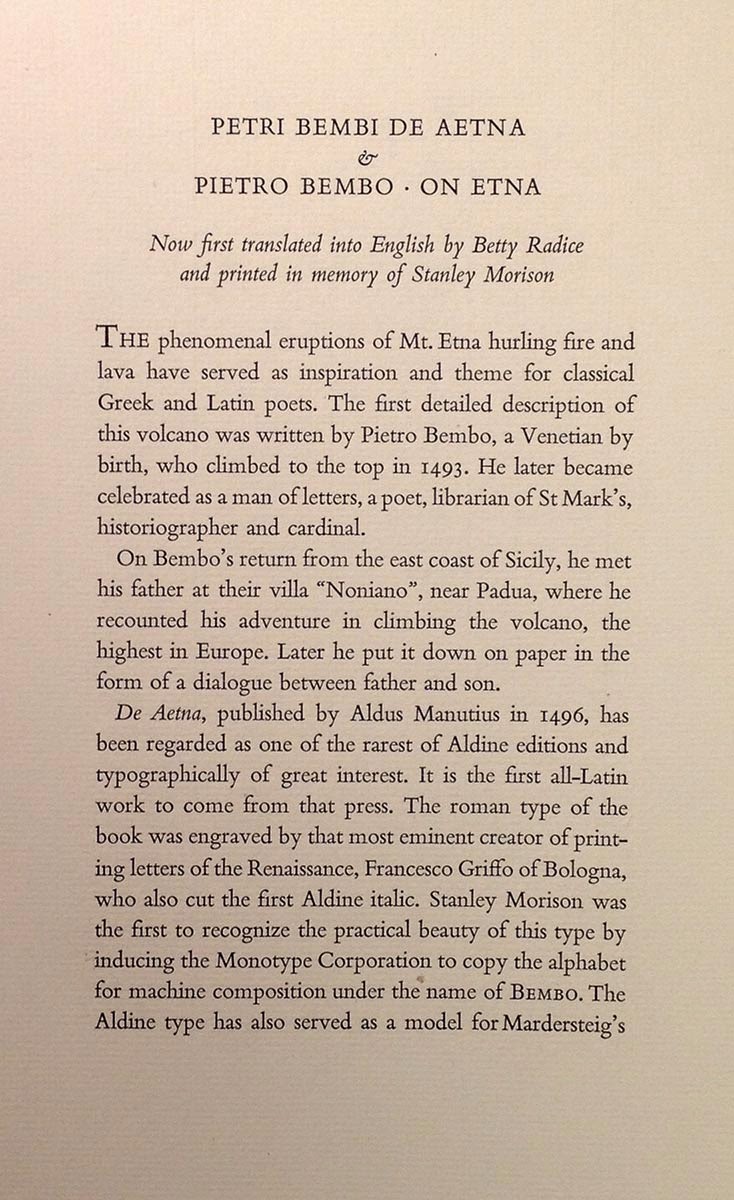 Still waiting on any copies of Mardersteig's edition of De Aetna to come in the mail. Not holding my breath. Lucky for me the kool kids at UBC found me a copy. I also tracked down a copy of Mardersteig's mammoth 1966 essay about Griffo's life and work. But it's in Italian, so gimme a couple of weeks to get through it. 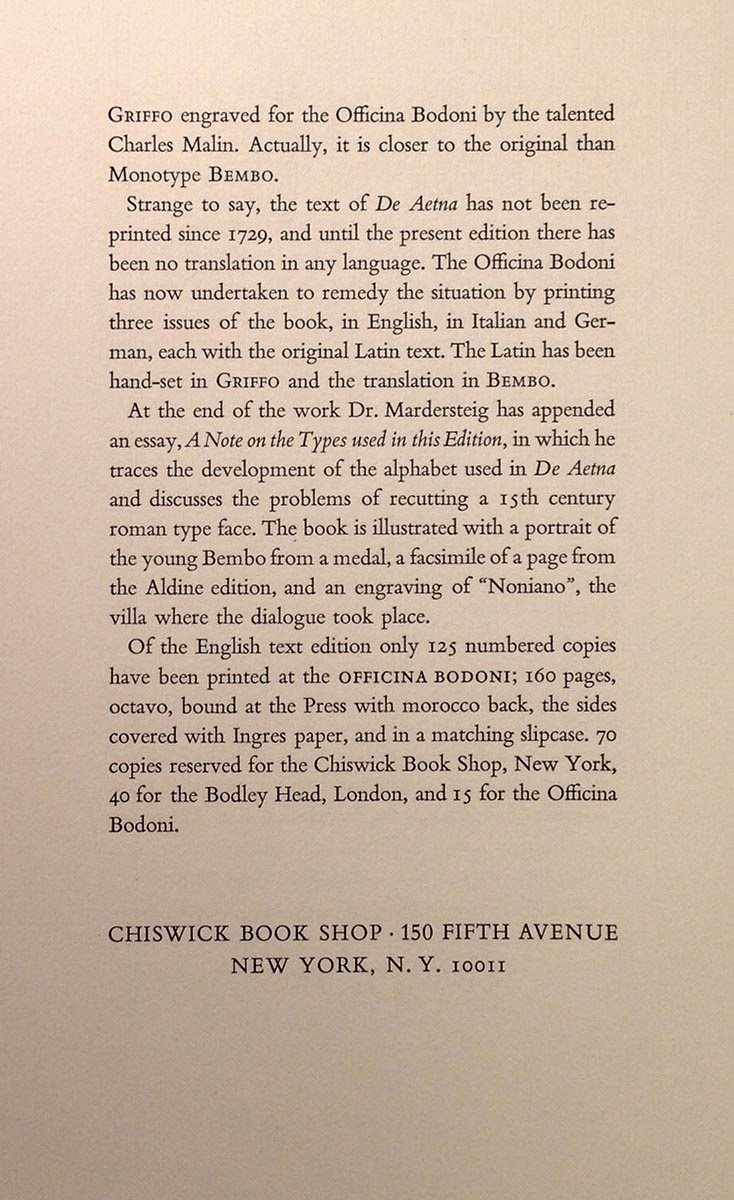