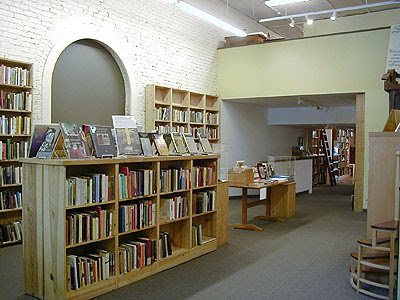 Our friends at Wessel & Lieberman Booksellers in Seattle are having a (rare) 30% off sale, starting tomorrow (Tuesday 29 May) and running until June 12. The sale is for items listed on their site only; the code Sale2012 gets you the discount when completing a transaction. For more than two decades this shop has been perhaps the best source for contemporary fine press and artists' books in the Pacific Northwest. Numerous shows featuring different aspects of the book arts have been presented in the shop's charming space as well. Check it out, get to know them. 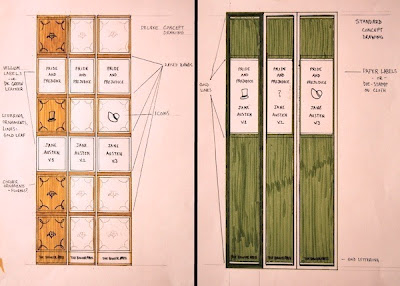 Twenty-three is the steel letter aniversary. Some cool old letters now adorn the archway leading to HM Central. A foot tall, made of sheet metal, & heavy. Designed to fall on the noggin of anyone outside the clan who comes by without calling ahead. 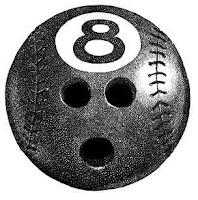 What news....Oliver Clark, over at Collinge & Clark, recently issued a newsletter featuring some kind words about Types/Paper/Print. He also welcomed the first copy of Jim Westergard's Oddballs to cross the Atlantic (at least, as far as we know). Be interesting to hear what they think of Jim's unique sense of humor over there...

Saw the deluxe issue of the catalogue for Charles van Sandwyk's recent exhibition of books held at the University of British Columbia's Rare Books Library. Designed & produced by CVS very much in the style of his own trade publications, it features an original, signed etching sewn in, issued in an edition of 100 copies. These are $300, available from the library or (probably more easily) this shop. There also is a trade edition of the catalogue (different jacket, no etching)... 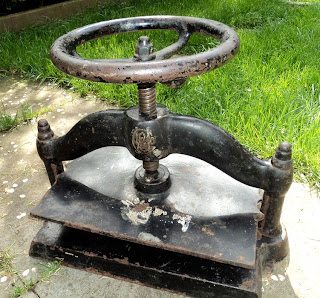