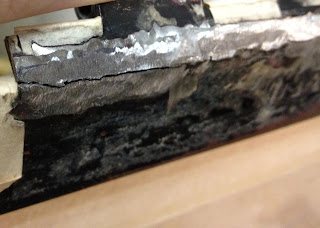 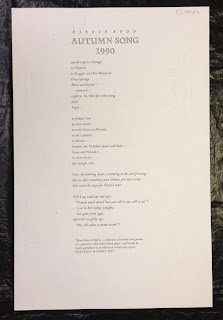 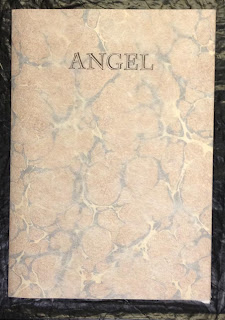 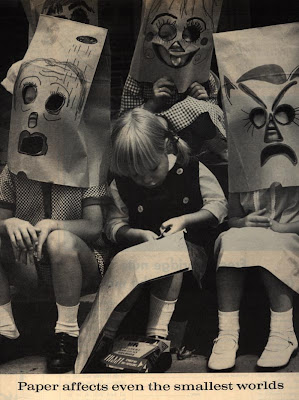 Cutting Paper, the next book from the Hodgson/Cohen team, is making progress with many small, precise cuts. In terms of collating the signatures and many samples presented on individual leaves, it is perhaps the most complex book the two have yet undertaken (which, when you consider The WunderCabinet and their color series, is saying something). 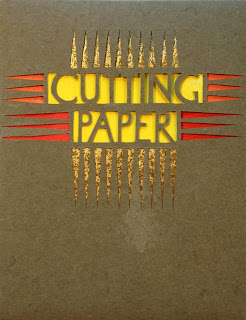 Over the past eight months Barbara has worked full-time on the brief essays describing each of the sections focusing on cut paper art from specific countries, cultures and techniques, and the overall design for the book. Claudia has been developing ideas for the binding (handmade paper with the tile and designs cut out, over thin boards; an early prototype shown above), and both of them have been hunting for historical samples (in sufficient quantities for the edition) and creating original pieces for the book (Claudia's poor apprentice has been cutting out dozens of tiny paper swans). 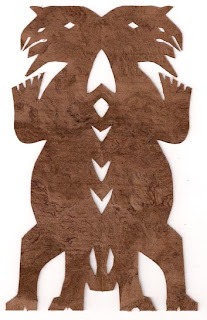 A page for the book has been added to the HM site, with some additional details. We'll continue to post project updates on this blog as production progresses. We will have a copy on display at the Codex book fair next February. Later this month we will be contacting our regular booksellers and collectors of previous works by Barbara and Claudia, to reserve copies. Like their previous books, we expect demand to exceed supply (the edition will be just 30 copies). 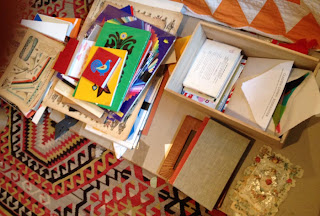 Magic In the Air 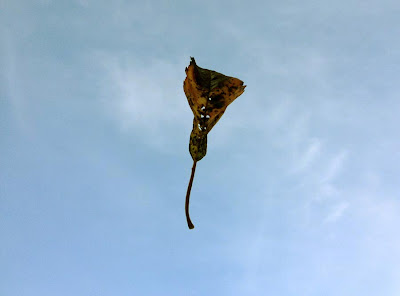 The rules of the universe don't always apply at and around HM. For example, today: a leaf frozen eight feet above ground, outside the studio door.

Back from the Seattle book fair. A comparatively muted affair this year. One fun treasure: a folio-sized pamphlet titled "A Typographic Divertisement" for a joint meeting of the Roxburghe and Zamarano clubs, 1966. 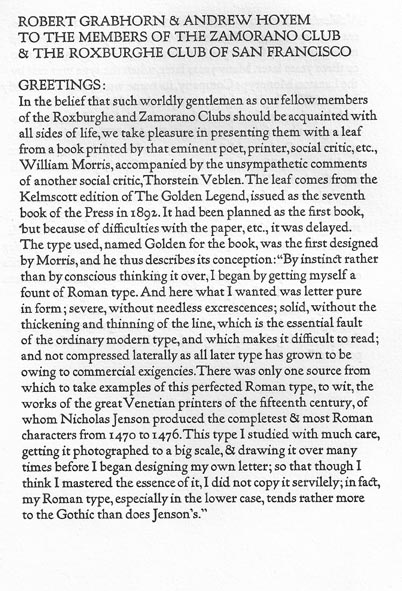 The paper is an unidentified but beautiful handmade. Goudy's type is well-suited and attractive. Veblen's comments, taken from The Theory of the Leisure Class (1899), are the usual whinings of someone who objects to books being treated as anything but pottage for "the people." One great line, however: "The claims to excellence put forward by the later products of the book-maker's industry rest in some measure on the degree of its approximation to the crudities of the time when the work of book-making was doubtful struggle with refractory materials carried on by means of insufficient appliances."

Insufficient appliances; and excellent motto for HM. And the pamphlet is a perfect companion to our copy of The Kelmscott Golden Legend (Yellow Barn Press, 1990), which also includes a sample leaf. 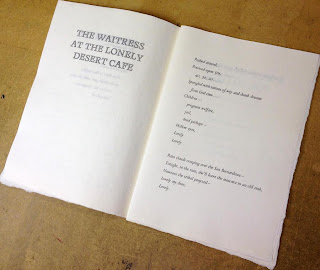 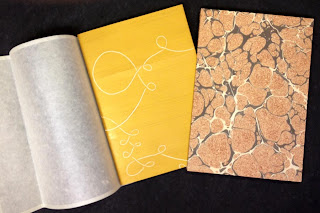