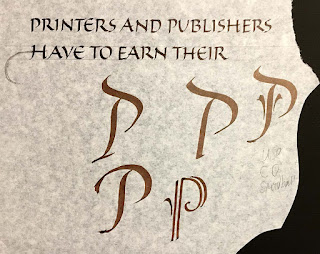 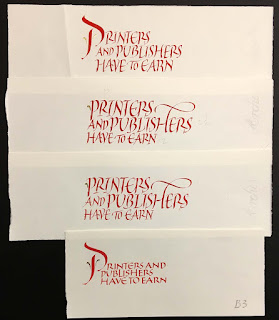 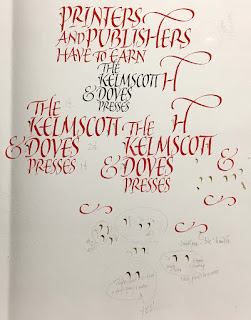 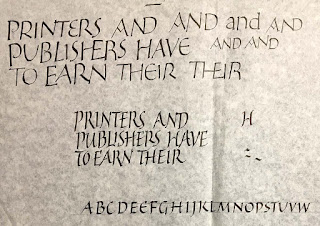 I have an interview with Martin Jackson, about his career and work as a calligrapher, for this month's blog post, but we're just putting the final polish to it; as a placeholder, I present a short bibliomystery... 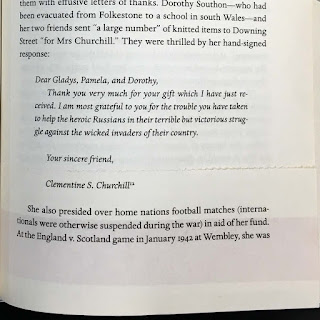 It was discovered in a recently published book someone brought home from the library. Page 303 has what I initially thought was a cancel inserted, but the verso (page 304) actually is cut about 1 cm short (the cancel is cut to the proper depth). The stub is adhered by a wide strip of rust-colored adhesive tape. A cencel in a modern book would be unusual enough, but peeling the stub back shows that there is nothing printed beneath - no text to cancel. 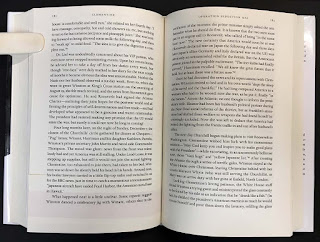 Then we discovered a similar stub on the leaf with pages 281/282. That leaf also is cut about 1 cm short, and presumably might be the conjugate to leaf 303/304? (Naturally, the book is perfect bound, so it's difficult to tell where a section starts and ends.) The stub is the same height as the other, but the adhesive strip is differently placed (see image of the closed book's fore edge at bottom). 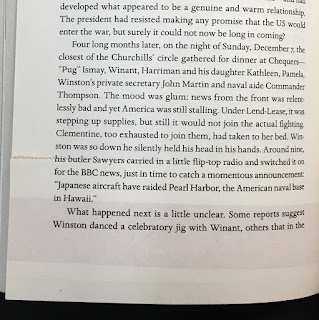 But here's the weirdest part: the paper was like this when it went though the press. You can see the line of text printed across the overlap of the stub on leaf 281/282. Is this simply how one roll of paper is spliced to the next for offset web presses? If so, why doesn't it appear in the whole section of this copy? Something to ponder while waiting for Martin's interview to go up. 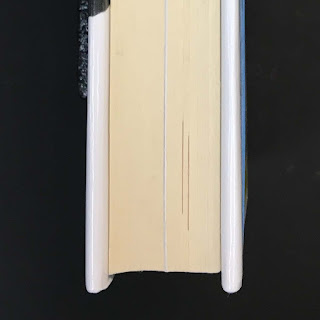