One Last Spin with the Kelsey 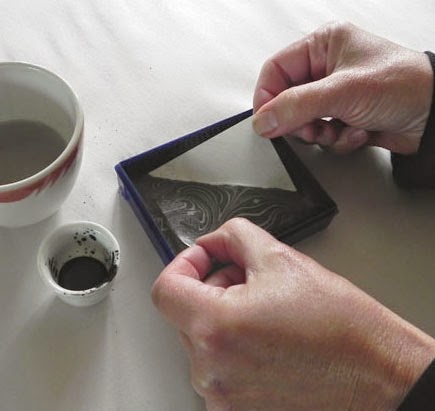 Remember that blog about the tiny sheets of suminagashi marbled paper (yes, that's redundant, but just for those not in the know) that Barbara was making a while ago? The text pages for the miniature books of those specimens got printed last weekend, and it was noteworthy not only for being the only HM book that will be printed while we are on the lam, it is also the last book that will be printed on HM's first press. 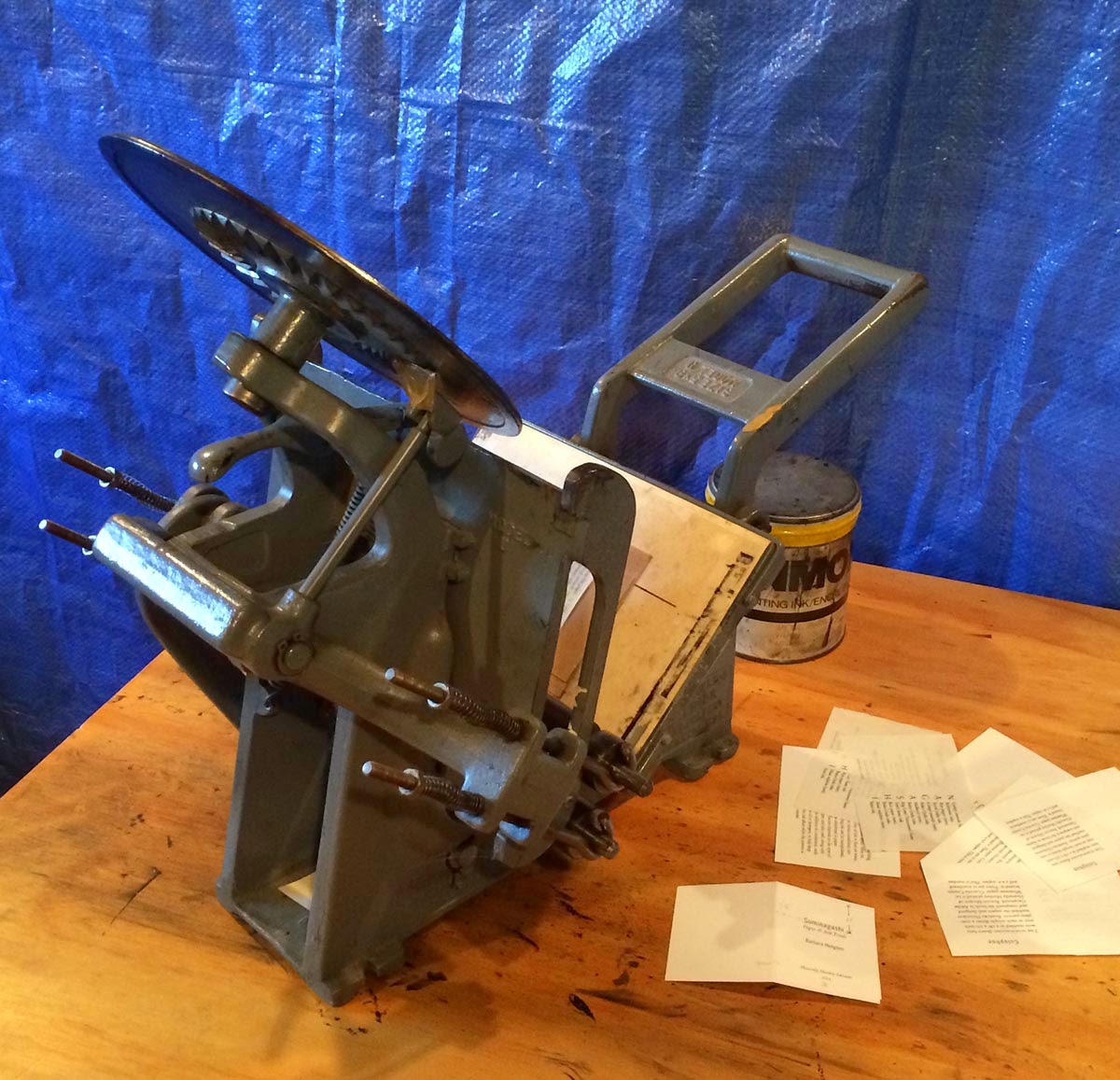 This Kelsey Excelsior actually predates HM. It was used to print the three A Lone Press publications, including Fragments & Glimpses. Under HM is was used to print Ars Anatomica, Jim Rimmer's Duensing specimen miniature, and a few other things. But for more than five years now it's been tucked in a corner, so with the move to a new space, I decided to find it a home where it will be used. It's going to a young graphic designer keen to learn about letterpress. I'm not very keen on miniatures anymore. They're OK for something like Suminagashi, when the content suits the small size, but otherwise eh. If HM publishes any more, I'll print them on the Albion, like I did for the last miniature we issued. 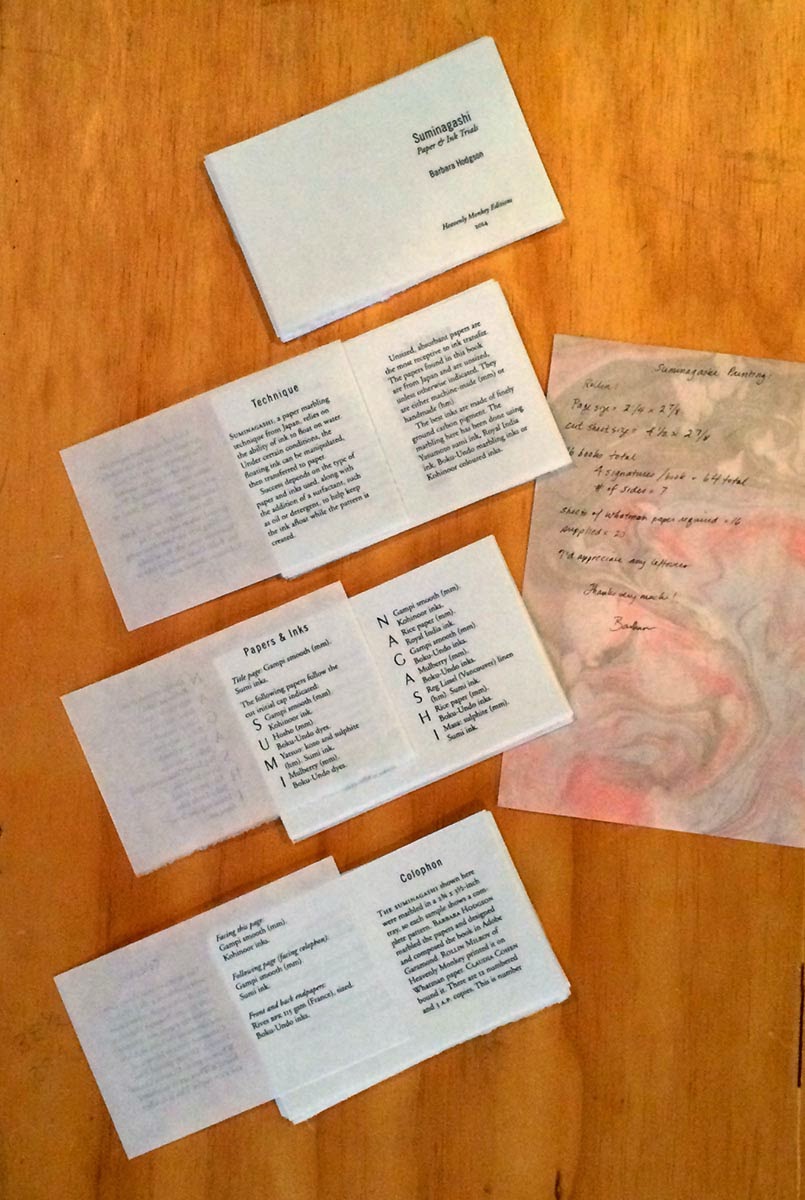 The pages for Suminagashi were printed on J. Whatman handmade paper, a mixture of wove and laid. The edition will be just 12 copies, as that's all Barbara had enough samples to make up. It'll be issued before the end of the year.

Here's a shot of my own attempt at marbling, a.k.a. ink smeared on the counter top & photographed when the phone was absent-mindedly put down. Looks like the cover to a Cocteau Twins album. Beautiful. 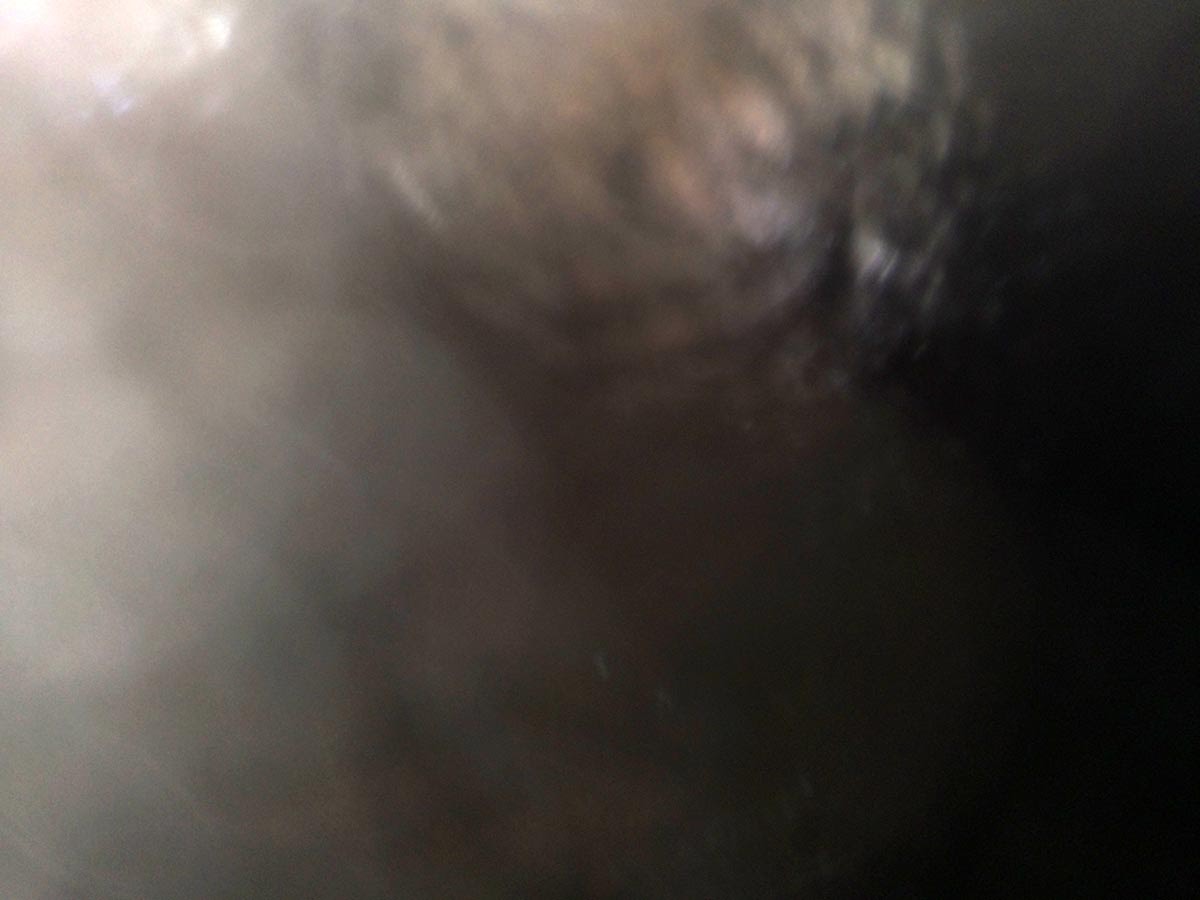 AND ANOTHER THING
The promised blog with technical details about printing with steamrollers is still happening. Just couldn't get all the details in time for this week...

It Depends on Your Perspective

Apropos nothing in particular other than art & design, I love this series of photos by Duane Michals titled "Things Are Queer" (1973). There's an article about it by Jonathan Wienberg over here.

It gave me a rush the first time I saw it (and subsequently as well). I want HM to publish books that elicit that same response (which the ones by Claudia & Barbara typically do). I cannot decide if it's odd that almost all of the art that inspires me comes from outside the realm of books and printing.

The recent post about printing with steamrollers seemed widely popular, so next week we'll have a follow-up: a more detailed description of exactly how the printing was done, from inking thru driving, plus a comparison of methods with Seattle's big print event earlier this month. 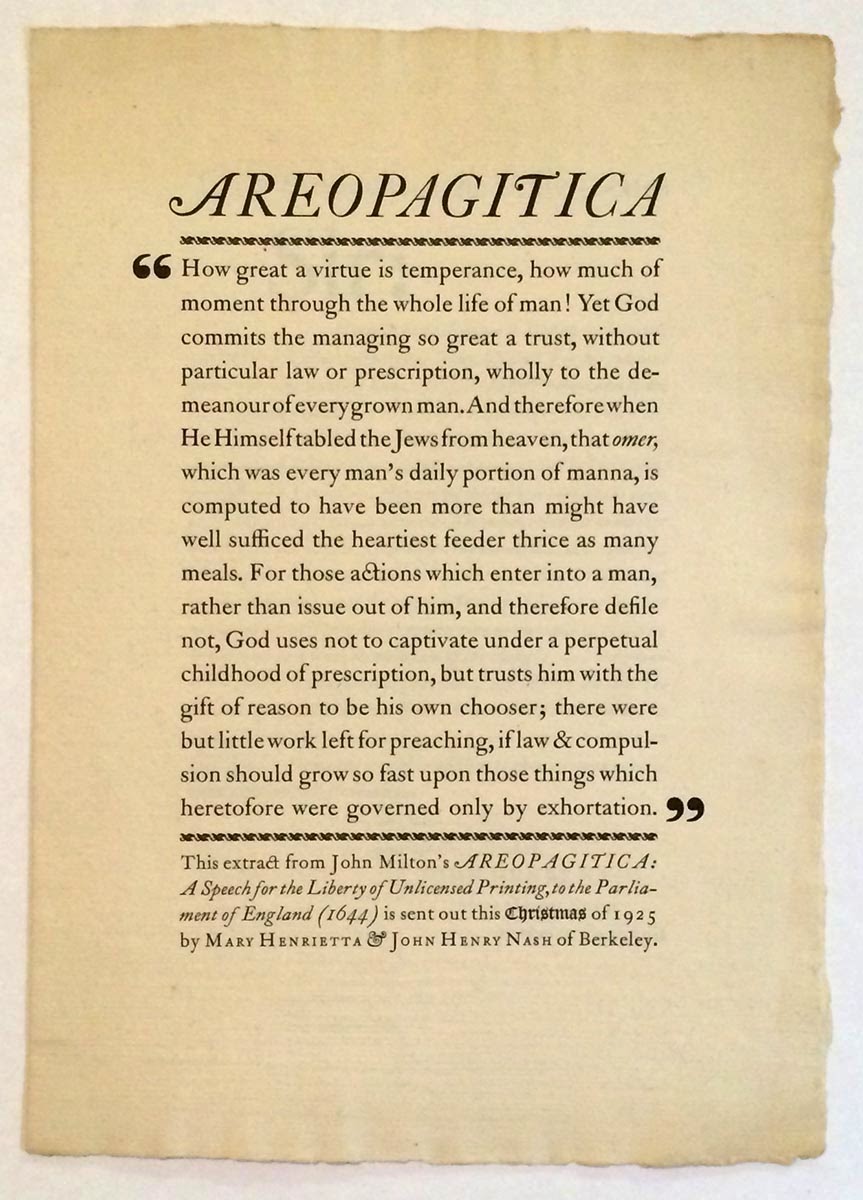 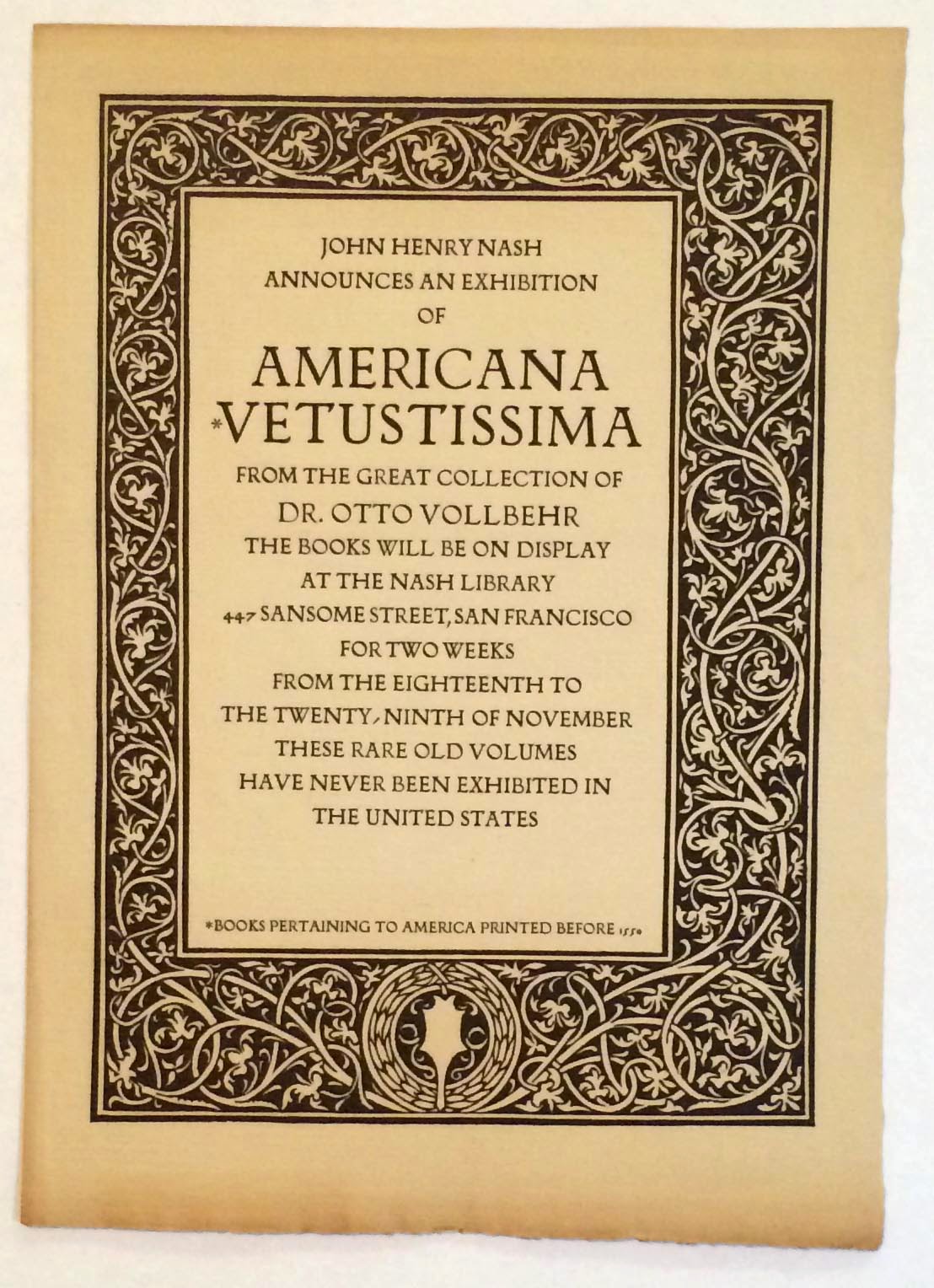 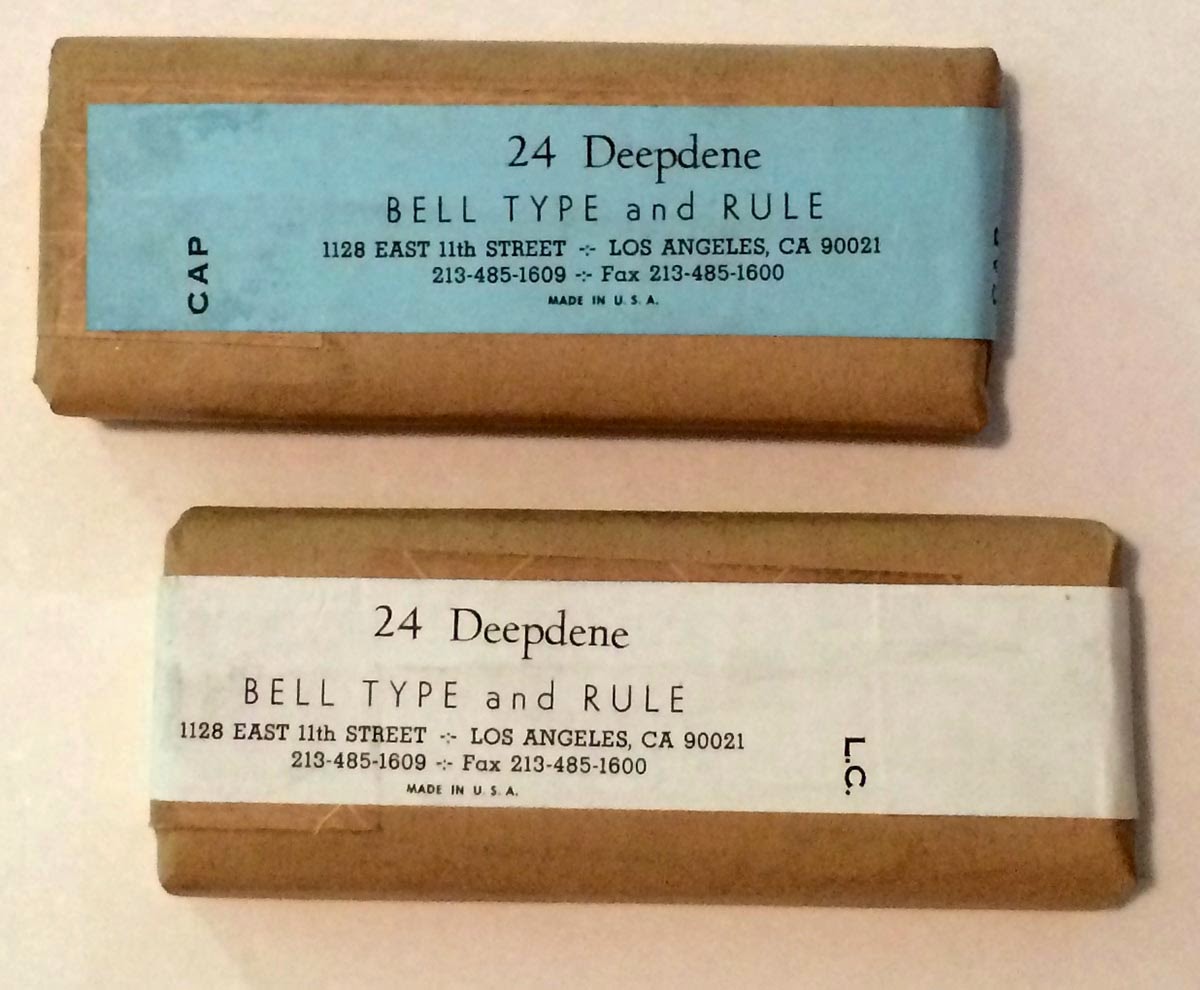 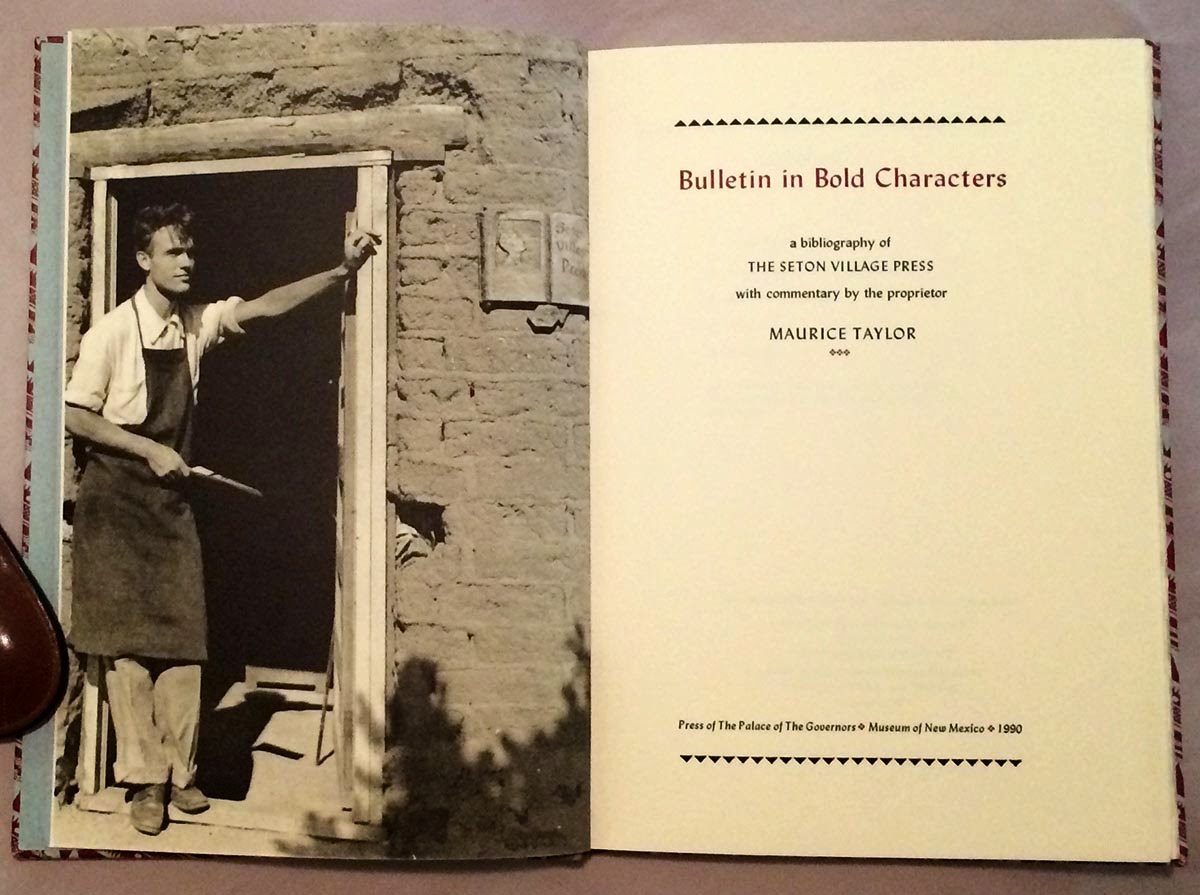 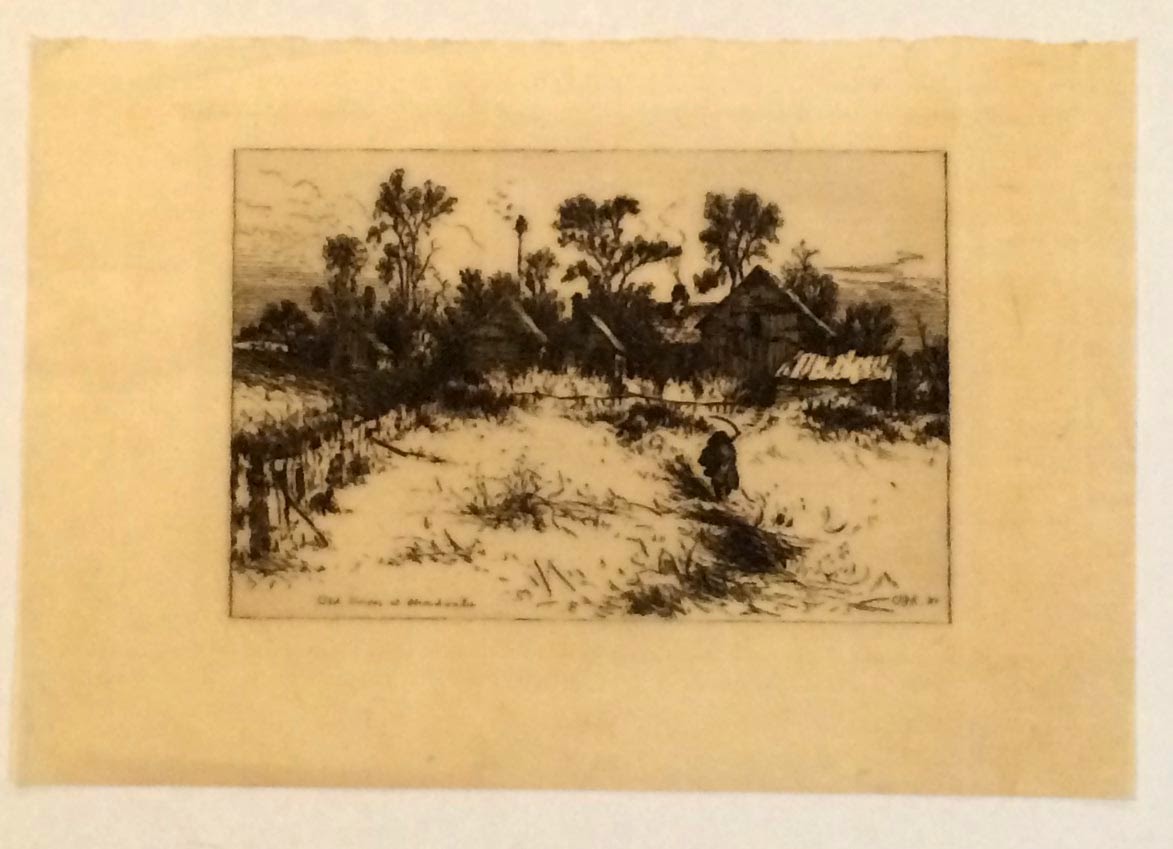 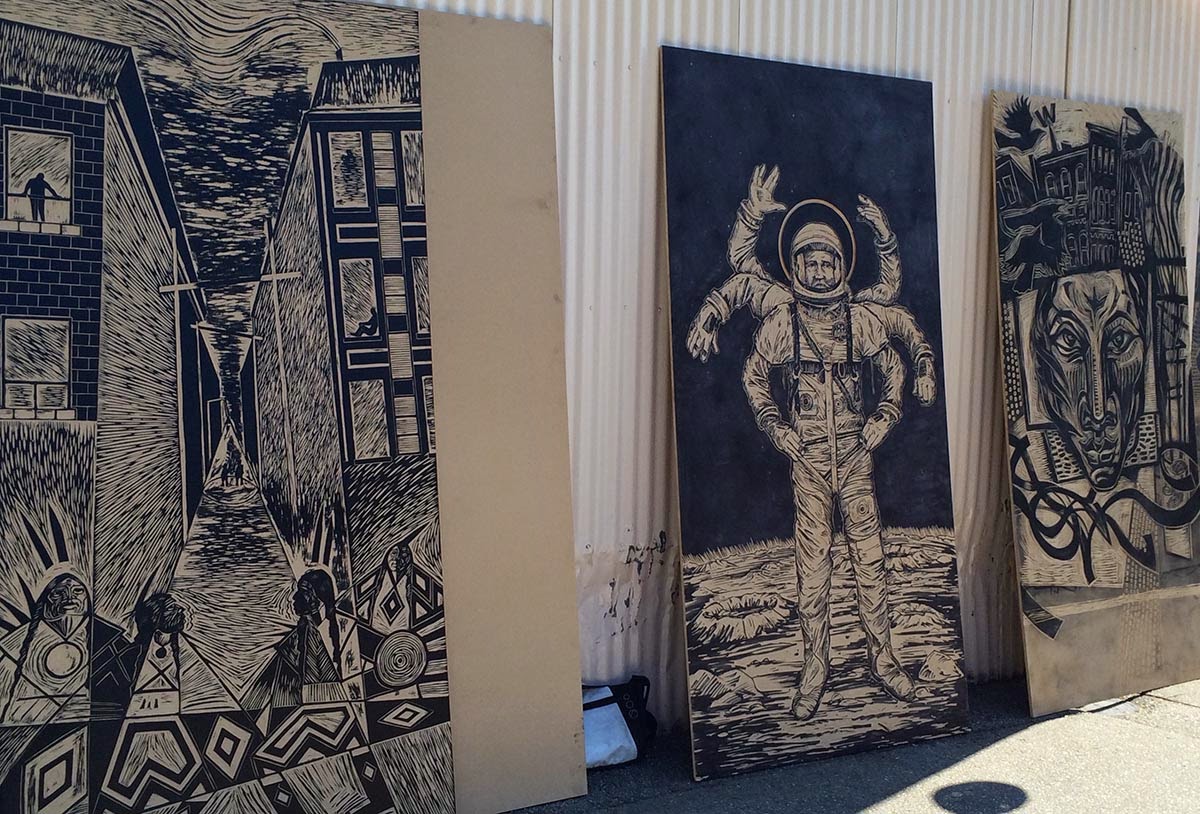 The gang at New Leaf Editions were having fun in the sun last weekend, printing 4 x 8 foot woodcuts with a steamroller. They had about five different blocks, each by a different artist. Inking each one up took five or ten minutes and a small team of inkers. 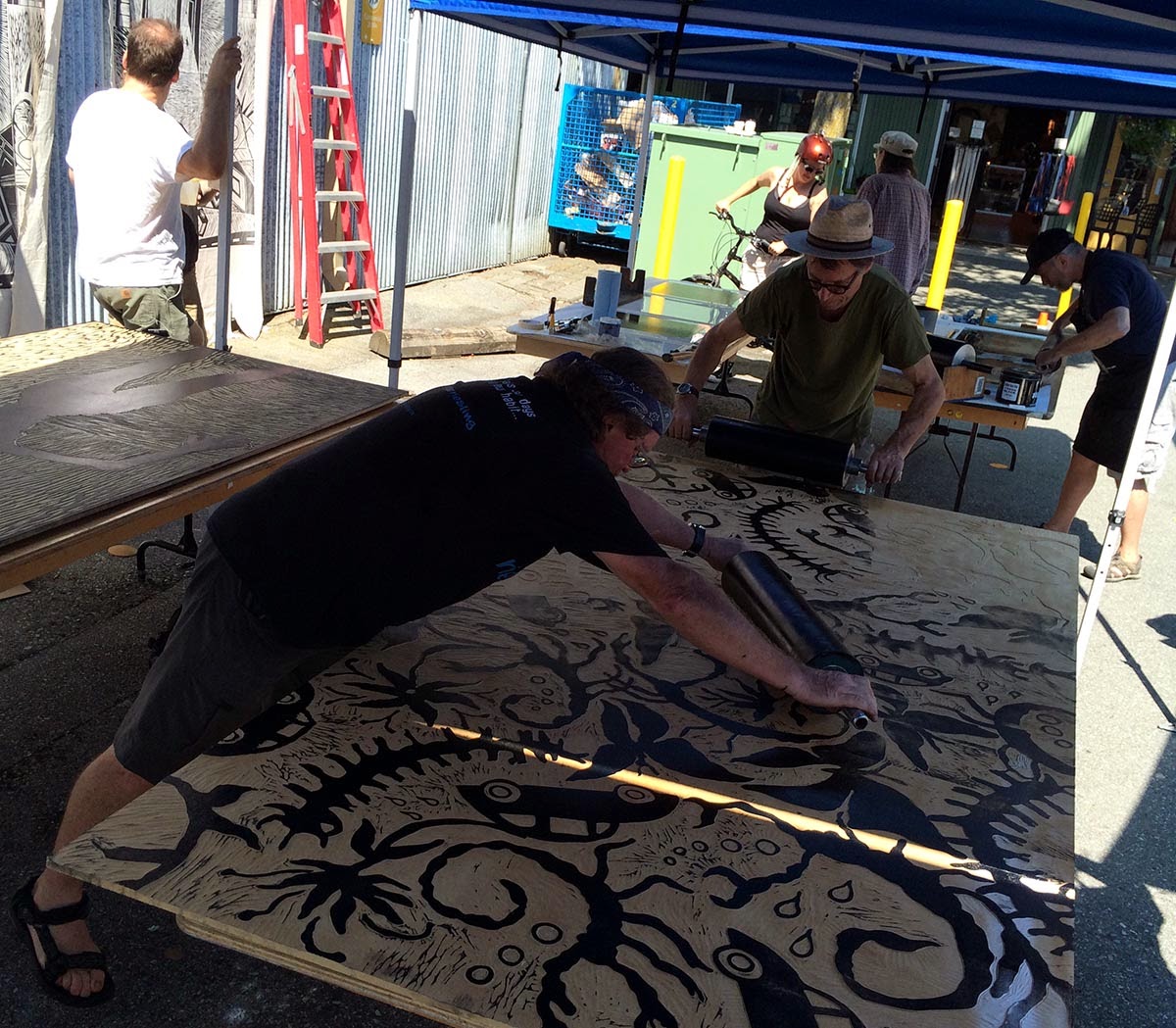 The blocks were laid on the pavement and the paper or cloth to be printed laid over. It was all then covered with two rubber blankets (one thick, one thin). 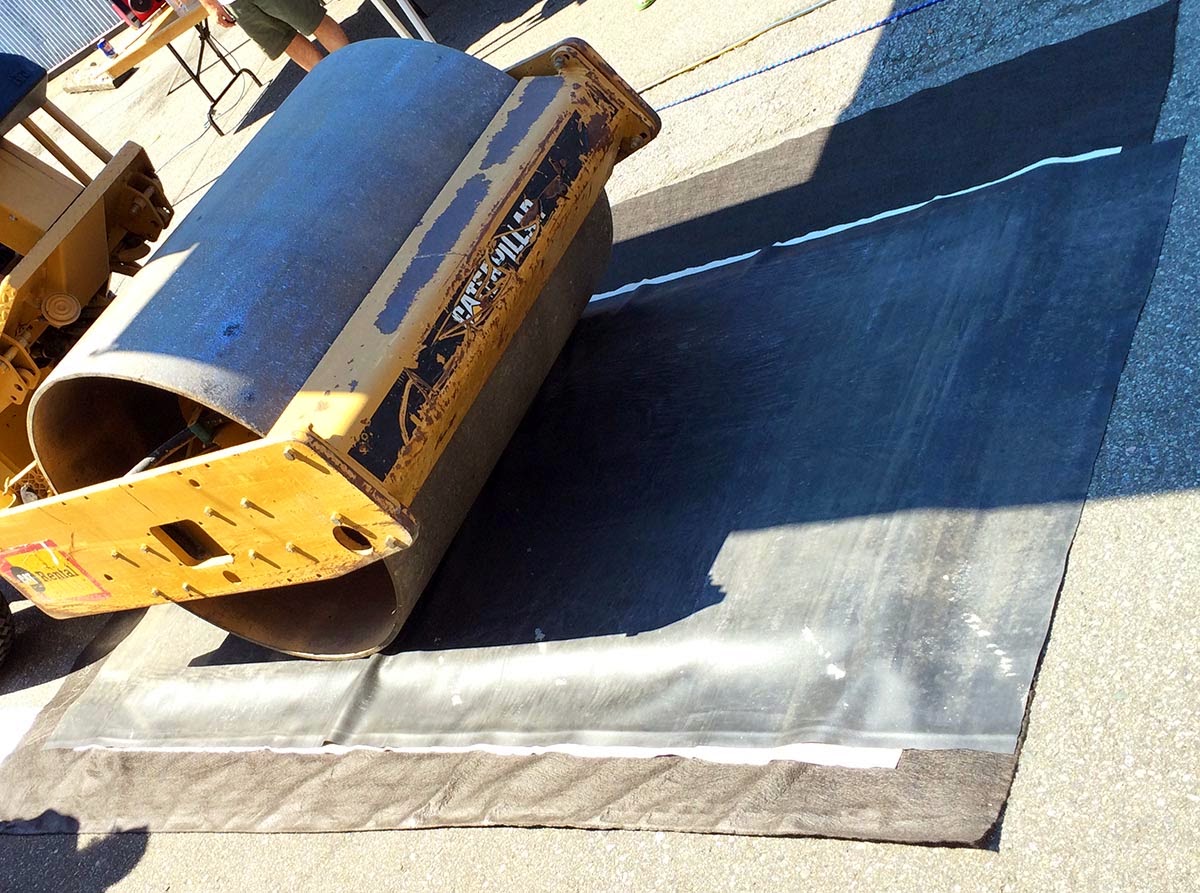 Andrea drove the press while Peter checked "registration." They'd wanted a machine with a wider roller, but it blew up or something, so they got one that was just slightly wider than the 4-foot blocks. 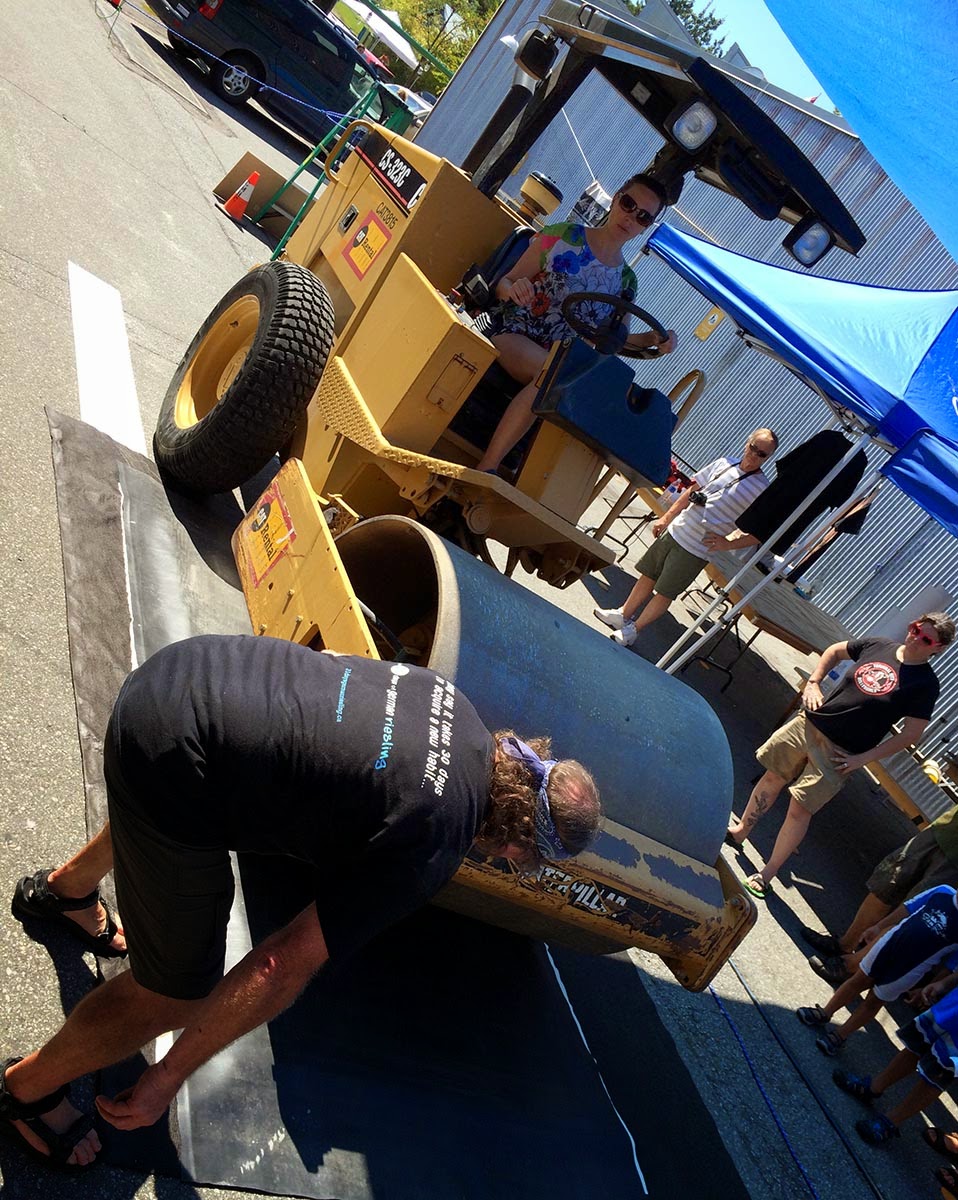 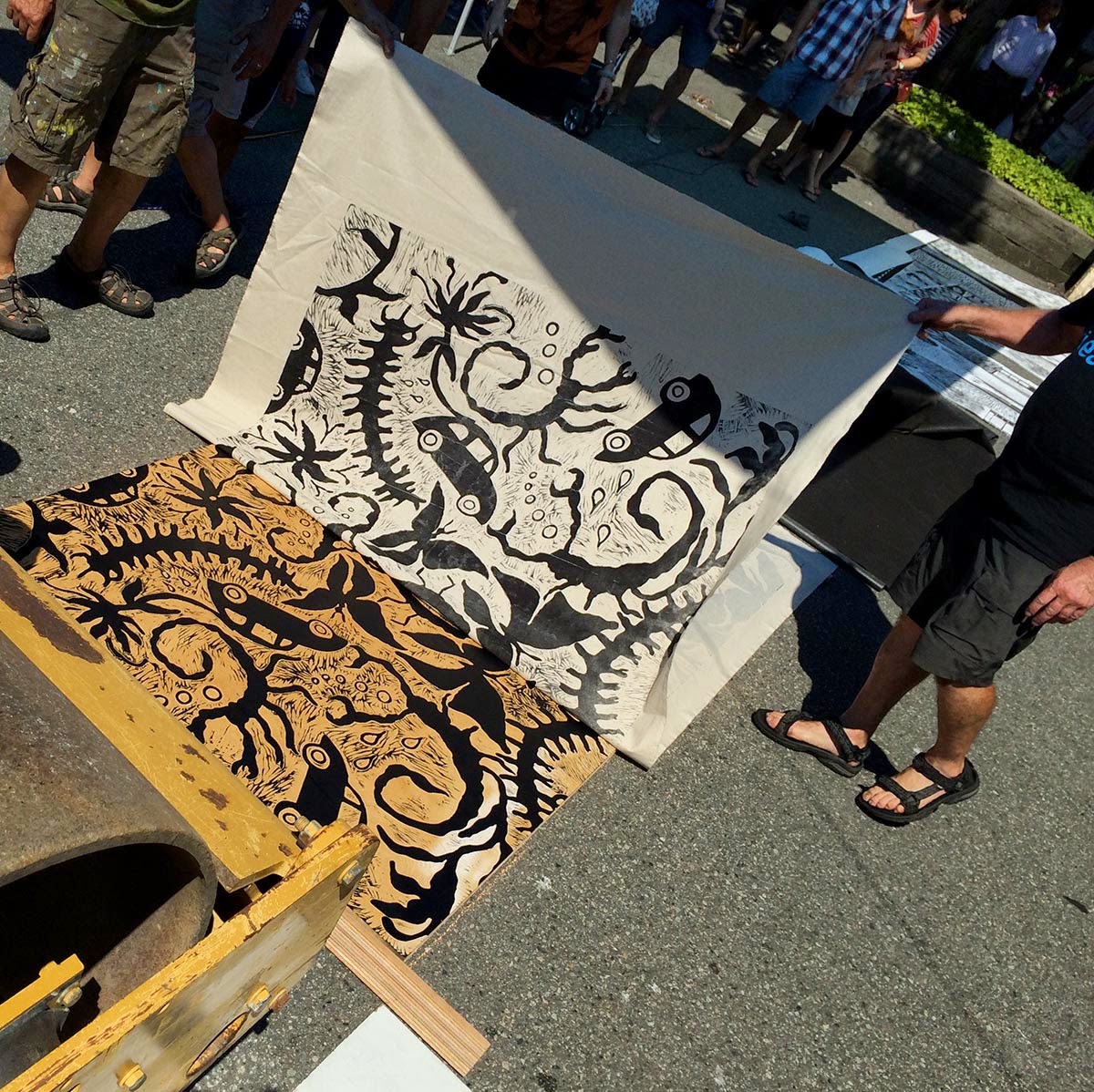 Considering it was hard to get a shot of anything without at least one other shutterbug cramming the frame, I can't find any other photos of the printing out there, so no details about artists etc. available at this time. 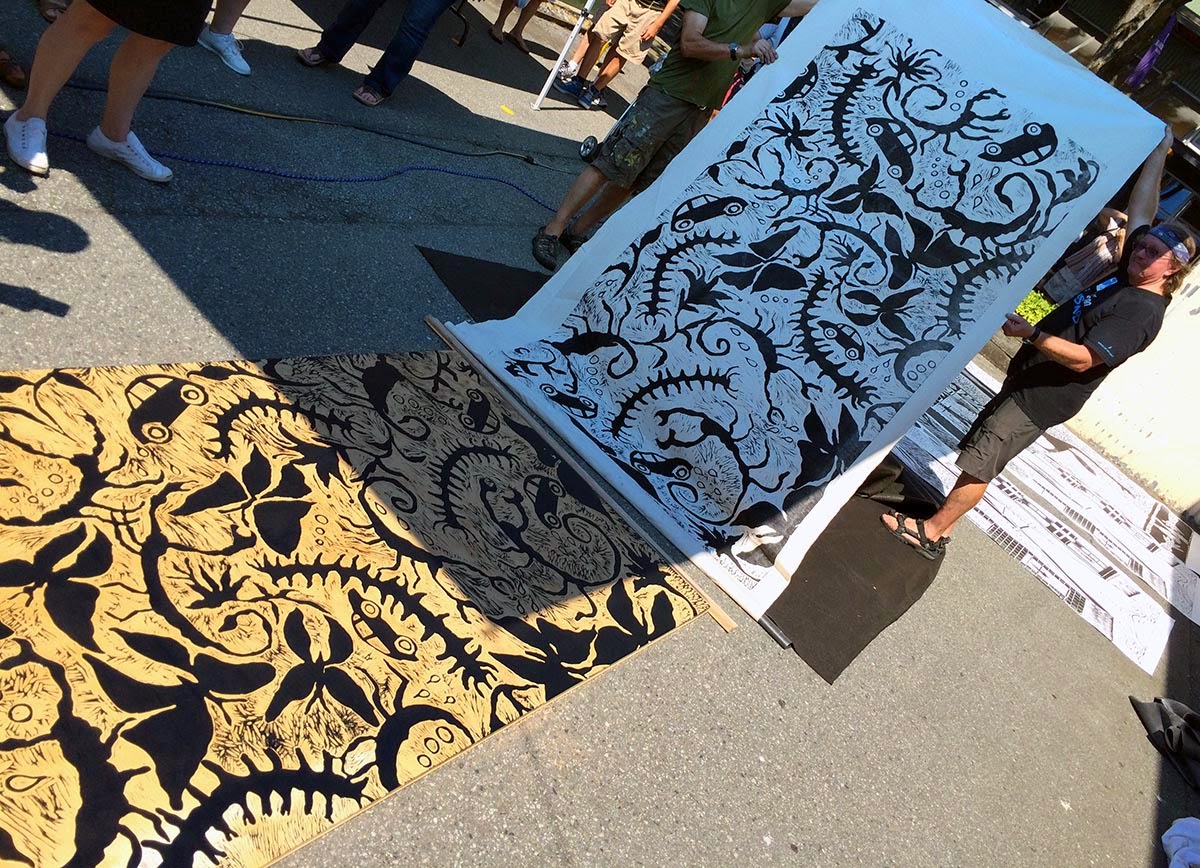 The mob at Seattle's School of Visual Concepts is holding their wayzgoose this coming Friday. They've been mashing prints with a steamroller for a number of years now. Be interesting to compare their methods.