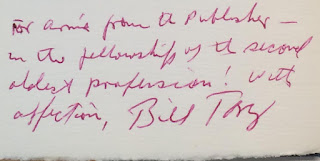 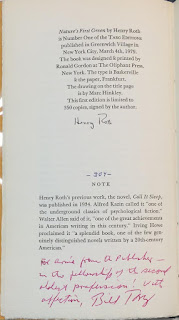 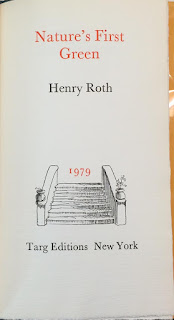 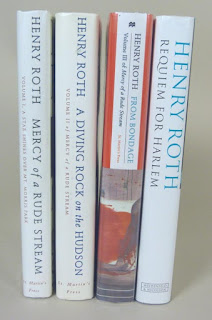 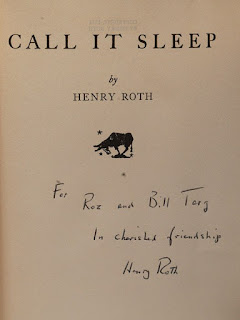 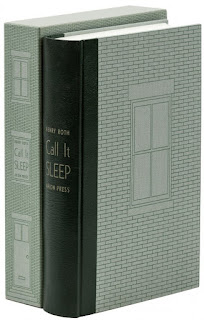 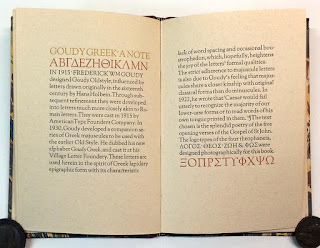 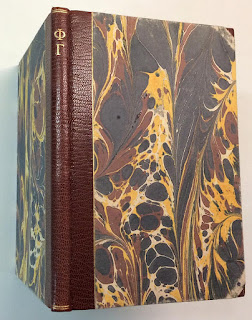 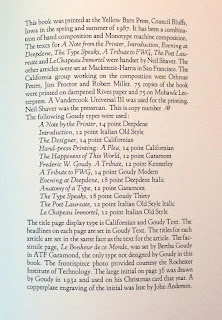 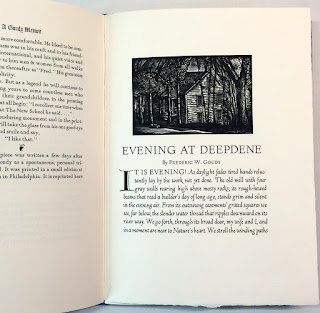 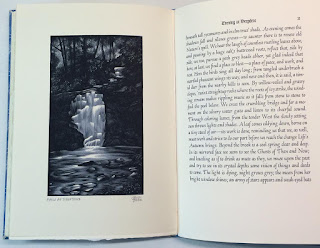 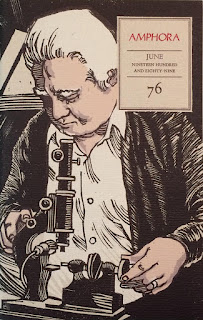 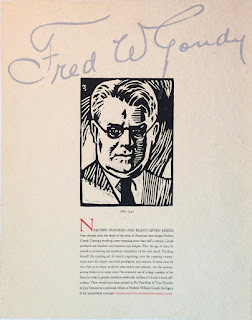 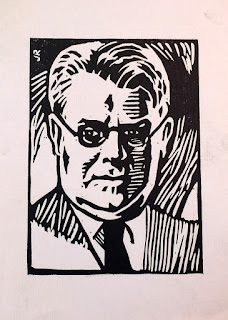 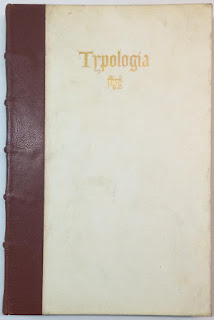 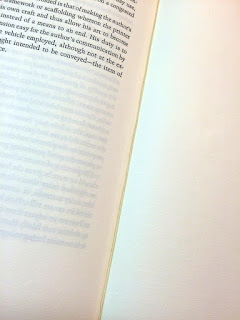 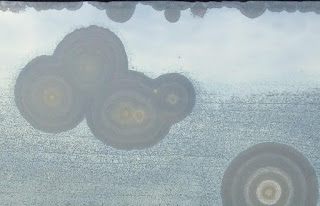 Took off to Seattle for a short break from it all. Major scores at the many excellent music shops down there - a trove of Bill Laswell discs. And a few other finds...

...Hopefully this isn't referring to Barbara... 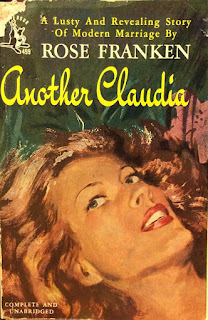 Spent an evening looking through a copy of the Pennyroyal Caxton Bible, primarily at the text printing. It was done by Bradley Hutchinson and is a model of consistency and clarity. The printing took 30 months, which makes my recent whinings about long days particularly lame. I believe the sheets were printed damp: the edition was 400 copies, plus 30 deluxe on different paper, so to allow for wastage etc he probably was running at least 500 sheets. I'd be interested to know what it's like printing damp sheets on a mechanized press, and just how he managed the logistics of damping & drying that many sheets. 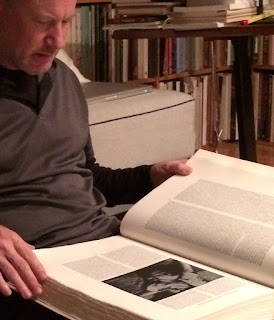 Got the title pages for the deluxe copies of XI LXVImos to Francesca, who will begin the calligraphy on each.

The image at the top looks like a marbled paper, but it ain't. At least, not yet. 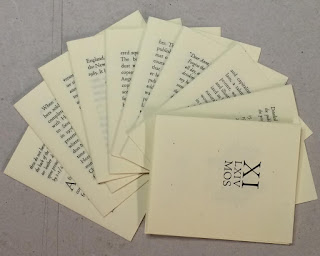 XI LXIVmos is done. At least all the heavy lifting (for me: Francesca Lohmann has a month of calligraphy now, and then Sarah Creighton has a few months of binding, but that's all their problem). That's a collated deluxe copy above. Today I'm getting these deluxe sheets ready to send to Francesca, who will add the title calligraphically to each copy, and number the edition (I-XXXV). 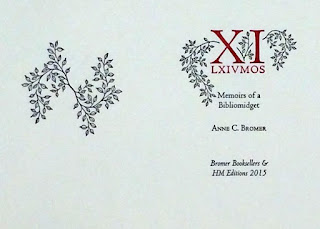 Luckily I remembered not to print the (second color) title on the deluxe sheets, after finishing the regulars. That's exactly the kind of stoopid thing I would do. Was a little concerned that getting the XI between the vines would be wonky, but no worries. 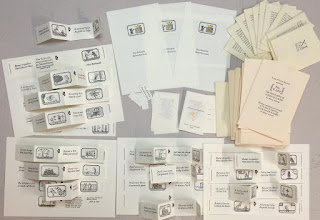 Spent some time thinking about how we'll include the sample pages to the deluxe copies. They'll appear in their appropriate sections, i.e. not loose, in a sleeve at the back of the book of some such inelegant tactic. The folded strips in the photo are sections from Edward Gorey's The Eclectic Abecedarium. Most samples are just a little smaller than the bibliography's page, and can simply be sewn in with the signatures, but the Gorey pages are quite small. I'll probably insert a blank leaf to the section, and have the sample mounted (i.e. hinged) to it. Stay tuned.