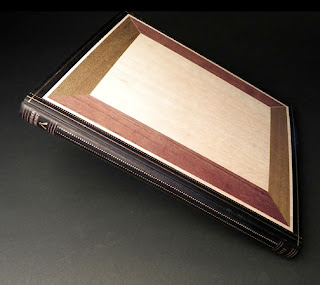 Copies of The WunderCabinet were sent out to subscribers last week. All of the 20 regular issue copies have been completed. Claudia is now finishing up the bindings for the 10 deluxe copies. Offered here are some photos Barbara took while various wonders were being assembled and arranged in the regular copies; each is accompanied by a handwritten inventory, detailing the items included. 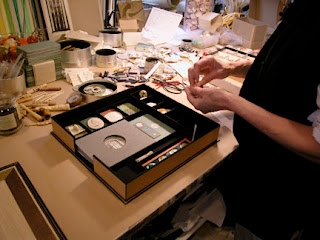 One of these copies will be on display at next week's Codex book fair in Berkeley, at the table of our friends Vamp & Tramp Booksellers. One of the miniature copies will also be on display. We'll post images of the deluxe copies when we have them. 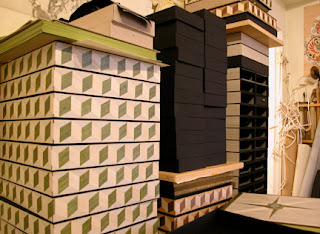 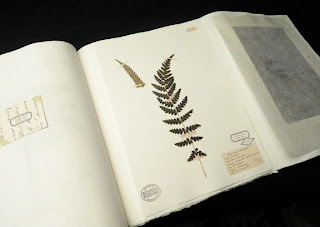 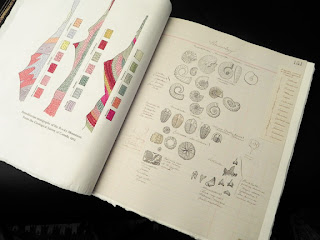