Cervantes Gets Corked, & Other Oddities 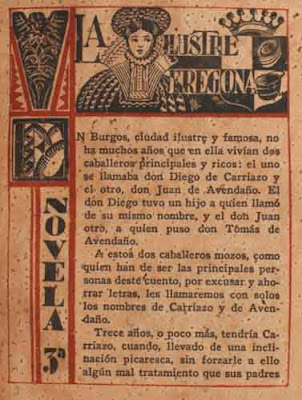 Boston's storied Bromer Booksellers were sufficiently inspired by Jim Westergard's Oddballs to create an entire catalogue around the concept. From the introduction to the just-released e-catalogue #19:

"Odd is interesting. Not only is this true in human society, in which the eccentric and extraordinary are examined as objects of curiosity, but it is especially true of the vehicles for human expression. That last term was used with great deliberation, as the assortment of oddities in our latest offering are not limited to books: indeed, they do not even have to be on paper, as the set of erotic porcelain lithophanes demonstrates. Optical devices such as lithophanes, and zoetropes seem odd to us now, but were some of the only forms of entertainment available to a world without electricity; from this perspective, one can easily imagine that current trends in entertainment will seem equally odd to future generations.

"The books found within our eccentric gathering work just a little harder than their straightforward counterparts in trying to gain our attention. Witness, for instance, a two-volume edition of Cervantes' stories printed on cork [shown above; why would anyone do this?]; a miniature panoramic alphabet of insects etched so finely, one would mistake them for actual specimens; or the book that lent its title to this catalogue - a beautifully printed and illustrated work by the Heavenly Monkey Press [sic] on those characters from history whose personalities and antics keep us from averting our collective eyes."

We won't get too worked up about them appending the word "press" to the imprint's name, because Anne, David, Phil & the gang are our friends; and because we appreciate being considered sufficiently odd for inclusion. They also have a good (but tempting, so be careful) blog.