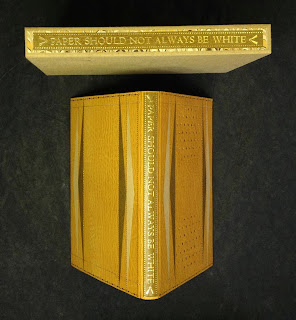 Odds & ends to start the week. That's another shot of Claudia Cohen's binding for the deluxe issue of Paper Should Not Always Be White above. One aspect of the binding she was particularly pleased with was using very thin boards (without any warping), making the small 8vo-sized book feel light & comfortable in the hands. Below are the three tooling variations used.

One of our stringers sent this link for a film by David Lynch, a short documentary about a proper lithography studio in Paris.

Speaking of Lynch, we got a copy of his album Good Day Today in the "limited edition" version designed by Vaughan Oliver. Here's an interview with Oliver about working on the project. 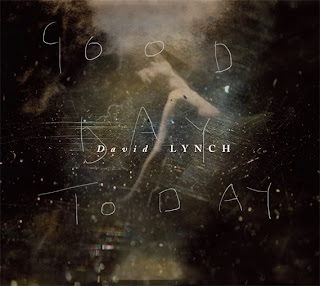 Speaking of Oliver, Facing The Other Way, the 4AD history we mentioned last summer, has been released. The 1,000-copy deluxe version - issued in two volumes, which seems a good idea since it apparently is over 800 pages - is supposed to be shipping by the end of this month. So we'll hopefully have our copy under the tree for Xmas. The second consecutive Oliver-related Xmas! 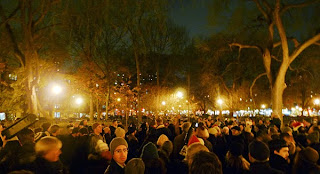 Speaking of Xmas and 4AD, put this joyous sound in your ears, and then this, when you can no longer stand the few dozen marketing-approved tunes we'll suffer through ad nauseum during the next six weeks. And then get this free app, organize a few neighbors on a snowy evening, and do something that's as close to spiritual as a secular humanist can get. Then go home & watch Eraserhead on Xmas Eve.