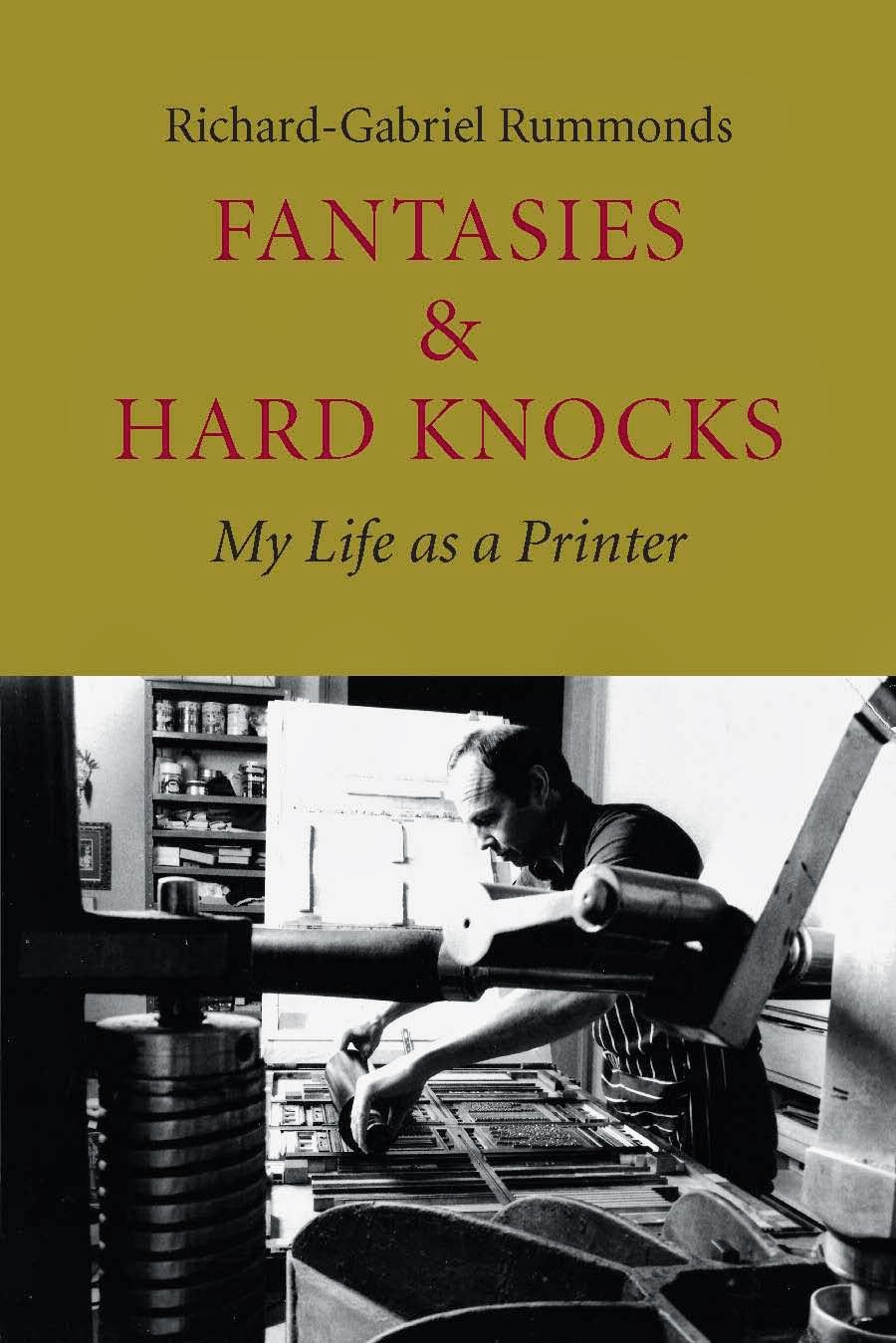 New & recent books about letterpress printing have been a recurring topic over the past week. Foremost is Gabriel Rummonds' Fantasies & Hard Knocks: My Life as a Printer. Gabriel has been working on the book for at least a decade. Anyone familiar with his Printing With the Iron Handpress or Nineteenth Century Printing Practices knows how exhaustively he covers his subjects, and the new book seems no different. And as someone who has had the privilege of attending one his dinners, I can attest to the particular worthiness of the recipes included in the new book. Information about the book, and an offer to pre-order a (signed!) copy can be found here. Strongly recommended.

Paul Moxon (with a name like that, did he have any choice but to become a printer?) was in Vancouver recently, to give a two-day course on printing with the Vandercook press. By all accounts it was worth every penny. Moxon has made an extensive study of the history of the company, the various presses it made, similar presses by other manufacturers (including the Saroglia Canuck, available only in Canada!), and exactly how they should be used, adjusted and maintained. He apparently is working on a second edition of his book Vandercook Presses: Maintenance, History & Resources, due for issue this spring.

A quick word about books about printing: any good book about printing will contain information useful to any printer, regardless of the type of press being discussed or used. Many of the actual principles are independent from the manner in which the printing is achieved. This is why I recommend every printer have - and read - a copy of Rummonds' Printing With the Iron Handpress. Lewis Allen's book is perhaps a less daunting entry point, but you'll soon find its reference value wanes. General Printing is a good reference if you're using platen or Vandercook-style presses, but it must be read through the filter of a book written for apprentice trade printers in the mid-20th century. No one printing letterpress in the early 21st century should be taking the commercial materials, methods or results of the 1950s as their point of reference. 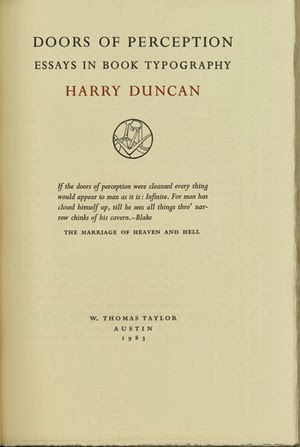 The notice for Fantasises & Hard Knocks enjoyed a number of overlapping distributions. One came from Paul Ritscher of the Devil's Tail Press. (Speaking of taking all the wrong examples as technical references, Paul posted a worthwhile review of the book Letterpress Now on his blog last year. The post's title sums the book - and review - up concisely: Letterpress printing meets scrapbooking.) Paul's note included this link to an interview with Harry Duncan (Cummington Press - greatest press device ever) posted on YouTube. Duncan's Doors of Perception, which has been mentioned on this site before, is another book any & all printers should have. 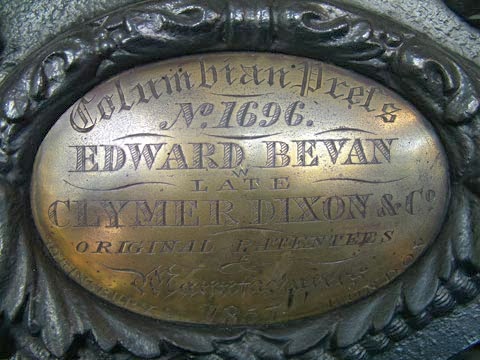 Another person sharing the notice of Gabriel's new book came from Patrick Goossens in Antwerp, Belgium. He included a link to an Indiegogo page raising funds for a book he will print next month about George Clymer’s Columbian hand press for the 200th anniversary of its invention. Copies in sheets can be reserved for $100 (postage included?). Not much detail offered on the site about the book itself: it will be set in Baskerville & printed on Zerkall mould made (damp? one would hope so since that's was Mr Clymer would have intended), but no info on size or pages. The edition will be limited to a maximum of 100 copies, determined by subscription.