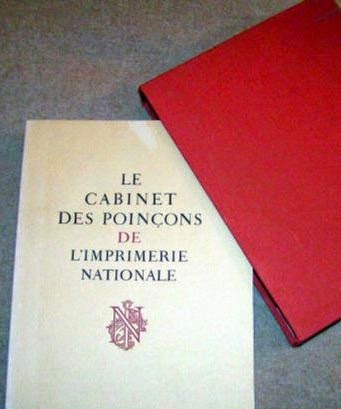 A lazy tour of the links for Easter Monday...

A 2011 article about the French punch-cutter Nelly Gable and L' Imprimerie Nationale's Cabinet des Poincons. It reads a bit like a high school senior's trip report, but the info is interesting. One thing it doesn't make clear is the connection between "her punch-cutting studio" and l'Imprimerie: that "her" makes it sound like a private enterprise when in fact it is the source and repository of the Imprimerie's punches dating back to Estienne and Garamont. (The author objects to this criticism; click over & decide for yourself.) In 1963 a specimen book (3rd ed.) from the Cabinet was published: several copies are listed on Abe at prices on either side of $100, or you can be a sucker and buy the one on eBay (above) for 400 euros. 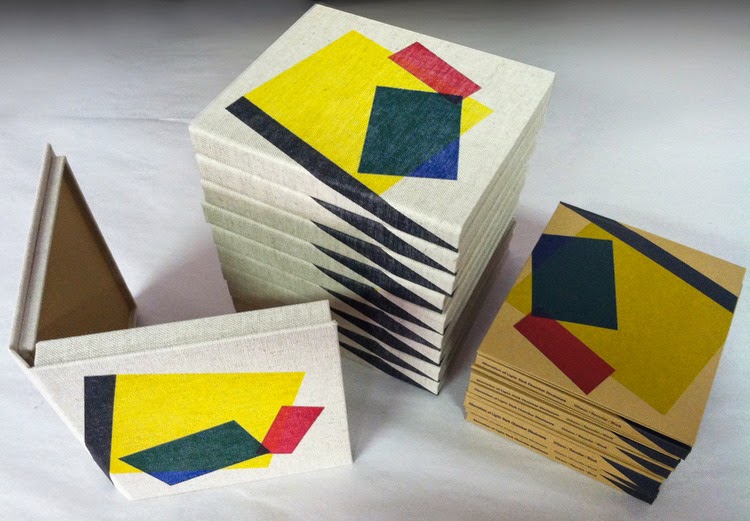 A result of my recent pokings around related to odd & limited-edition vinyl releases: I discovered (very late to the game) the beautiful binding work of Amy Borezo and her studio Shelter Bookworks. Her blog shows stacks of clamshell boxes, covered in linen that's been relief printed, for a new release from Sedimental Records. Poking around Sedimental's site, I see a roster of artists whose names are entirely new to me, plus an early release from a HM favorite, Stars of the Lid. The Sedimental news page is pretty out of date, so Amy's post seems to be the most current update on the label's activities. 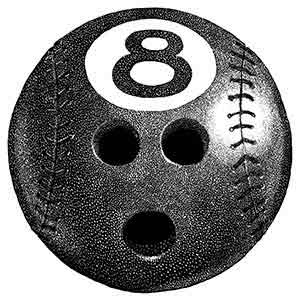 HM friend & collaborator Jim Westergard finally got a toehold in the music industry: his crazy eight ball has been adopted (legitimately) as the logo by UK-based label Oddball Music. 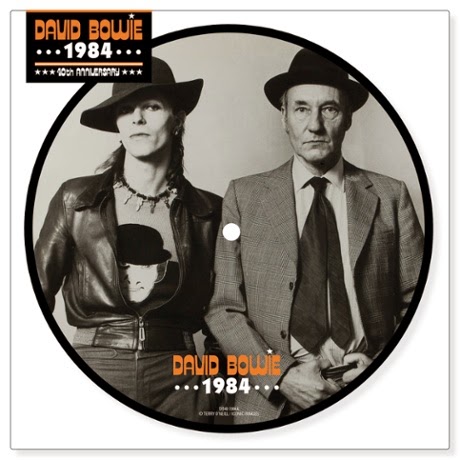 Record Store Day was a diversion for a few hours, but not a source of great temptation. I got the Bowie single (he's standing beside Burroughs; how could I not get it?) but that's all.  This side of the Atlantic got "1984" while the UK got stuck with "Rock n' Roll Suicide." 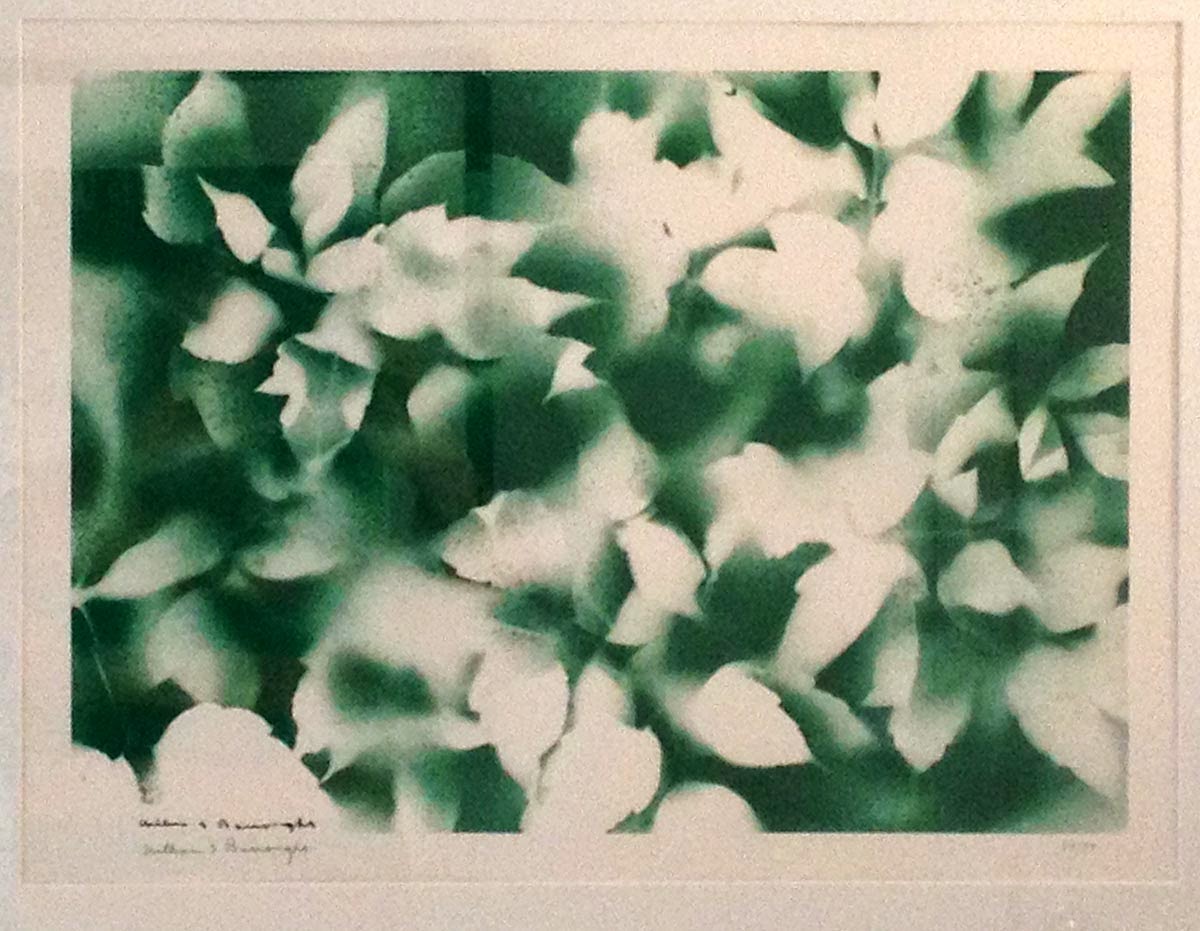 Speaking of Burroughs, remember last week's tangential rant about real prints vs reproductions? Around 1989 Burroughs had a show at a gallery in Montreal. For the launch the  gallery issued silkscreen reproductions of two of his "stencil" paintings (he laid stuff down on a canvas or piece of wood, like leaves in the piece above, and just spray painted over them) in editions of 99 copies. Yes, it's a reproduction, but the silkscreen method perfectly suits the look & feel of the original, but also creates something distinct and different. The one above is my favorite of the two, which is why it's hanging (hence the reflecty photo) and the other is in storage.

I still want to publish a photoplay edition of "The Junky's Christmas" featuring Bob Reid as Danny and Reg Lissel (role TBD). Maybe David Clifford can play the disbelieving doctor.

Next week: some new news on Francesco Griffo!