This Hamlet is a Fakesimile 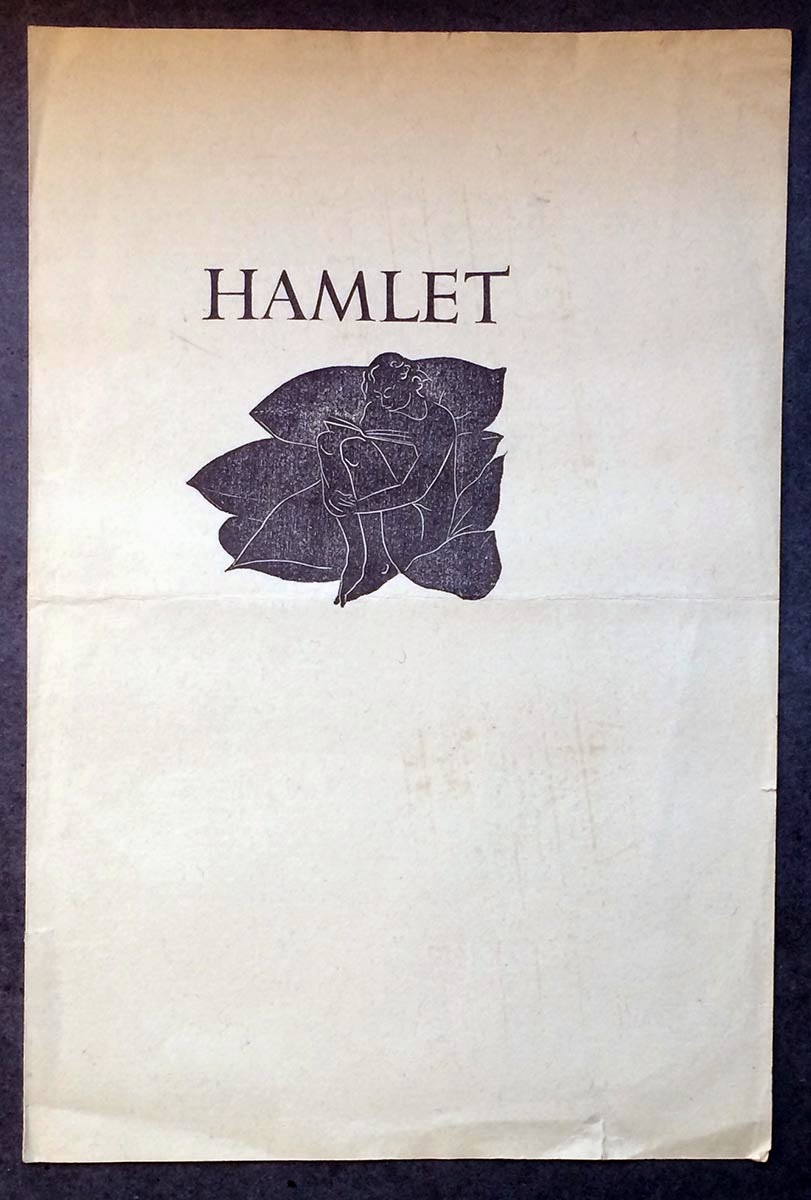 Is this really a prospectus for the Cranach Press' edition of Hamlet, or a (later) facsimile of one? It's printed on a beautiful cream laid sheet, no watermark. The last page appears, to my high school German, to be a description of the different states in the edition ("eight copies on vellum/parchment...") with prices in Marks. A small addendum at the bottom of that last page tells us the piece is a "keepsake supplied by Gallery 303 to the participants of the Heritage Series."

A quick Abebooks search for "Gallery 303" and "Heritage Series" turns up about a dozen items, a couple listed by the sellers with 1930s dates. Maybe these was a special run of the original prospectus, printed at Cranach, for distribution in America? 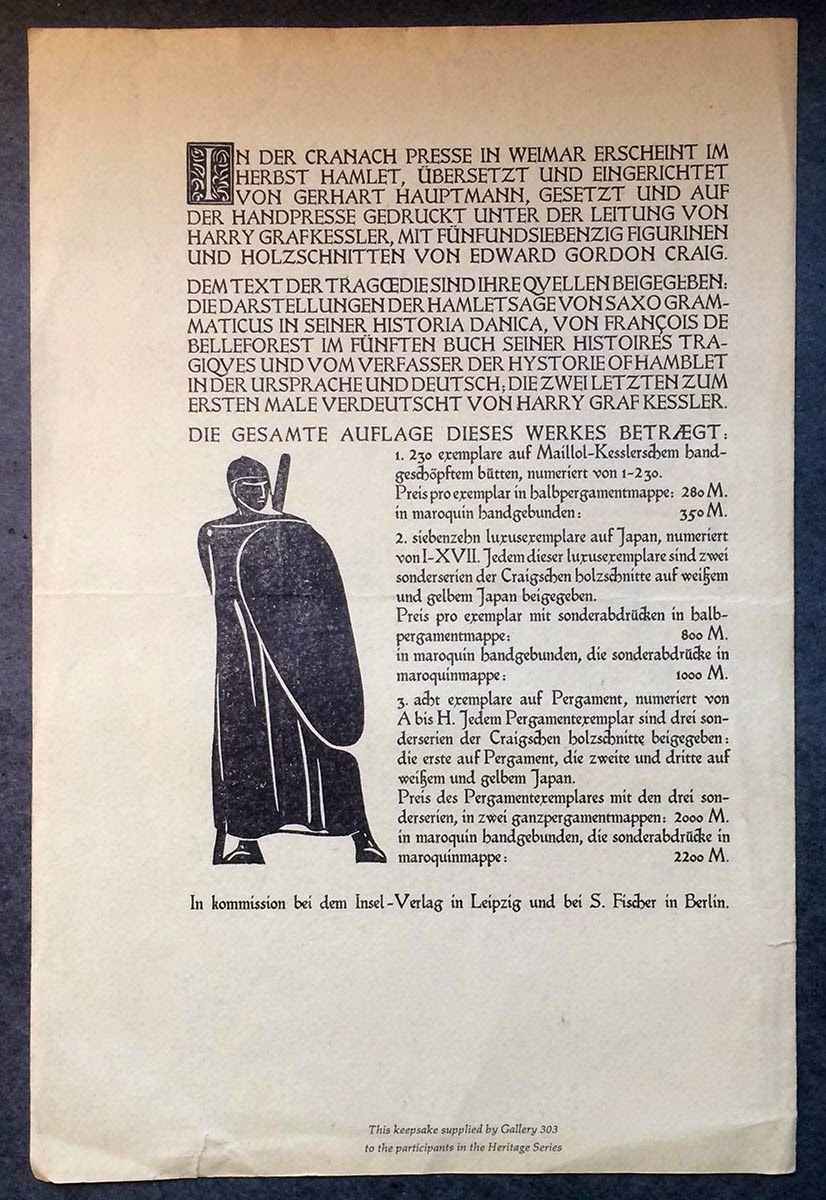 No, it's not original. Over at the Dr Leslie Project's site, we learn a bit about Gallery 303 (not to be confused with the current 303 Gallery in NYC) and Heritage Series:

In 1927 Sol Cantor and Robert Leslie founded The Composing Room with the intention of being "the cream of the crop in typesetting firms." Leslie in particular was an advocate for the printing and graphic arts, and founded several periodicals dedicated to the subjects. "In 1936, Dr. Leslie, with the help of Hortense Mendel, began showing the work of emigre and young artists in an empty room in The Composing Room offices. Called the A-D Gallery, it was the first place in New York City dedicated to exhibiting the graphic and typographic arts." 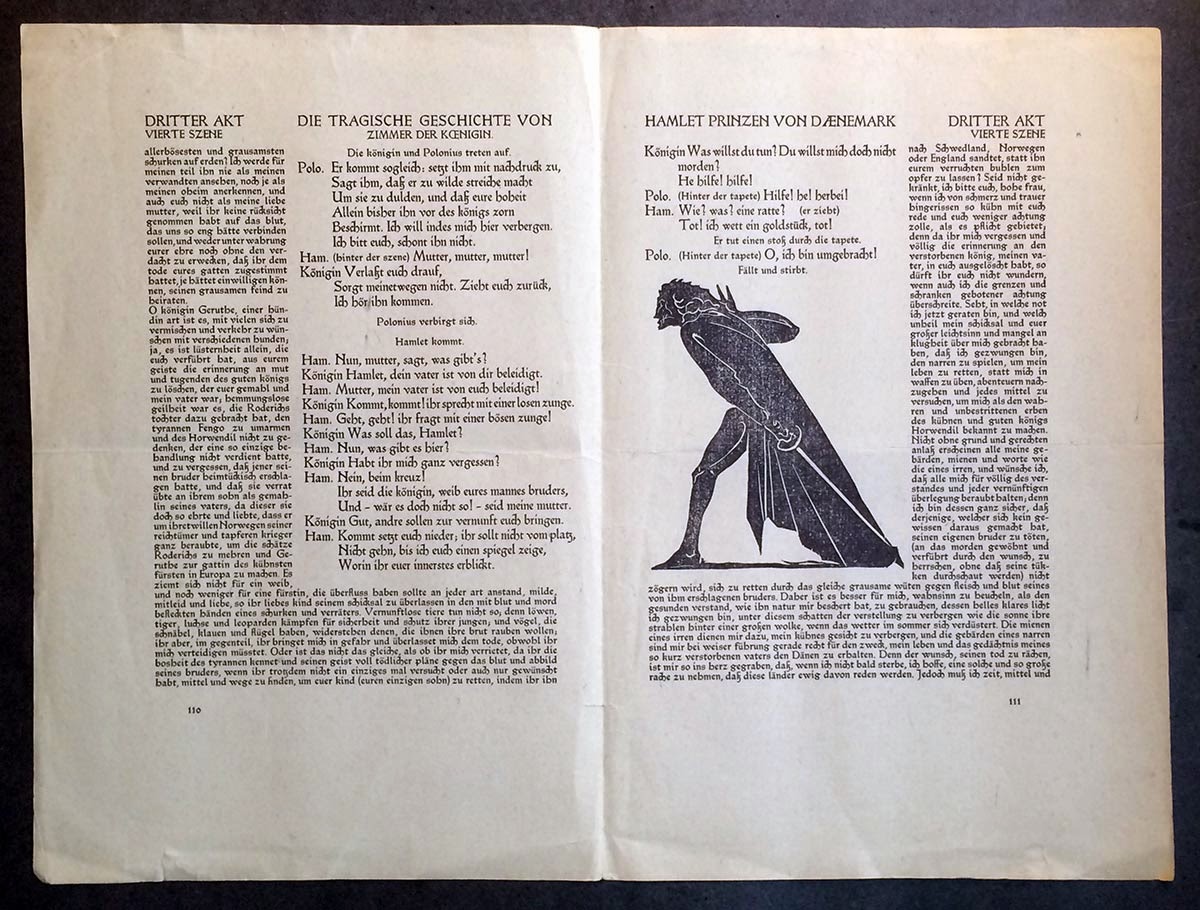 The gallery seems to have become inactive some time after that, perhaps during the war, but in 1958 was "reactivated and renamed Gallery 303, after it's room number. In addition to showcasing artist's work, the new gallery was became host to the lecture series, 'Heritage of the Graphic Arts,' held through the sixties." So presumably this Hamlet keepsake is a facsimile produced some time in the '60s. Even without all that, it's not letterpress, so there you go. The other titles that Abebooks showed with 1930s dates also probably were 1960s-era facsimiles of the originals.

Saw this on the (upside down) cover of a blank notebook in a kool shop; wtf?