A Couple Sheets of Paper for Christmas 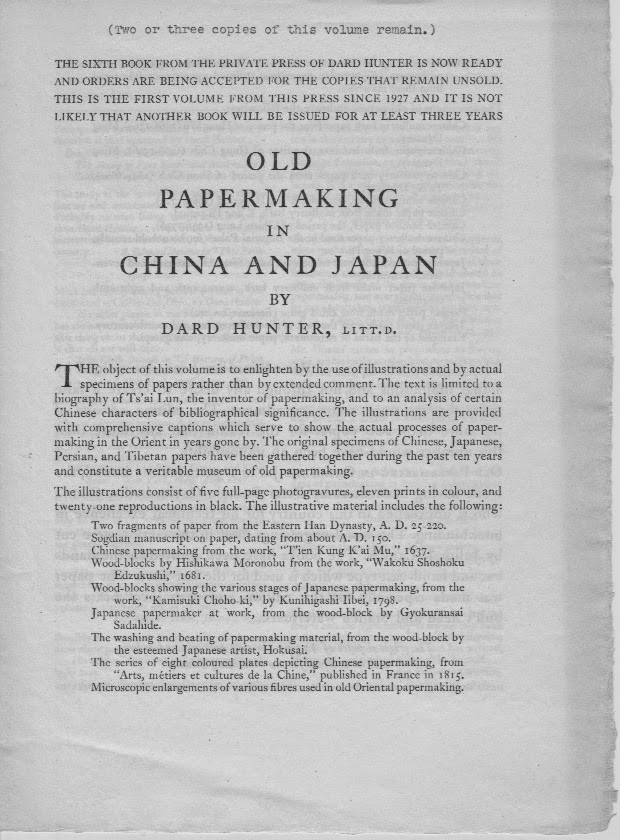 That's (mostly) all I got. They are, however, pieces of Dard Hunter's watermarked Mountain House paper, and printed upon them are announcements for two of his publications, Old Papermaking in China & Japan (1932) and Papermaking in Indo-China (1947). Nice accompaniments to Dard Jr's type-casting pamphlet discussed last fall.

I like the typed addendum at the top of the Old Papermaking. It's a beatutiful, crisp white laid sheet, with the chain lines running horizontally. Both of the prospectuses are single sheets folded once. Pin marks can be seen along the top of Indo-China, telling is it was printed on the handpress four up (i.e. in quarto). 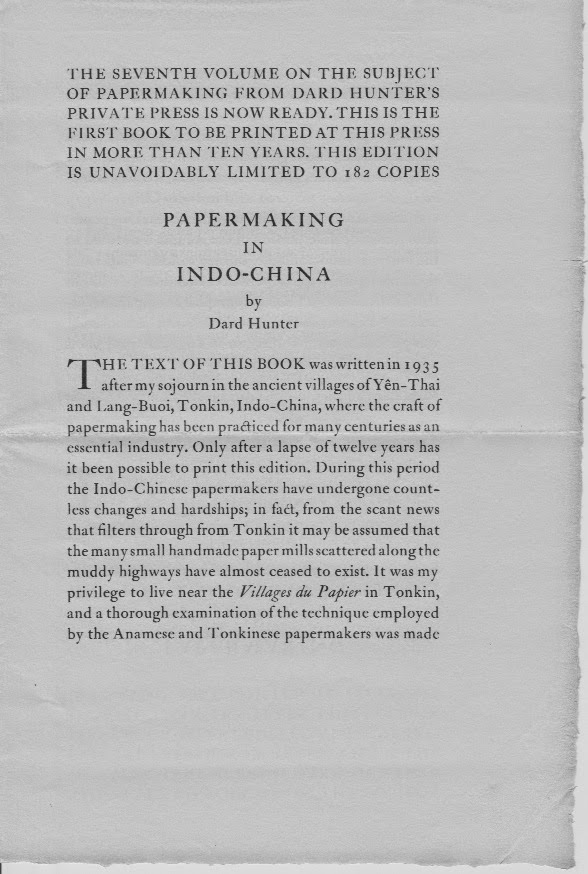 Indo-China is a slightly heavier, cream wove sheet with a small USA watermark. Interesting bit of parenthetical promotion on the last page, regarding the post-publication supply and demand of Hunter's books. There are a couple of copies of Indo-China offered online right now, both at $5,500. No copies of the China & Japan volume are currently listed. One sold at Bonhams in 2010, with an estimate between $2,500 and $3,500 (although that copy was in a custom binding by Gray Parrot). 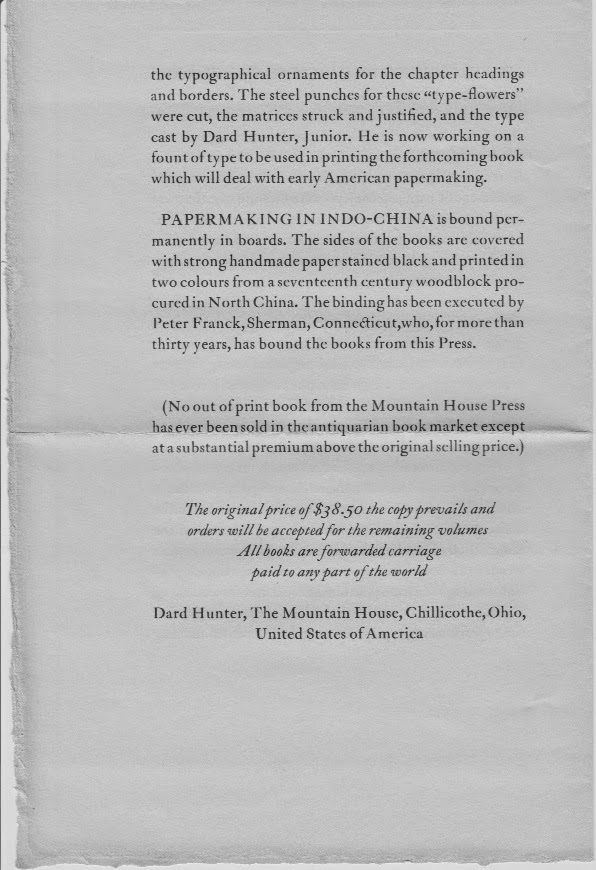 Checking Dard's investment prognosticating, adjusted for inflation eighty years after publication, the price for a copy of China & Japan comes in around $1,200, which makes the book look like a good play. But as always, compound interest beats everything: $75 in 1932, left rolling over in a bank, would be around $13,500 now. But wouldn't you rather have the book?