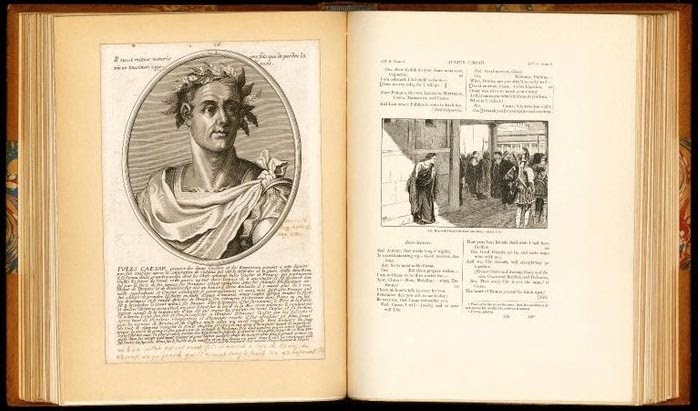 Do you know what a grangered book is?

I have long been interested in press bibliographies that include original pages and samples (which also puts them in the leaf book category). These probably were the first kinds of private press books I bought. They are technically, aesthetically and historically educational; I also just enjoy the visual intrusion of the samples. The original sheets let you actually see and handle what you're reading about (books about printing techniques that don't include actual samples, as opposed to reproductions, are a waste of time). The best press bibliographies probably are the Ashendene and the Allen, for a number of reasons, a significant one being the way the samples are incorporated into the binding, i.e. hinged and sewn in. Too many presses simply tip a sheet to a page (I've even heard of glue sticks being used!), making it impossible to view the verso. Others sidestep the binding issue by leaving the samples loose, in a pocket at the back (never an elegant solution) or in a separate folder (better than a pocket, but I prefer everything to be contained, secured between boards, and inserted where discussed in the text).

To answer my initial question, grangered "or extra-illustrated books...are copies which have had added to them, either by a private owner or professionally, engraved portraits, prints, etc., usually cut out of other books [!] and sometimes also autograph letters, documents or drawings" (ABC for Book Collectors, John Carter, 6th ed., pg. 92). 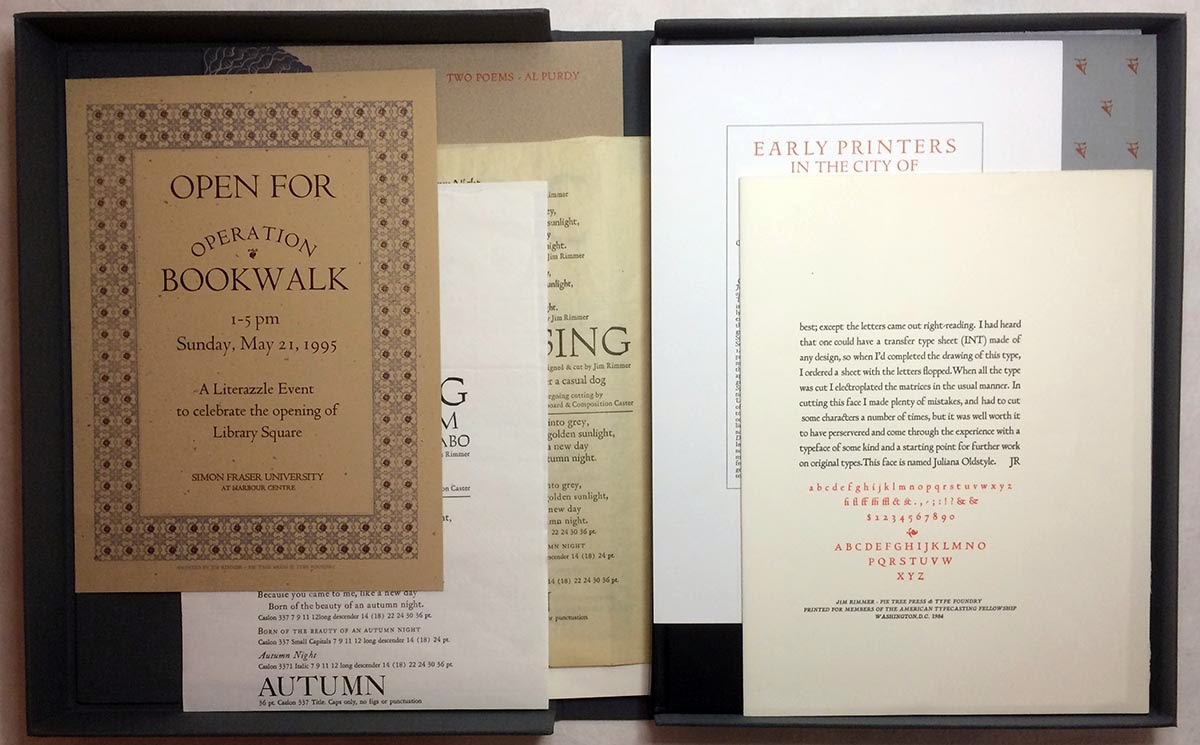 This comes up because a friend asked a question last week about Jim Rimmer's cutting of Carl Dair's type Cartier. I thought I had a proof of it, and so went looking in the box containing my supplemented copy of Jim's Leaves from the Pie Tree (not really grangered because the extras are all loose). Couldn't find the phantom proof, but I had fun looking through the various pieces I'd accumulated from and by Jim over the years. Every time you went to his shop he'd send you away with a proof of what he was working on, or something fun on paper. I helped a little with Leaves, being one of the galley "proof" readers. I very clearly remember the day I took my marked-up galleys back to Jim. It turned out that he followed the Dard Hunter technique for writing his book: he "wrote" it as he set it. This resulted in a number of editorial issues, beyond just typos, and as I went through these with Jim he grew increasingly agitated because there was no way he was going to reset the whole book. I emphasized that some of my comments were just style, his call, etc etc, and he could ignore whatever he wanted. 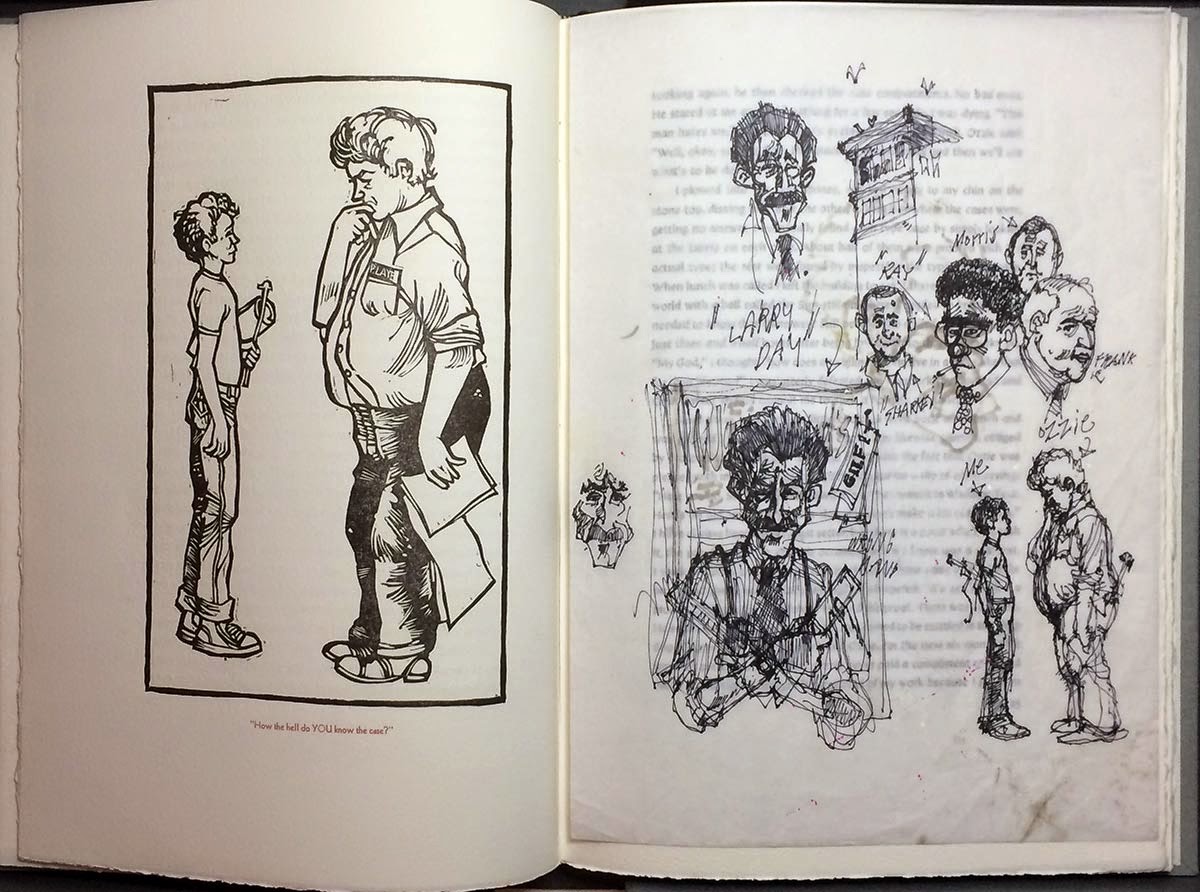 I can't remember if it was that day or another when he sent me home with a page full of sketches of his coworkers at the shop were he apprenticed, one of which appeared (in a different version) in the book. A copy of my marked-up galleys can be found in the Jim Rimmer archive at Simon Fraser University. 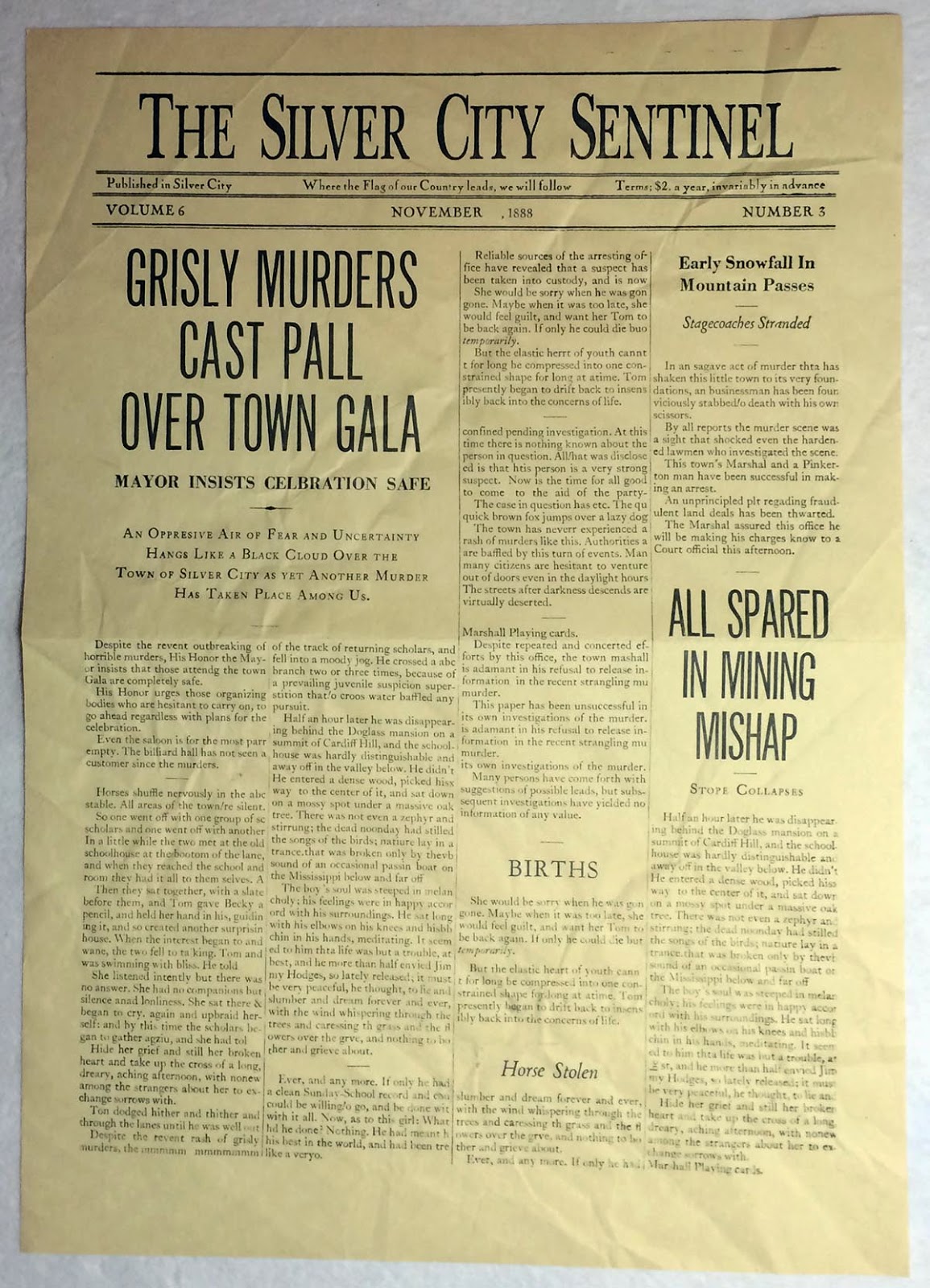 Another time he sent me home with this kool piece: a bogus frontier newspaper, set & printed for a movie being filmed in town. Unfortunately Jim also rented them his Albion press for use in the scene in which the sheet would be "printed." When they were returning it to his studio, it got dropped and a leg broke. 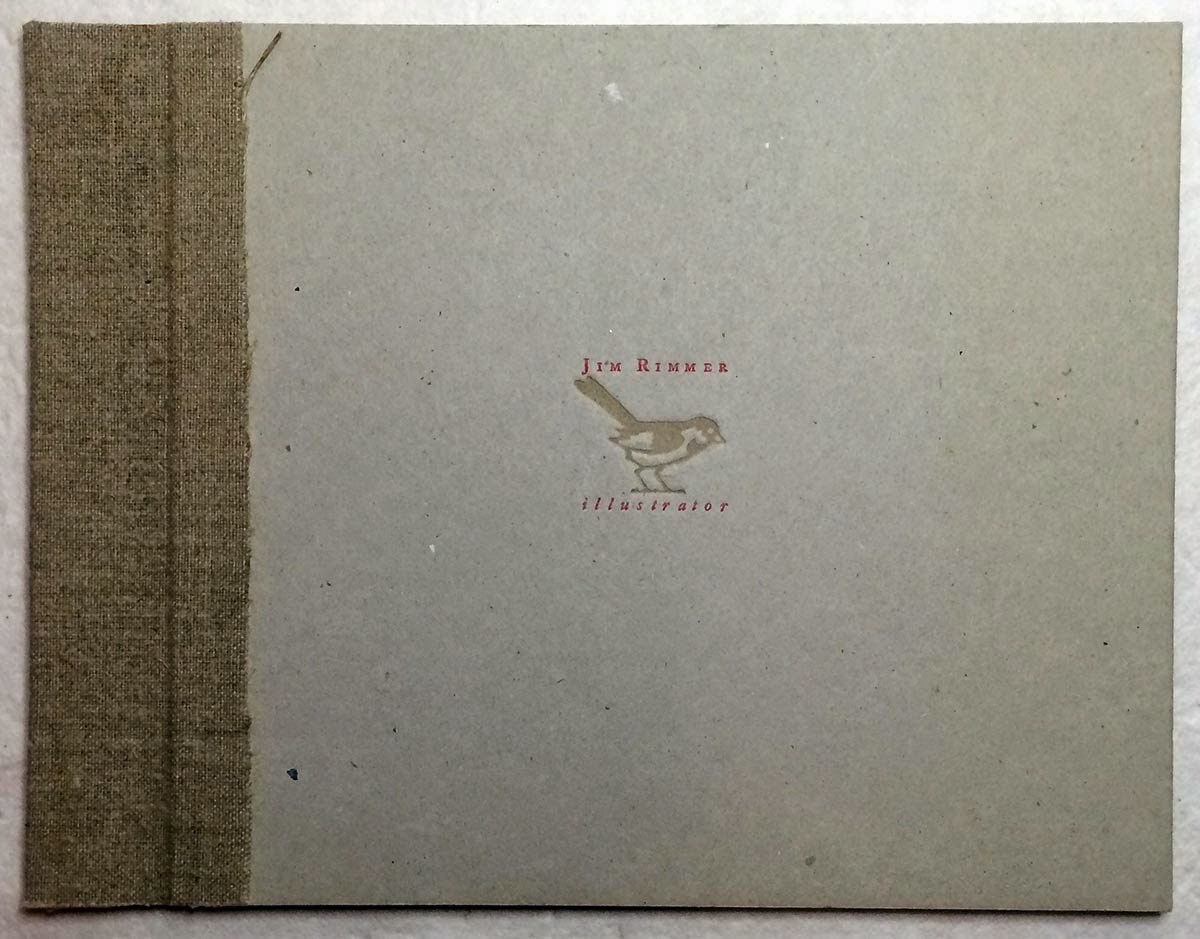 This Cartier inquiry got me looking through the bookshelves, which include another uncommon Rimmer piece: a bound collection of illustrations he sent out to art directors, probably in the early 1990s. 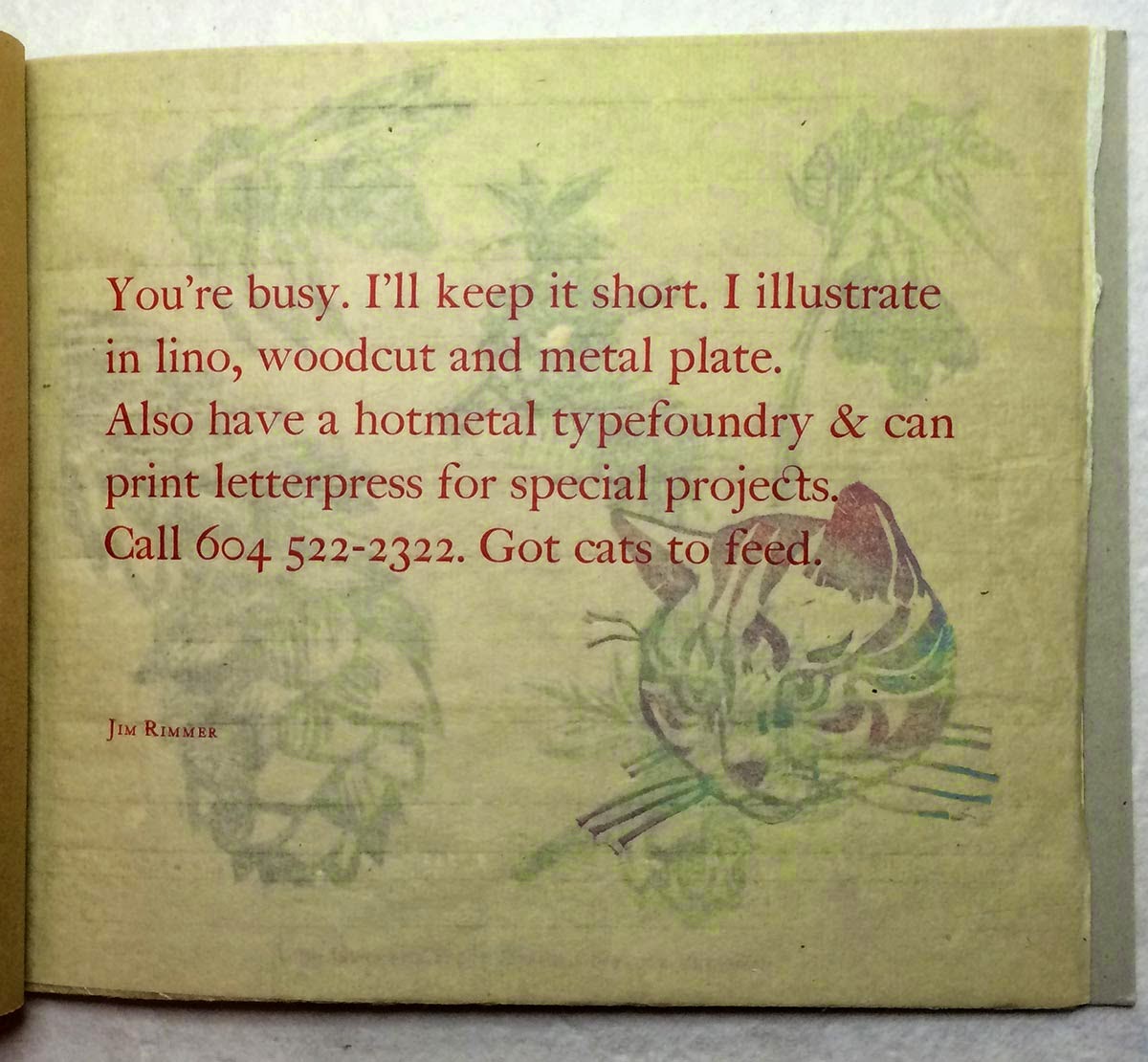 It includes about a dozen different prints, using a range of techniques, each on a different paper. Unbelievably, this copy was found by in a dumpster by a local book scout. 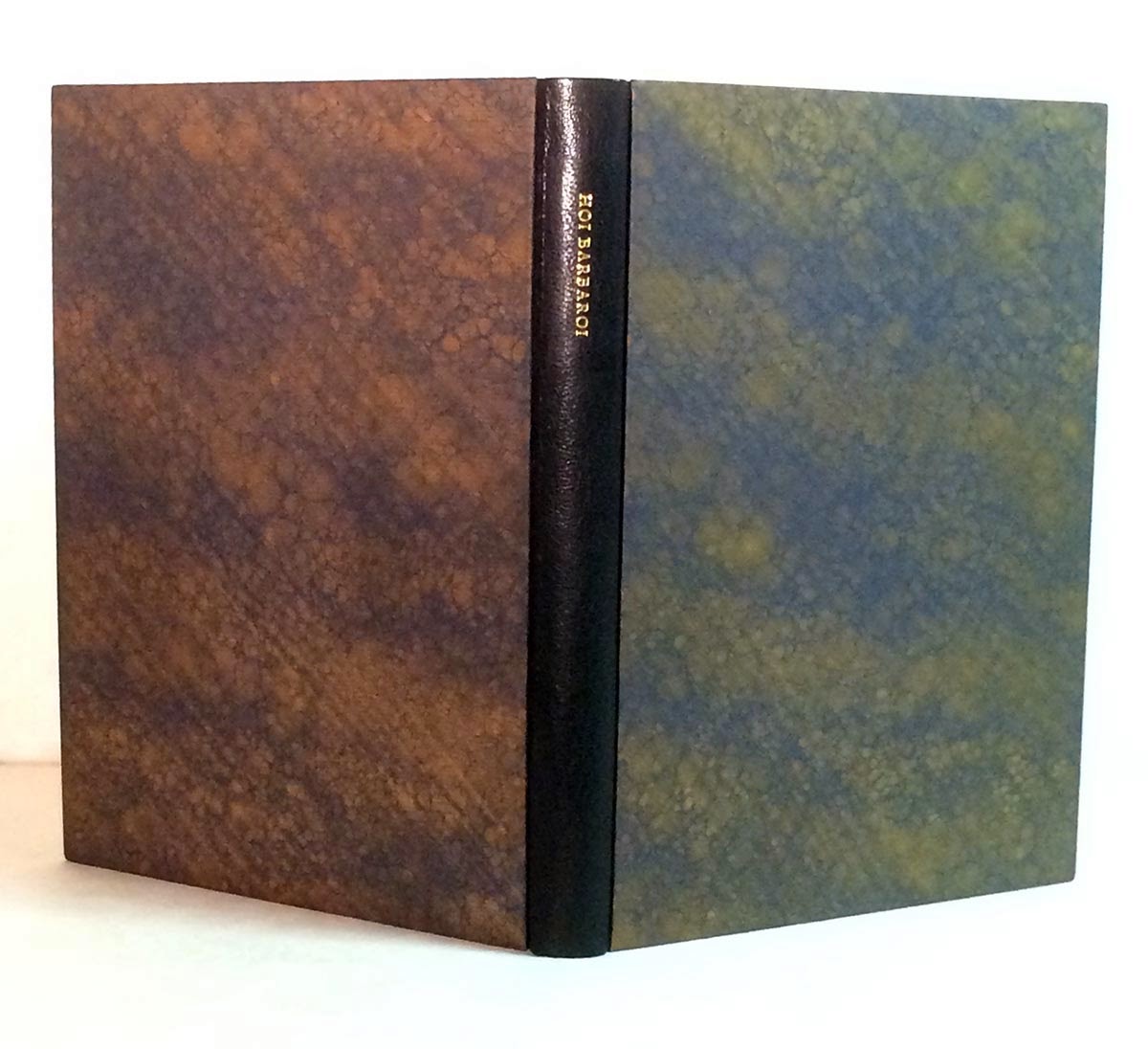 Having already abandoned plans of doing real work today, I continued the tour of my shelves. Here's a copy of the second Barbarian Press bibliography, which I got from the Elsteds in sheets. Most of the samples included with these deluxe copies were loose, in a box, but I wanted to have as many as possible bound into my copy. I also wanted to add various pieces I'd acquired over the years. 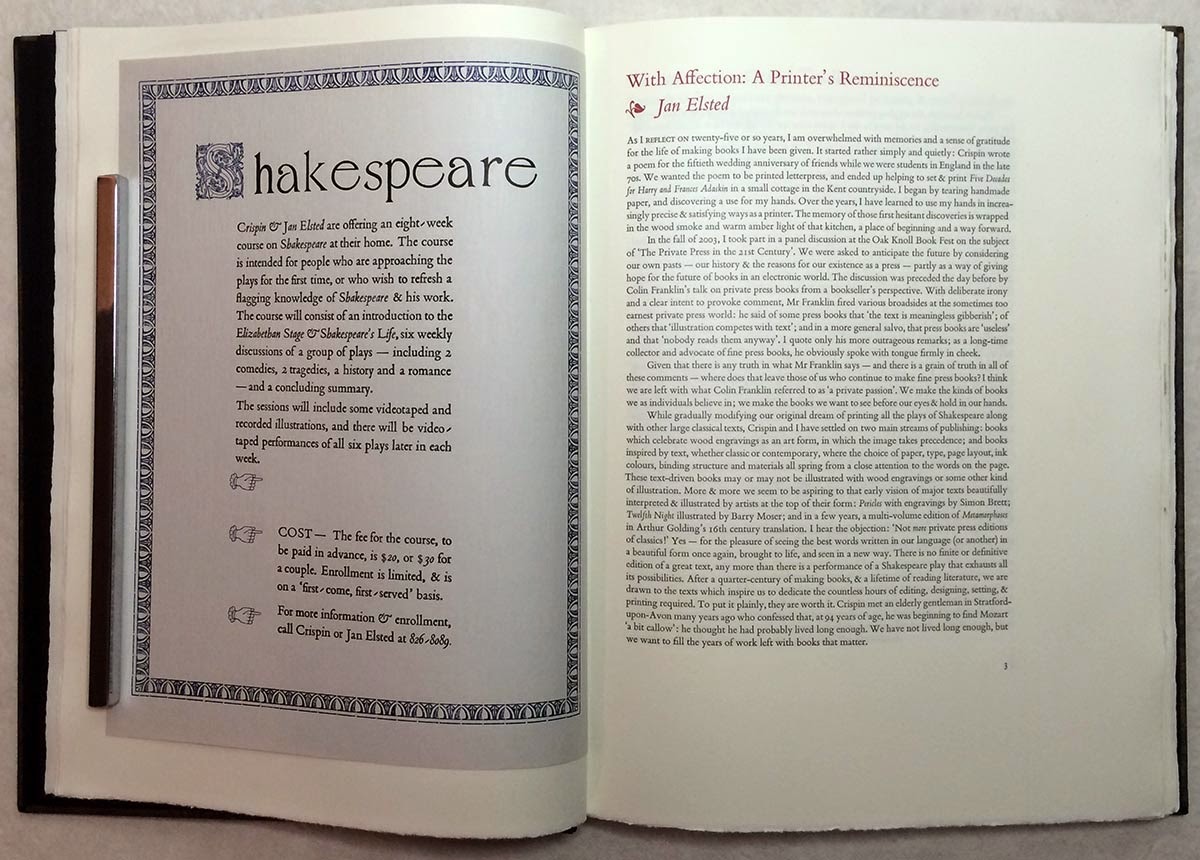 This (above) is a great early piece, from when they were working exclusively with their handpress: an invitation to join them for a series of intimate discussions about Shakespeare. Below is another uncommon early piece, a small broadside poem by Crispin, this copy inscribed to infamous Vancouver bookseller Bill Hoffer. 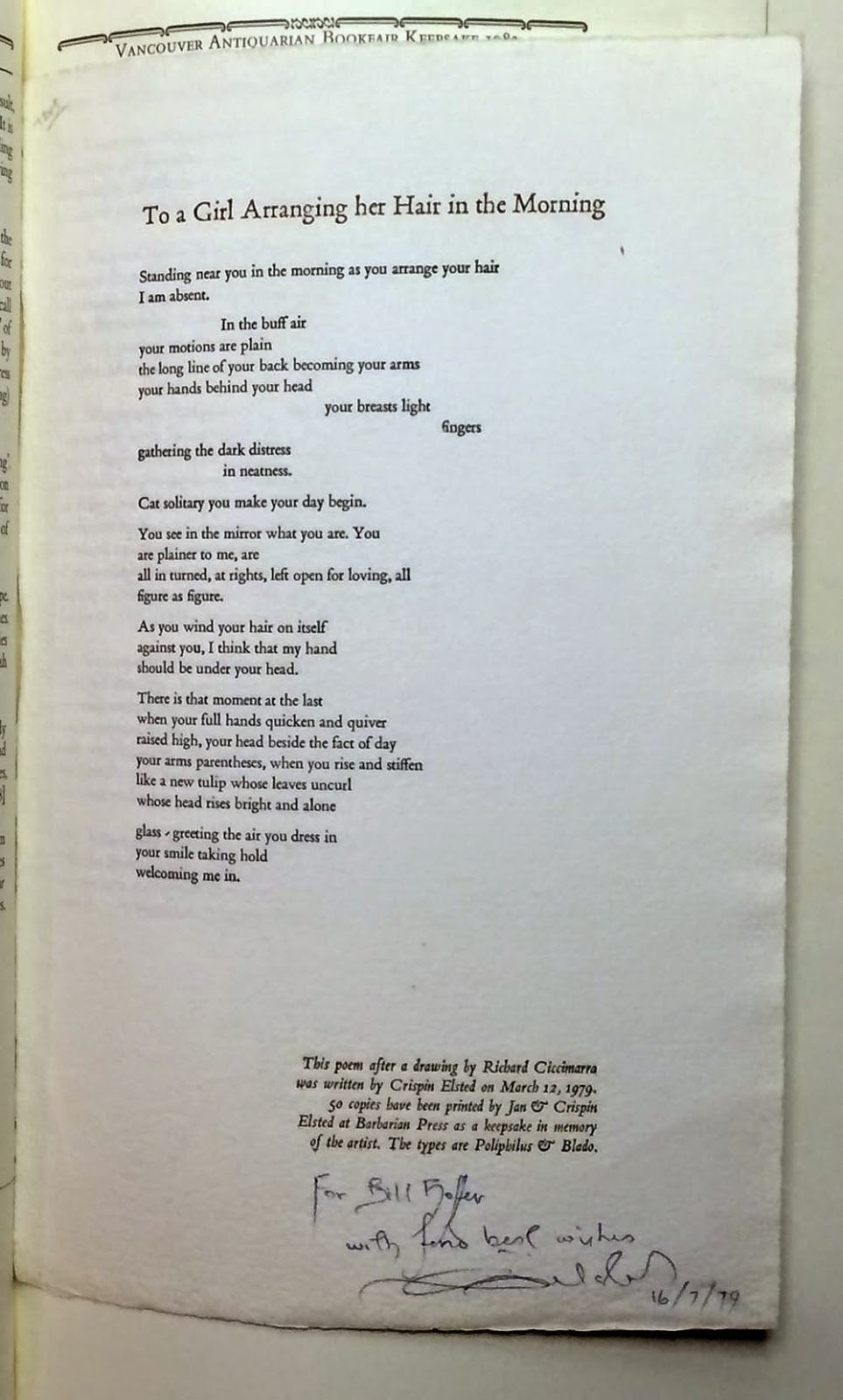 Simone Mynen, who bound the edition, agreed to do a special binding for my copy. We couldn't bind everything in, and the box is crammed with additional pieces, including the letter I sent them c.1997 inquiring about an apprenticeship, and their long (& generous) reply. 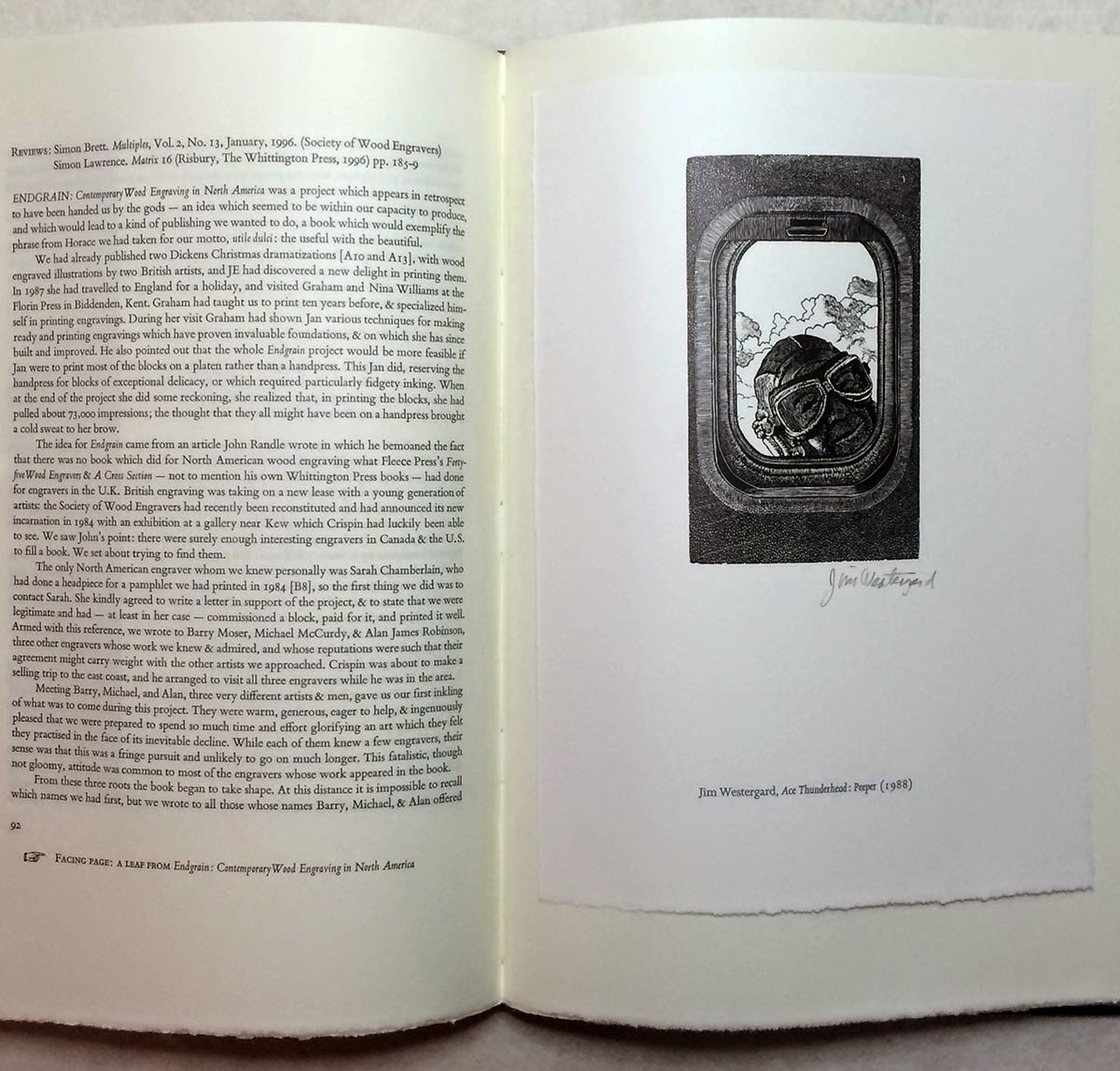 I was at Simone's shop the day she was collating copies, and got to pick out the page from Endgrain I wanted. Naturally I chose Jim Westergard's, and asked him to sign it a few years later when we were working on Oddballs. 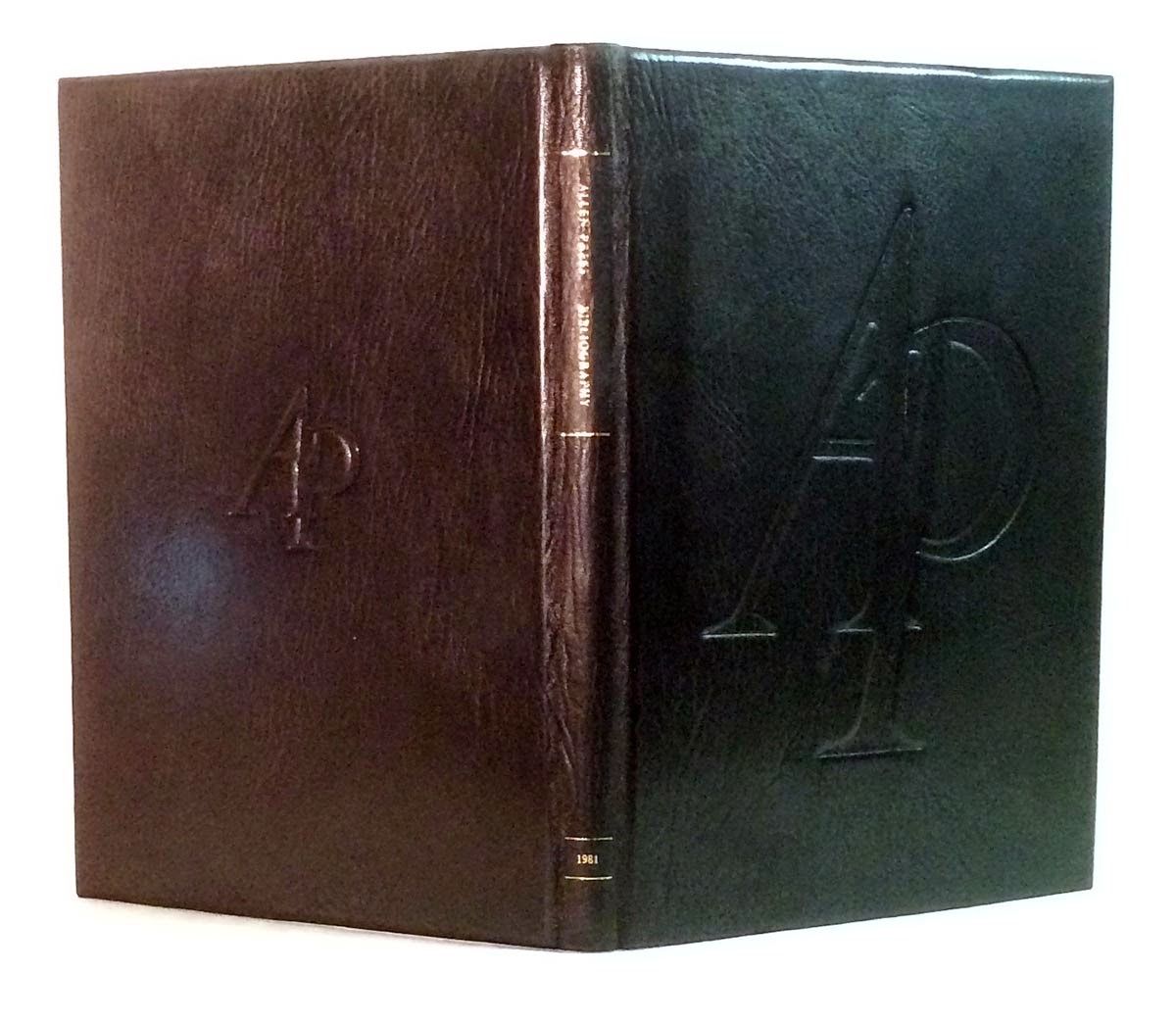 I mentioned the Allen Press bibliography as a milestone of the form. (While the Book Club of California's "facsimile" edition is a beautiful work, but I'm talking about the original edition.) I found a copy in sheets in the late 1990s, and spent about a year acquiring additional samples for inclusion. Most of these are just prospectuses for the books, but they're at least as useful for reference as a page from the publication. 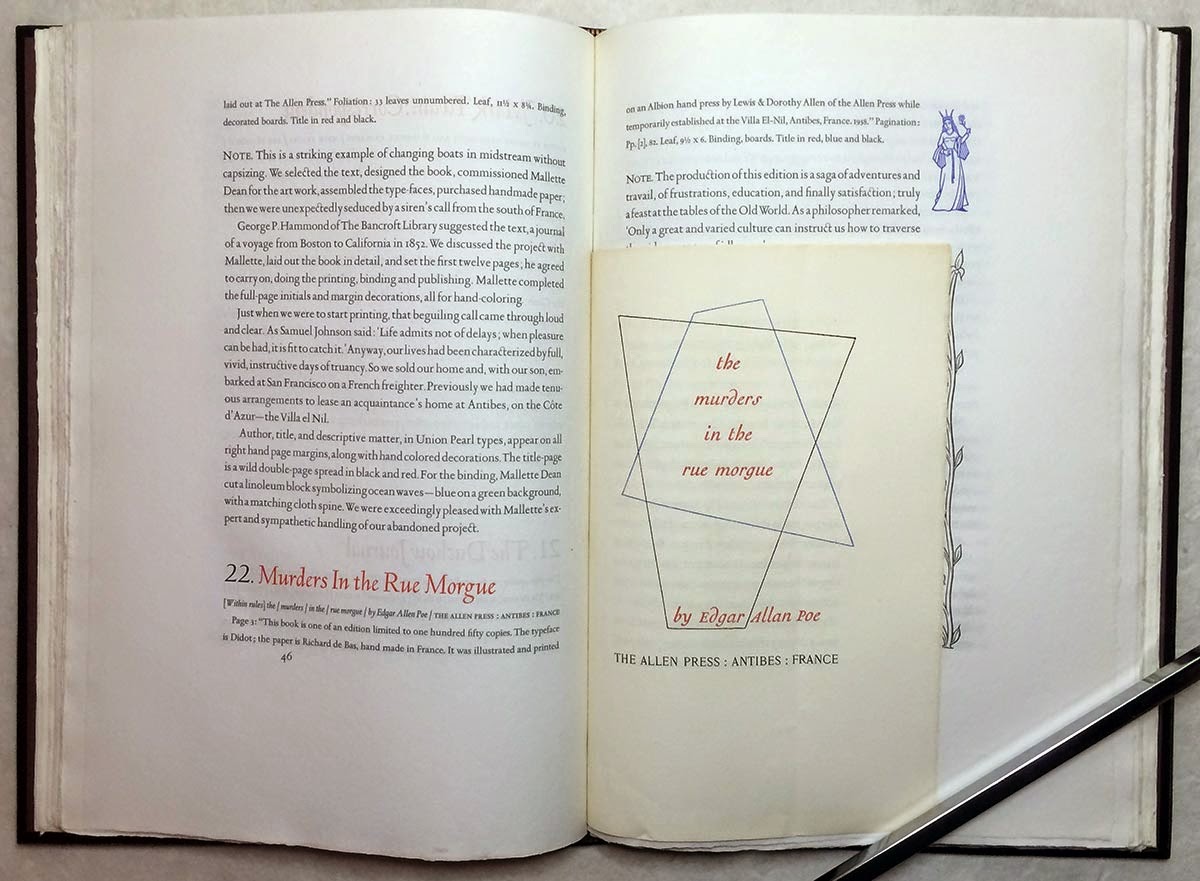 When I ran out of acquisition steam, Helene Francoeur kindly agreed to undertake the binding. It's a bit of a hassle for the binder, with all the hinging in and the difficulties with pressing that the samples pose. But she crushed it, including a debossed AP design on the boards. 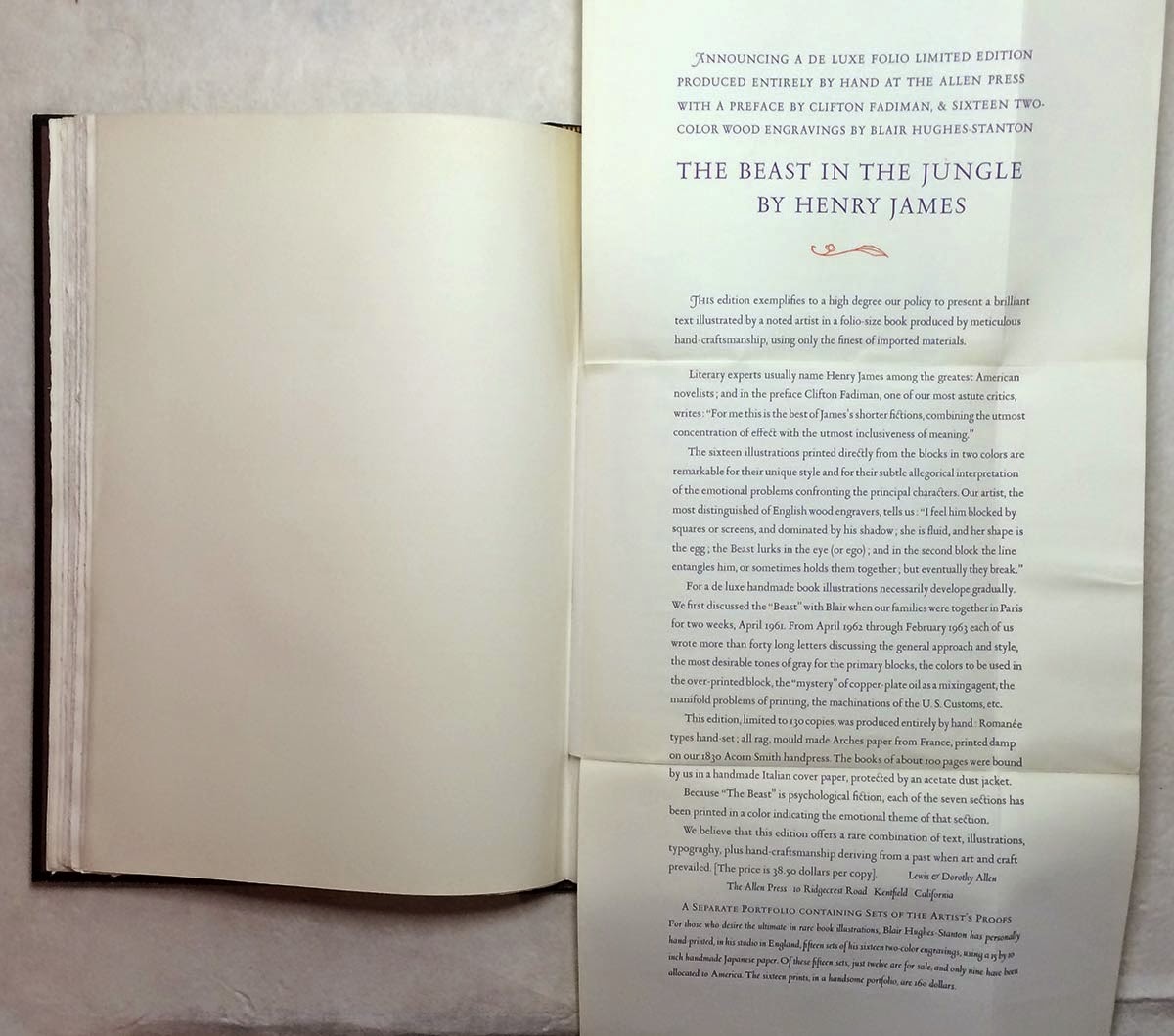 My copy even came with one of the Picasso lithographs from Four Poems of the Occult (1962)! 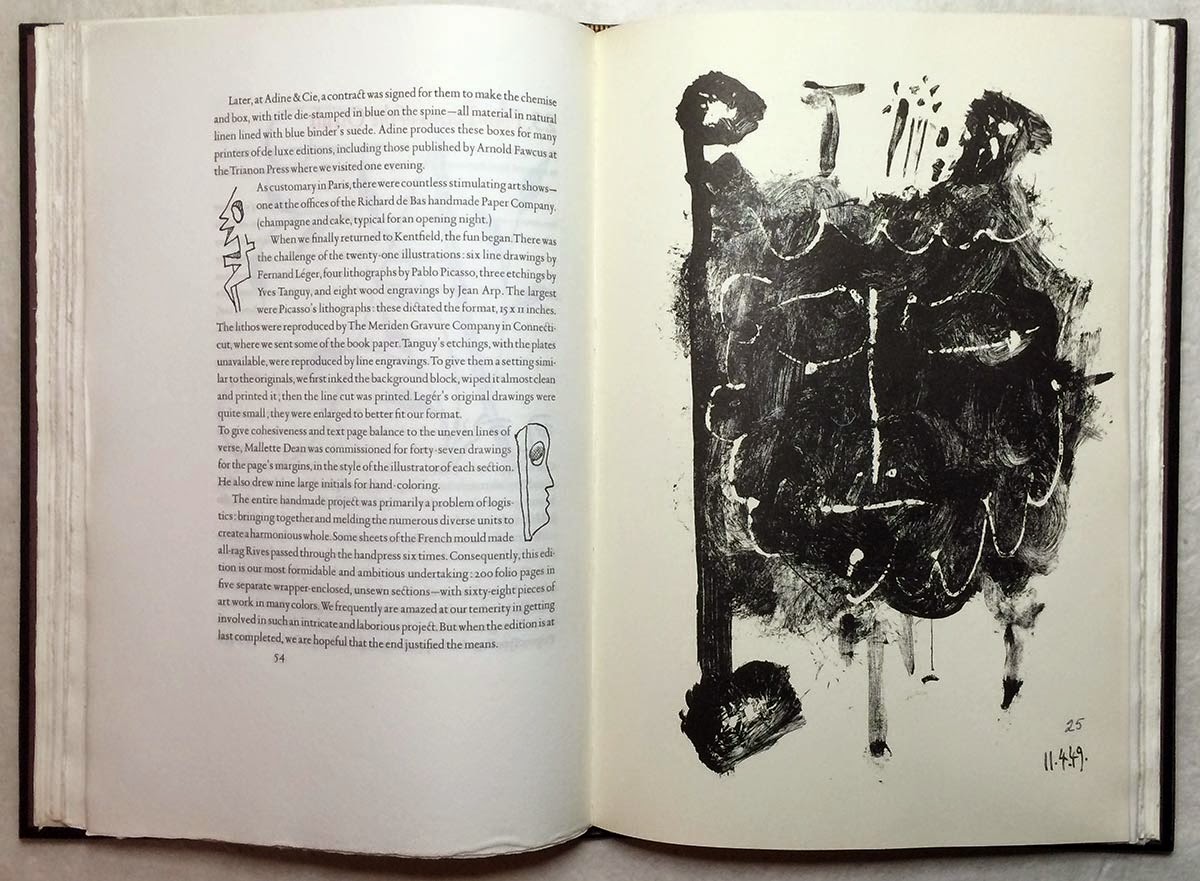 A final word about grangering: don't just stuff loose samples into bound books. One or two might be OK, but you'll quickly start causing the spine distress if you sandwich lots of loose sheets between the pages. If you have enough material, have a proper box made to contain the book and the material.

Who throws the ball when you're on the one yard line and you have a tank in the backfield?