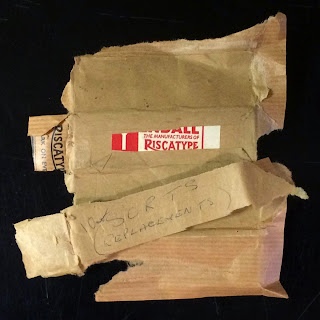 Still finding things to unpack, but less & less frequently, & smaller packages. One from last week has been around since even before HM actually existed. It was marked "10-pt sorts (replacements)." I'd never bothered to see replacements for exactly what, until last week, and surprise! How's that for a 60-pt coincidence? There also was another M majuscule, in a different face. Not sure how that fits into the prophecy. 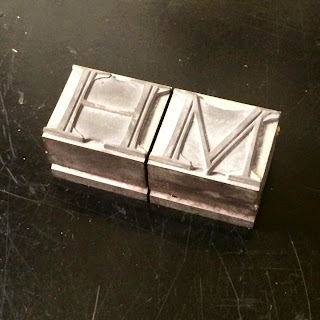 More intentionally I found these two brass stencils recently. Be useful if I want to start tagging. 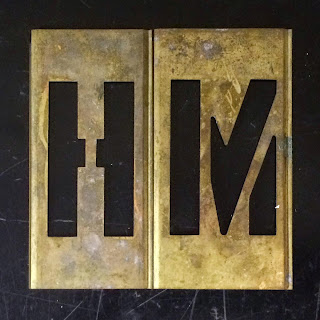 A status report on Decorating Paper: binding & boxmaking proceed. We'll be a few weeks later than our anticipated release/publication target of this month, only because Claudia & Barbara continue to gild the lily by repeatedly adding "just one more sample." So, should the delay cause anyone undue distress, take comfort in knowing that ultimately you will end up with even more than was initially promised.