Someone Found a Copy 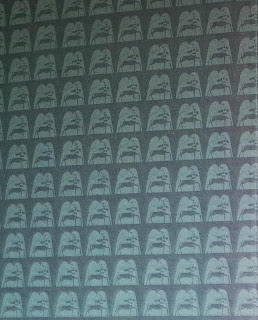 Almost two years to the day since this blog posted a piece about a privately-printed limited edition titled Shepherd's Trade, a copy has been found and we have photographic proof of its existence. Not that we doubted it had been published, but the main point of that post was that no copy could be found anywhere, for sale or in a collection. That's not such an easy trick these days. 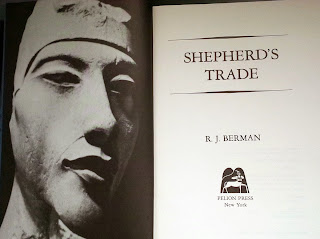 The two-volume set, readers may recall, was written by a shadowy character named Robert J. Berman. It consists of an "incomprehensibly dense" novel and a companion gloss to help readers penetrate the density.

This copy was found at a used book sale in New York state, and the new owner kindly sent along the photos posted here today. It doesn't really answer any of the questions posed about its production: who or how. No more details about who Pelion Press was. Working from the photos... 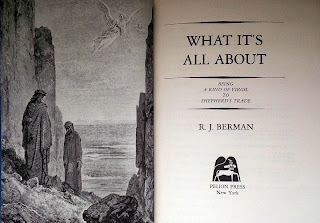 It looks to have been printed offset, not so much for how the type looks (it could be the usual no-impression commercial letterpress) but because of the reproduced images. 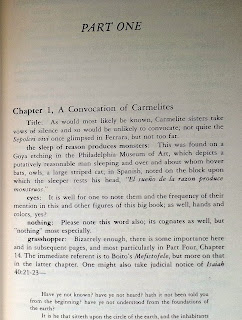 Based on the opening to Chapter 1, it was not well designed or set. Look at the word spacing! And the type - ugly even if it wasn't anemic. 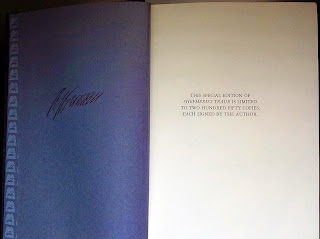 Unusual that it is signed on the verso of the flyleaf. Is it really a "special edition" if it's the only edition? 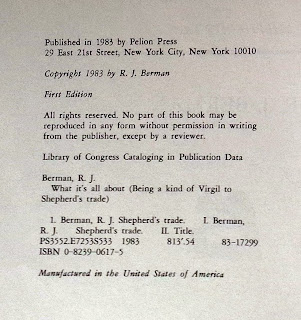 Based on these images, I would debate New Yorker writer Marc Fisher's description of the set being "beautifully published."

The person who found this copy reported that she was "intrigued by how completely indecipherable it is." Beyond that, not much more to report.

Starting next week, we'll have a series of posts about Decorating Paper, including images of the completed copies and comments from the creators about how the book was planned and organized.