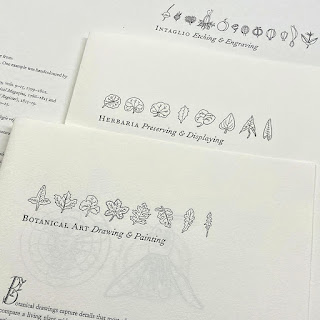 For visitors from outside Canada, I’m writing this on September 30, which is now National Day for Truth & Reconciliation, honoring the lost children & survivors of the country’s odious residential schools for Indigenous people. Holiday isn’t the right word, but a day of reflection.

Printing of Paper Botanists, the next book from Barbara Hodgson & Claudia Cohen, is well underway. Next month I’ll post a series of photos showing the steps of printing a sheet, starting with set up in the press. But for this month, it’s just a few unrelated things pillaged from the HM shelves that will hopefully be somewhat interesting to people interested in printing... 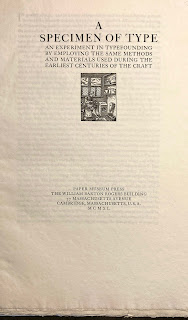 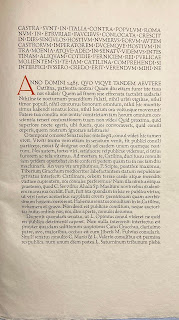 I was fortunate to stumble across this pamphlet, issued in 1950. I’ve never seen another copy listed. It’s the size of the two-volume Life Work of Dard Hunter (1981-3). Quite lovely, beautifully set & printed by DH Jr. Maybe I've already shown it here, but it’s cool and worth showing again. 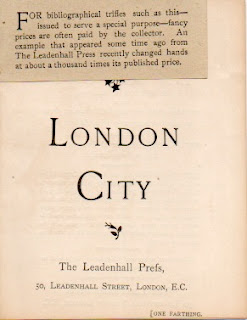 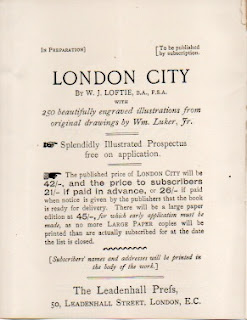 This thing is stranger than I had realized: It’s a small pamphlet advertising a book to be published. The book didn’t end up being particularly noteworthy (the 21 shillings a copy cost in 1891 would now equate to about $700, which is about ten times more than a decent copy would cost you today). But this pamphlet tells an interesting story about the book: it seems some scoundrel was attempting to quickly assemble some book generally of the same content, and specifically of the same title, to extort Leadenhall with the threat of losing the registration (copyright, sort of) to the Loftie book they’d already been working on. It was the note appended to the front cover that initially caught my eye, but more than anything else, I think of myself as a publisher, so that aspect of its story is equally appealing. I guess I’m an unrepentant publisher, but hopefully not of the Piratical kind. Here’s the full story: 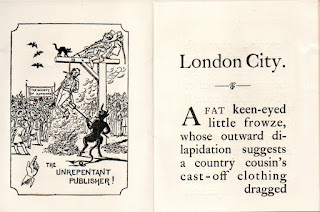 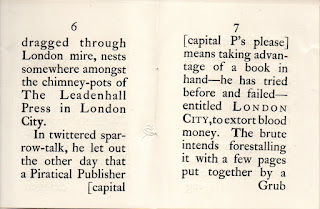 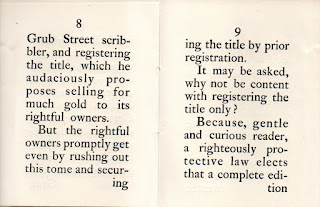 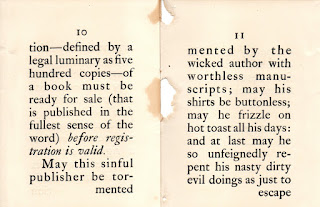 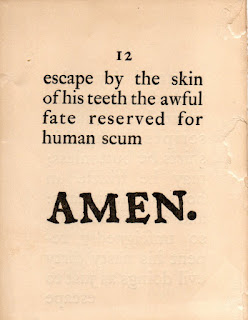 I’ve fallen down a Caxton well this year. This piece was printed by Fameorshame Press, which I’ve never heard of. But I have heard of Paul Moxon – the Vandercook guru – whose imprint it is. 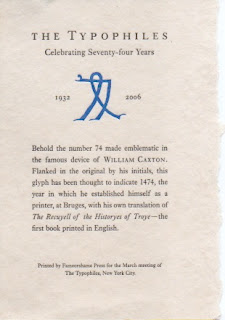 No idea how this got in the house, especially since the label on the wraps cover is half torn away. But an interesting essay, perhaps especially relevant today: “The graduate schools, I repeat, tend to mould their students into narrow specialists, who see only from the point of view of their subject, or of a special branch of their subject, and fail to recognize the importance of looking even at their own subject from other than its own point of view.”

In the late ’90s I once had the opportunity to buy a copy of the Arion Moby-Dick for $6,000. I exercised restraint, but it probably would have been a better return than whatever I ended up investing that six grand in. I eased my regret by looking for copies of the trade edition – not the “limited” trade edition, which isn’t terribly well bound (i.e. cased) based on the one copy I’ve seen, but the regular trade edition. Even then it was becoming scarce and priced accordingly, but you could find copies for $10 or $20 if you looked. I later found this card printed at Arion with a quote from the book, so my copy is almost exactly like the real thing. 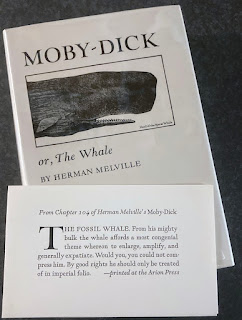