It's Good for Breakfast Too 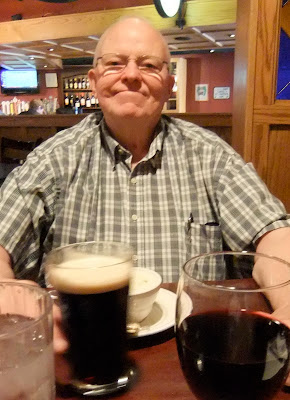 While HM toils away printing the text for Jim Westergard's exhaustive study of interesting characters from recent & long past, the artist has moved on to new projects, such as studying aspects of Irish culture in the glass shown here. Another is his ongoing series See What I'm Saying, exploring how "words and phrases can sometimes suggest images that are either variations of their meanings, or totally different." He's just posted a new addition to the gallery: "God willing and the creek don't rise." As with his studies of oddballs, Jim supplies a brief history lesson with humor & irreverence. 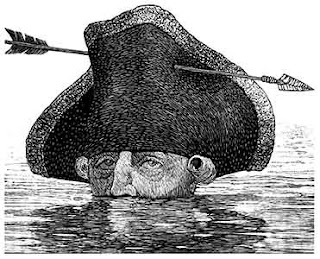 About Oddballs, we have reached the 50% completion point, which means 12 of the 24 folio sheets have been printed. The project is going to be a few months later than originally promised, because HM decided to start over after printing the first six sheets: a number of factors that combined to leave us feeling dissatisfied with things. The right decision. Progress on Oddballs v.2 has been much better.