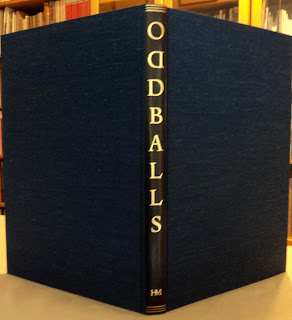 The first tranche of the Oddballs edition - about 20 of the 35 copies - was retrieved from Claudia Cohen's bindery last weekend. Half of those were immediately taken down to the Seattle Book Fair and delivered to exhibitors who had ordered copies. It was strange having no time to digest the completed, bound book - after over two years of planning and work - before placing it in the hands of our customers. But it was also fun flipping through it with them, watching reactions and seeing how different oddballs stood out to different people. 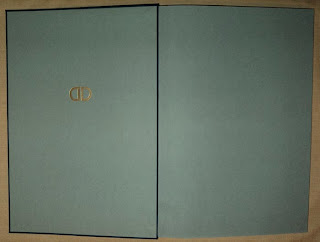 The binding, as previously described (but not as initially described, way back when) is full Japanese cloth over boards. Befitting the book's size, and to act as a counterpoint to the binding's simplicity, we wanted an imposing spine. It actually is a leather label, which Claudia managed to match very closely with the blue of the cloth. The endsheets are Guarro laid, like the text, but in a blue-gray color. As Claudia pointed out, the book becomes more monochromatic as you get into it (with the exception of the title page, the book is entirely white and black). 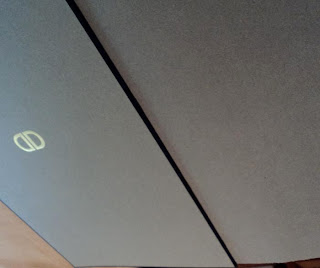 The tipped-in prints required building up the spine with paper shims - a total of 26 per copy - to even things out. It's still an awful lot of tip ins, and not our preferred approach, but as described in the Publisher's afterword, it was the only way to combine Jim's paper preference for his engravings, with HM's preference for printing text. The size of the book also required strong hinges, which were made of the same cloth. For the pastedowns, Claudia used a generic sans serif D to echo the book's double-D design in gilt. 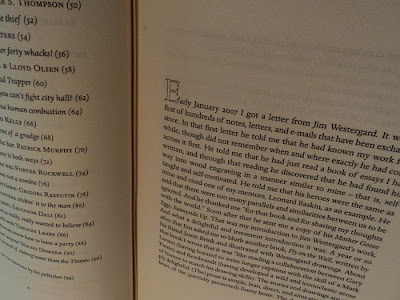 In our last post we reported that a few copies remained available from the edition. Since the book's debut in Seattle, we're happy to report that it is now sold out. Most copies, however, went to our regular booksellers, and copies are available from them.

A final note: the book was issued with a glassine wrap. This should not be considered part of the book proper; it's intended only to protect the book while in transit to a new home. 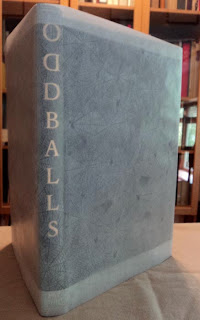