A Thoroughly Bad Decision at Oxford 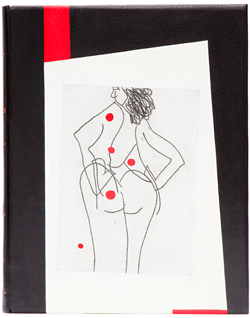 Earlier this week book dealer Oliver Clark sent out an exhaustive report from the recent Oxford Fine Press Fair, highlighting the books that received recognition, and providing his own thoughts on what the judges got right and what they got wrong. "The Parrot prize for the best illustration in any medium is worth a real and sweaty £500 and this year was awarded by Leo de Freitas and John “Fawkes” Vernon Lord in what was a thoroughly bad decision." The newsletter is not directly downloadable from his site, so you'll have to send an email request to get on the list to read the rest of his thoughts on the Parrot Prize.

Oliver also reports that the organizer, "based on return slips, [said] this fair did better than the last – but only just. That was not the impression many had. Indeed, with some presses trying every trick short of gluing feathers onto their books in order to get them noticed in recessionary Oxford, many felt that the fair was struggling just a little in money terms, a shame for what is normally a hot-ticket event."

Whether fully plumed or plucked, press fairs usually seem to be dominated by the usual suspects, and so it was with Oxford. But Oliver's missive also includes notes on a few names that might be less widely known, at least on this side of the Atlantic. He mentions a new book from Susan Allix (Myth, shown above), whose work has been generating much interest & enthusiasm among those deeply in the know for some time.