Printing in the Third Dimension

This post isn't about impression, although most of you should be printing with a bit more impression than you are. If it was good enough for Harold McGrath (him up there)... 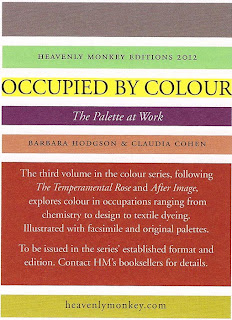 Before launching into the printing of Occupied By Colour, we finally got around to an upgrade of the speaker system in the studio. Retrieving one of the many old speakers from the attic, we ginned up this trick first learned from our vinyl copy of Eno's On Land, way back when it came out: 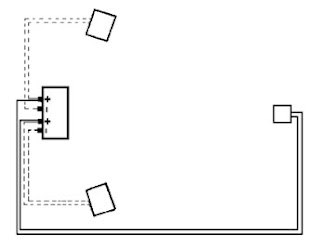 The two stereo speakers in the HM studio are over the bench, at the end opposite from the press. Printing a sheet entails two round trips from the press to the bench & back (getting the roller, returning with the roller & getting a sheet). We placed the third speaker over the press, playing the mixed signal back at the stereo pair. So now, while walking to and from the press, the aural mix of a song changes as you move through the space, and the overall sound is more three-dimensional (no more walking towards & away from the music). 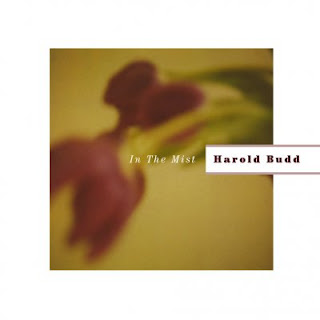 Music is the fuel that keeps the press running at HM. This probably is true for most printers. (Or at least some distraction: for Jim Rimmer, it was VHS copies of movies from the '30s and '40s.) At HM, there actually are two categories of music, depending on what's happening. While setting things up, doing makeready, figuring out problems etc, we prefer glacial and expansive compositions. Stars of the Lid, most of Harold Budd's albums (check out his latest, above; an inspiration for those who strive to never repeat themselves), Johann Johannsson & William Basinksi are frequently called upon. When all cylinders are firing and we're just into production (remember, however, that "production" on a handpress in a one-man shop is still a pretty sedate activity), the BPM can creep up to a saunter, and the pace can liquify from permafrast to tundra. Harold's album with Eraldo Bernocchi, Music for "Fragments from the Inside" keeps things moving. So does the Orb. On particularly belligerent days, G!YBE. 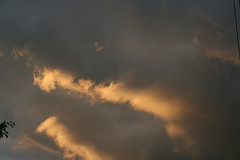 There are a few artists whose work can fit both needs. All of Loscil's recordings. Bill Laswell, but you have to pick your albums carefully. And now we have a new double-CD for the shortlist: Bloemfontein's The Longer Now. This was a $1 gamble from a shop's discard bin, noted for its sleeve design, chosen because the mix of instruments promised to appeal (especially the lack of vocals). Wonderful stuff. Eight compositions, each about 15 minutes long. All of them can be heard here. Sadly, it seems the band ceased to exist with no other releases.