An Autumn Pall for Winter 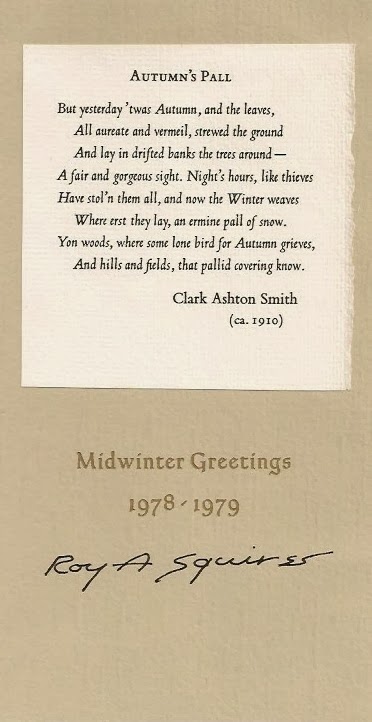 Most of you are getting to enjoy some authentic winter fun but it's just a bit foggy and frosty around here (which is why we live here). A couple of quicks, both for later follow-up:

Above is one of the last items printed & issued by Roy A. Squires. Due to its ephemeral nature, it's taken a long time to track one down. Set in Narrow Bembo Italic. The first publication of a very early poem by Clark Ashton Smith, back when he was on his way to becoming a protege of George Sterling.

We're posted about Squires before. For the past 10 years we've been collecting his books, and whatever letters to subscribers and similar ephemera comes our way, with the hope of one day compiling the story of Squires work as a printer. To that end, we probably will be starting a separate blog & invite other people to share whatever odd bits of printing and anecdotes they have. 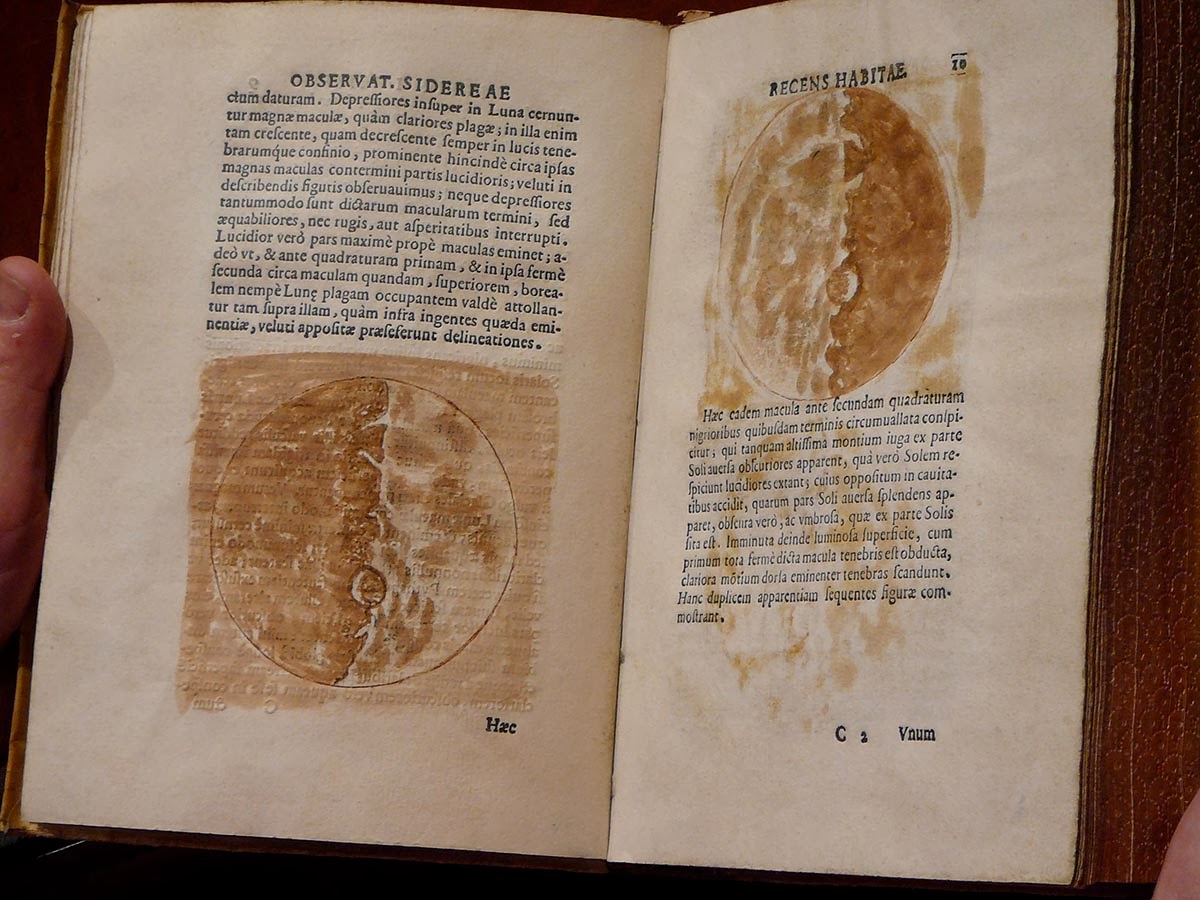 Second quick: The December 19, 2013 issue of The New Yorker included an interesting article by Nicholas Schmidle forging antiquarian books. The focus of the story was a copy of Galileo's Sidereus Nuncius (the 1610 first edition) that appeared on the market in 2005 and included what were thought to be original watercolor illustrations (vs the engravings in the published edition) by the author. If the book was right, and the illustrations could be proven to be by Galileo, the copy's value would catapult from six figures well into the sevens. On Thursday we'll be posting some comments related to the technical aspects of forging discussed in the article. Schmidle's article is a great piece of reporting, so check it out & be ready to discuss.