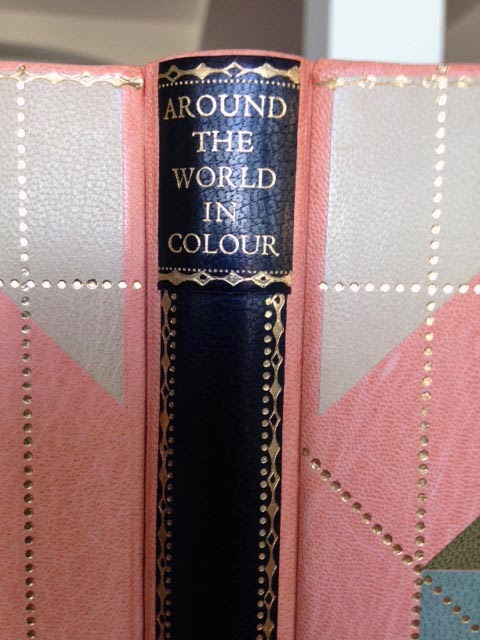 The eight deluxe copies of Around the World in Colour have been completed and shipped out. Inkeeping with the style and approach to previous deluxe versions from the series, these eight copies have been extra-bound in full salmon-colored leather with multiple leather and vellum onlays and hand-tooled gilt embellishments. The doublures incorporate an intricate weave of various papers. 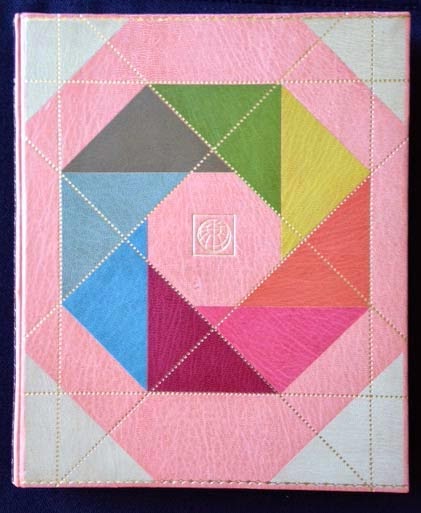 Bound at the back, immediately before the colophon, is a two-page manuscript sheet containing notes and color tests for the book. For these deluxe copies, the pamphlet with samples of natural-dye papers and manuscript notes (each copy unique) included with all copies in the edition, contains additional samples. 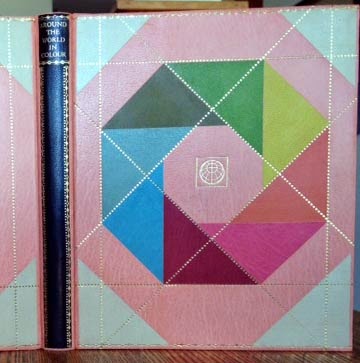 With that, the colour series comes to a conclusion. Our thanks to everyone who has expressed their interest and support since The Temperamental Rose (Vol. 1) appeared, seven years ago. Barbara & Claudia aren’t taking any time to stop for a breather: they’re deep into their book about decorated papers, and trying not to be distracted by the other book ideas that keep occurring. Stay tuned…

Anyone know what "haliod" means, specifically in the context of "haliod dyes"? Google gives me just one reference for the word, in a title to a composition by Alva Noto (which is oddly appropriate, since he's an admired musician around here). The piece is "Haliod Xerrox Copy 1" and that Xerox reference would actually make sense in the context that I originally encountered the word (prints that incorporated photocopy toner image transfers). Any other info or tips appreciated.