Day late & a dollar short; here's what I got. Having trouble with the news feed for Decorating Paper, so those Q&As are on hold. Maybe one more to come, we'll see. I've spent the past week working on a secret project. Just finished the binding today. Can't say much about it for now. It's a surprise for the authors, who will be receiving the entire edition of 10 copies to distribute however they see fit. If they don't hate it, I'll come clean with some details in a few weeks. If they do hate it, maybe your local Dumpster diver will find a copy. 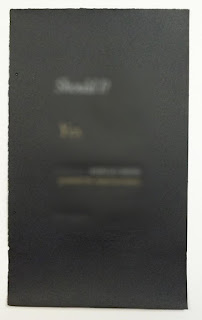 Just found out that a Web site for the Limited Editions Club has appeared. I've been wondering what was up with LEC. Sidney Schiff's death in 2010 probably put was the cause for an interruption in its activities. The new site shows titles still available, all from Schiff's tenure. By the time he bought the LEC, it had gone through some pretty grim years in the '60s and '70s, producing a lot of indifferent and banal titles. Schiff's plan was to focus on the other end of the market, reducing edition sizes and recruiting established contemporary artists to create original works for the texts. He really turned things around, and made the LEC into a very different (& in my opinion, much more interesting) kind of publisher. 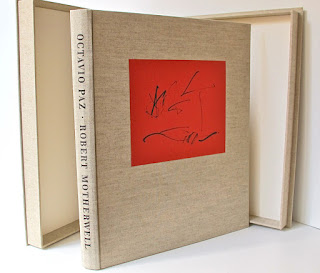 (An aside for readers who followed the Agrippa post & project from earlier this year: the Paz/Motherwell project that Agrippa publisher Kevin Begos spoke about can be seen on the LEC site.)

Not much information on the site beyond the titles in print. Nothing about new projects. The bookseller Carol Grossman has been working on a history of the LEC for some time, to be published by Oak Knoll. Publication seems to keep getting pushed back. An article she wrote for Biblio in 1999 can be found here. This is another good summary of the LEC's history.