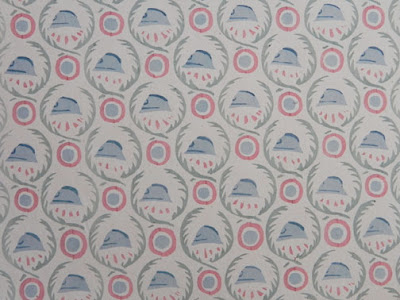 Someone who shall remain nameless isn't being very helpful when it comes to doing her writing assignments, so this installment of the Decorating Paper interviews features just Barbara (who probably has never missed a deadline in her life) telling the story about one of the more uncommon papers included in the compendium... 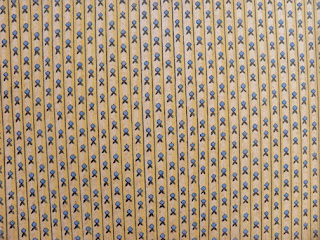 We didn't know much about these papers, but we knew from the labelling that they were sold in 1920, and we knew the names of the pattern designers. However, we could not track down information about the process used to make them and suspected that they were block printed. Then, through a chance discovery of an article called “New French Colored Papers,” by V. Fauchier-Magnan, in a magazine called La France, An American Magazine (volume 2, 1920) we found out that they were made by stencilling, a process known as “pochoir.” This detail was found too late to include in the book, but we were at least able to place the papers in the correct section. 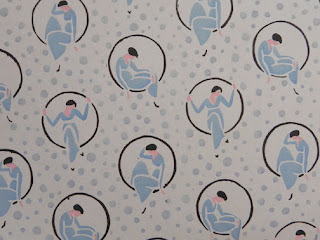 Patria, a Paris studio, created bookbinding papers to make up for the shortfall caused by World War I, when the papers normally purchased from Germany were no longer available due to importation bans.

Patria was the operation of Emile Greningaire, who came from a long line of Parisian “colorists.” The designs were created by numerous well-known pattern designers of the day and were executed in delicate stencilling by war victims. In numerous instances, patterns were produced by two processes: stencilling and block printing. With the aid of sample books, we are able to attribute the different patterns to their designers.

Next week we'll have part 4b, about contemporary decorated papers being made on 18th-century papers... 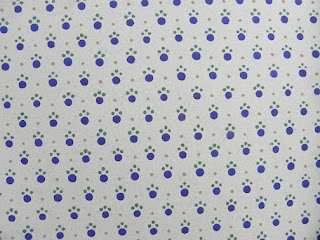