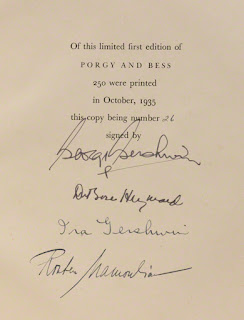 That title is clever because this post is about recent books by musicians, specifically "limited edition" publications. Bit of a follow on from this post of last summer. At a time when recorded music seems to be free, this could be group for whom the printed book offers a more financially remunerative outlet.

Maybe the most widely promoted recent book is Bruce Springsteen's autobio, Born To Run. A signed edition was available for pre-order. The book's site states it's numbered, but not what the edition is; limited to the number of orders they get? Not sure what the US issue price was; in Canada it was C$450, in the UK it was £250; that makes it about US$300. Needless to say, it sold out before publication. A few copies are available from resellers, including one on eBay (US$1,725) that reports the edition to be 1,500 copies. Whether it's worth 4x the issue price, at least the publishers put some effort into making it more than just a signed copy of the trade edition. 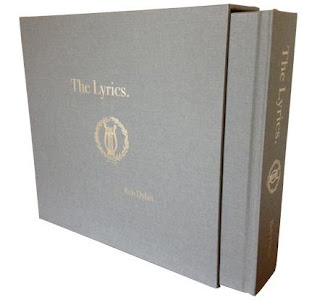 Simon & Schuster gave special treatment to recent Nobel Prize winner (& maybe rejecter) Bob Dylan's collected lyrics, in 2014. That book was limited to 3,000 copies, including 50 signed by Bob, issued at $5,000. Not a peep of one online now.

Ex-New Order bassist Peter Hook has just published another memoir. The last volume focused on the few years that Joy Division existed, and took it's title from the band's first album, Unknown Pleasures. The new volume, Substance, focuses on his much longer tenure in New Order. Both are published by Simon & Schuster UK. A signed edition of Unknown Pleasures was issued (£40), limited to 1,000 copies. It's basically just the hardcover in a slipcase that is too small, and will assuredly ruin the dust jacket. Despite this flaw, no copies can be found online. The publisher doesn't seem to have given the new book the same attention. Hook's books are entertaining for readers interested in the band & the time, if only for the vitriol he sprays. 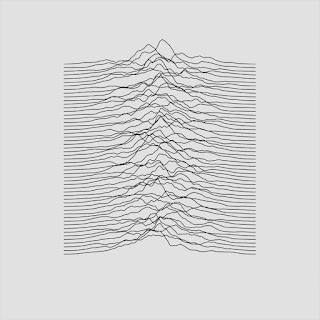 Shortly after Unknown Pleasures was published, Hook's New Order nemesis Bernard Sumner issued his own memoir, Chapter & Verse. Sumner managed to cover in one volume all the history that Hook's dragging out across three. It was published by St Martin's, no limited edition, and the hardcover isn't even sewn. Yawn. 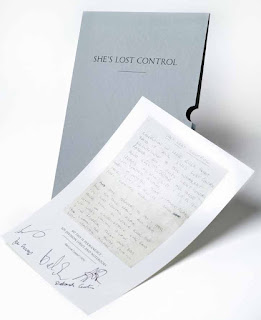 Faber did a nice job publishing lyrics by JD's Ian Curtis, titled So This is Permanence. The regular trade hardcover is well produced. The limited edition of 200 copies sold out before publication & cannot be found. The real pearl may be a copy of the facsimile lyric sheet, issued with the limited edition: a handful of extras were issued, in a printed sleeve, after publication. 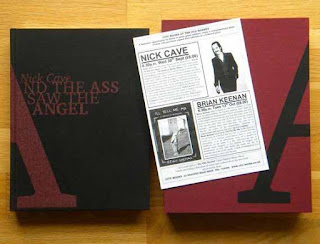 It's not surprising that Nick Cave has a few interesting books to his name. He seems to have collaborated most extensively with Black Spring Press. His 2007 novel And the Ass Saw the Angel was issued in at least  two states; see here. He also contributed to Bunny, a collection of photographs by Polly Borland. It doesn't look terribly engaging, as a book. Not sure if there's any connection to Cave's novel The Death of Bunny Monro. 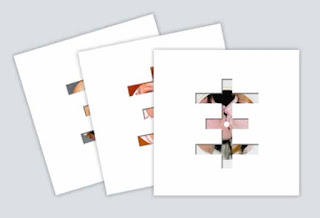 The Cave search happened to turn up a sort-of photo memoir by Genesis P-Orridge that looks worthwhile, if you're a fan of theirs. Appears well designed & printed, and issued with kool stuff like the vinyl, all for a very reasonable price. 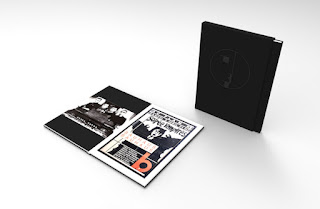 Kevin Haskins is poised to release a monster of a book chronicling the relatively short life & long tail/tale of Bauhaus. Titled Undead (which is rich for a band that supposedly rejected the Goth label), it will be limited to 500 signed copies ($195), each weighing over 13 pounds. A smaller version ("for those of you with smaller coffee tables") is also being issued. Based on the site's pictures, the signed edition probably is worth the price, if you have a bookshelf with enough height to accommodate it.

(I could swear his brother, David J, had a book of his photographs published in Japan a few years ago, but can't find any mention of it...) 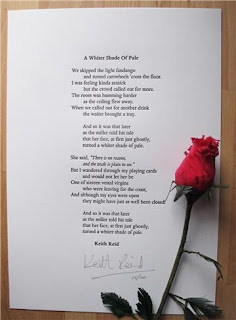 I thought I'd heard Charnel House was doing a book with Iggy Pop, but there's no mention on the Web site. There is mention of a letterpress "archival print" (i.e. broadside) printing the lyrics to Whiter Shade of Pale, with a grainy photo of the thing. Charnel publisher Joe Stefco has never been shy about confessing his fondness for Procol Harem, but how can that coexist with Iggy? I guess we all contain multitudes. Anyway, it looks like whoever was behind this hadn't seen a lot of broadsides. It's one color, kind of small (looks like 12-pt type), no imprint of any kind, seems to have been printed with lots of impression on soft, thick paper. Not very special, especially for $600.

Finally, for people whose nostalgia works back from around 1975 (ugh), check out all titles at Genesis Publications. The books look like attention is paid to design and production, but really, aren't they just wrapping around a rock star's signature?

Interesting that Brian Eno hasn't really ever done a limited edition book. There was More Dark Than Shark, previously posted, but that was more Russell Mills' book than Eno's.
Signed & numbered (500?) copies of David Sylvian's Hypergraphia were issued, but I think the books were the same as the unsigned issue. Good luck finding one of the signed copies.