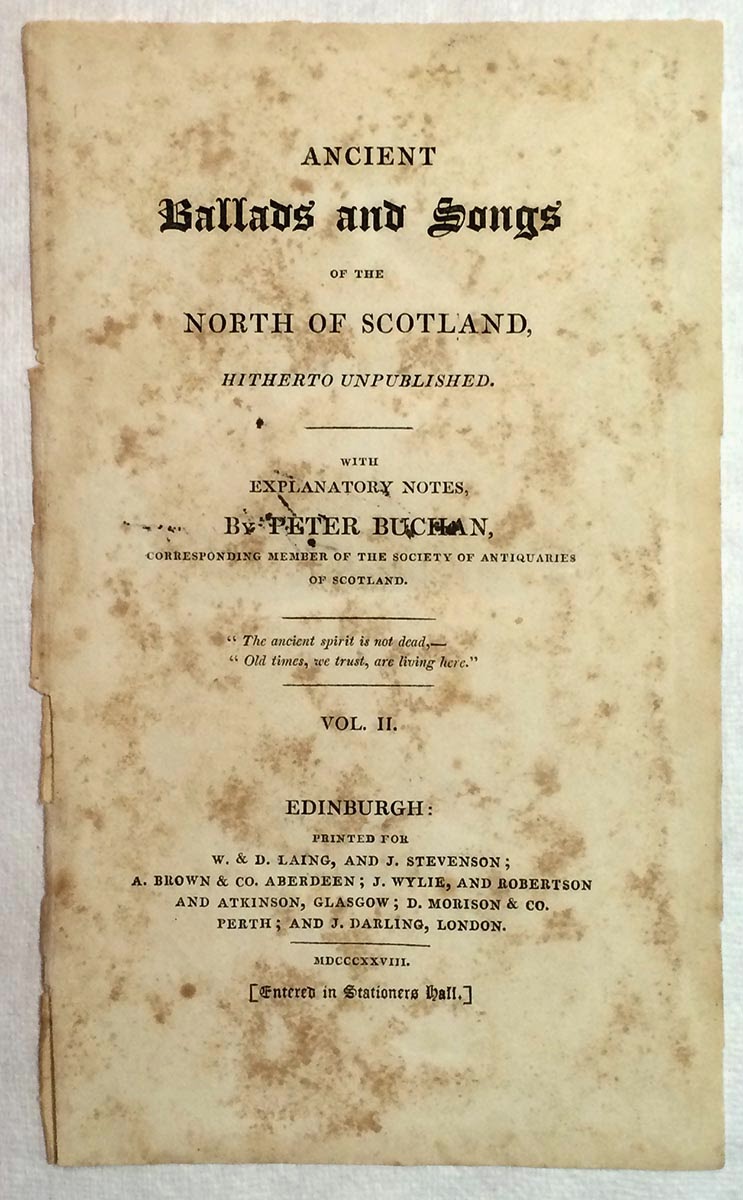 Possibilities for re-using paper from broken pre-1800 books has been a subject of some investigation here for a while. Not pulping the sheets to make new paper, but finding ways to work with, in, or around what's already printed on them. Palimpsests. More about that another time. For today, an oddity discovered in the pages of an incomplete copy of Ancient Ballads and Songs of the North of Scotland (Edinburgh, 1828; vol. 2 only): a reversed apostrophe (i.e. single open quotation mark) used when replacing letters that precede those kept in a contraction. I'm sure there's a grammatically specific way to explain that, but here's a picture instead: 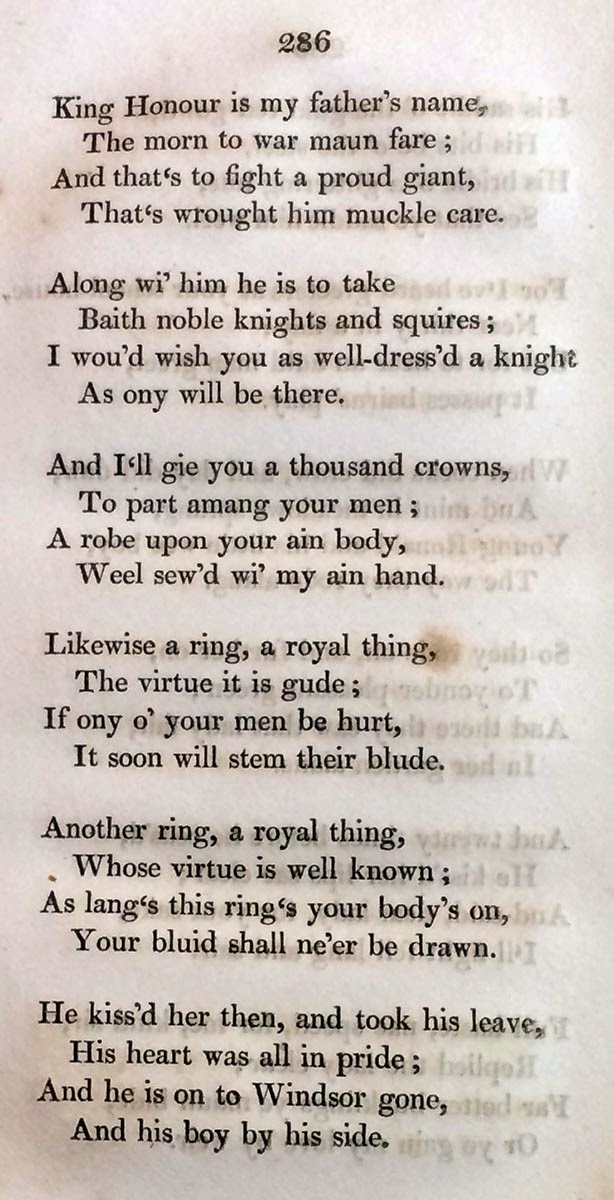 Here's a page with some more examples. 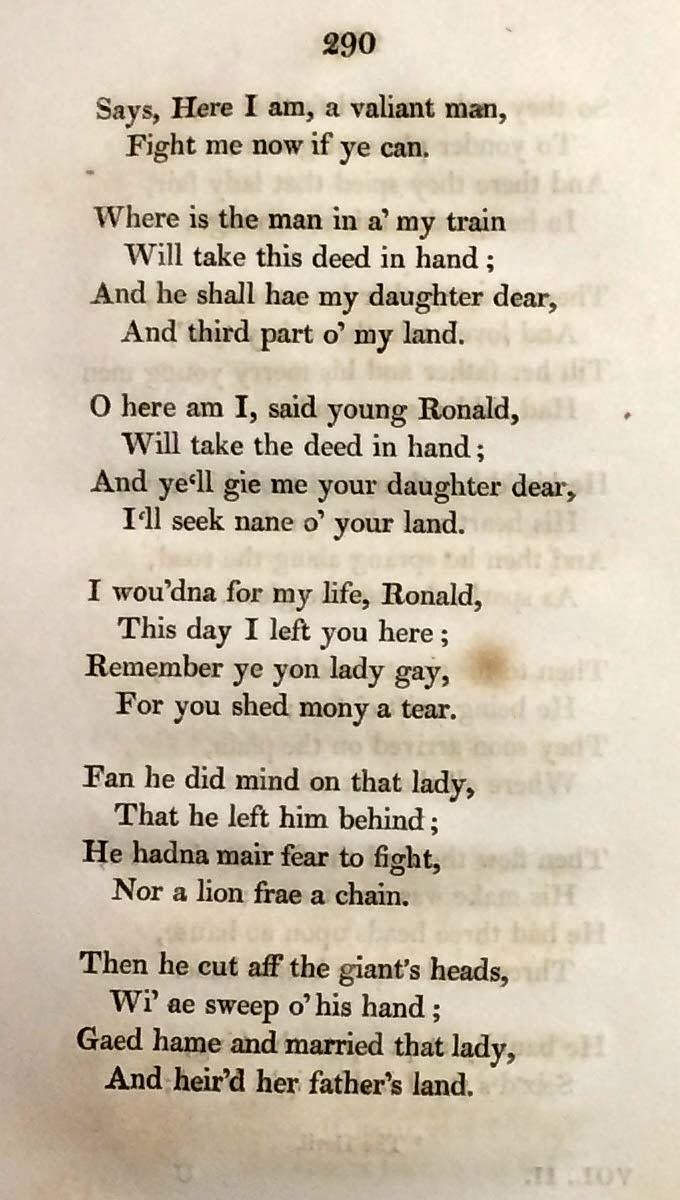 Looking closely at the reversed apostrophe/open quotation, it appears to be an inverted comma pressed into service. It doesn't sit at the same level as the apostrophe, and the tail's a bit longer and thinner.

This probably isn't at all unusual for people who know anything about the printing of Scottish poetry in the 18th and 19th centuries, but he's not around right now. Otherwise, the book is admirably set and printed, by William Aitken, in what might be called an early transitional roman. The Notes at the back of the book are set in the same face at a smaller size, roughly 8 point, which remains remarkably legible. The paper, though suffering from some foxing in one section, is a lovely cream wove of approximately 90 gsm.

Look what I scored for a song on ebay while writing up this post: a lovely batch of FJ Head handmade paper. The Internet isn't all bad. 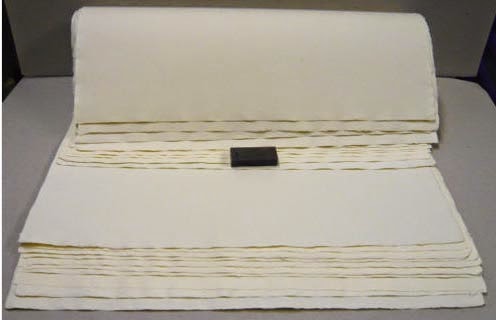