A Picture is Easier Than Hand-Setting 1,000 Words 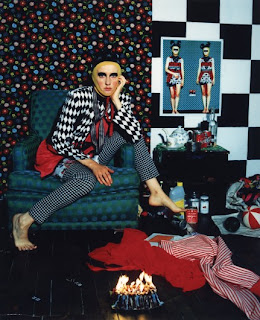 Some kool photographic events happening in Toronto over the next week. First up is a mid-career survey of work by Janieta Eyre. Her images are simultaneously intriguing, provocative, disturbing, fascinating and beautiful. We discovered her work around 2003, at the now defunct Diana Farris gallery in Vancouver. Staring at a very large, highly staged photo of two adult twin women, she/they looked very familiar. Checking the info card, we immediately recognized the name as an acquaintance from high school, a million years ago. We've since been in touch, agitating her to participate in our Artists' Series pamphlets. She hasn't said no, so fingers remain crossed. Constructing Mythologies is a featured exhibition of the Scotiabank CONTACT Photography Festival. If you like David Lynch (at least up till Twin Peaks), check her out. 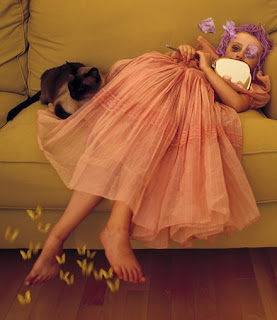 The week after, Ryerson University's Image Centre will hosting a retrospective exhibition of the Lumiere Press's output since 1986. The exhibition coincides with the launch of Lumiere's new publication, "Black Star / Selected Works of Photojournalism from the Twentieth Century / The History of the Black Star Photo Agency." Black Star was a photo agency (still is) started in New York in 1935. It was a major supplier to Life magazine, and represented many photographers who were, or went on to become famous. 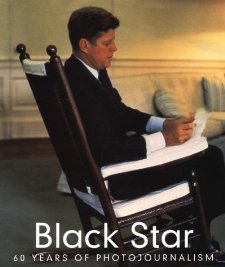 Ryerson has significant collections of both Black Star images and Lumiere Press books. The upcoming exhibition, which has been curated by second-year students in the photographic preservation and collection management master's program, is titled Lead & Light: The Evolution of Lumiere Press. A 32-page catalogue is being published (by Ryerson) as a companion to the exhibition.

We posted a blog about Michael Torosian, aka Lumiere, a while back. Interesting books. 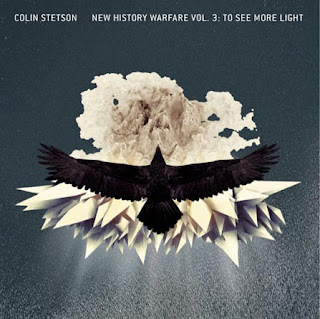 BUT BEFORE ALL THAT STUFF HAPPENS, THE NEW COLIN STETSON ALBUM IS RELEASED THIS WEEK!!!! If you do not already know volumes one and two, go back, treat yourself, & work your way up to this final installment in the trilogy. And while you're at it, ponder why the Vancouver Jazz Festival hasn't moved mountains to land Stetson this year, especially considering he's on the West Coast playing other cities during that time anyway. Stetson is one of the engines that keeps HM ticking over.