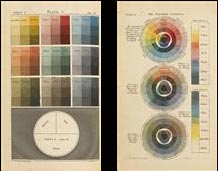 Since Claudia & Barbara started their color series, we've been keeping an eye open for books to add to their reference collection. Just what we needed: another vein to spike the collecting jonez. Here's something being auctioned at Swann's in New York this very minute: 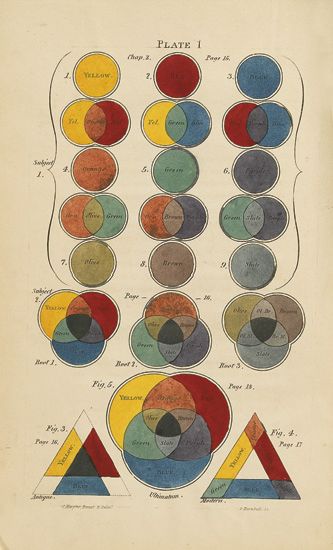 scarce early edition of a major treatise on primary color theory. It was originally published in 1826 and was reprinted in six editions through 1845. Hayter was an architect and miniature painter and drawing master to Princess Charlotte, the only child of George IV. The study's main importance is in Hayter's very clear exposition of contemporary color theory which became an essential part of the education of British design students following the founding of the Government School of Design in 1837, most notably famed Victorian authority on color and design theory, Owen Jones, who printed the plates in later editions of this work. NUC locates only one copy.

Anyone who wants to purchase this item & donate it to B & C's library, do so quickly please, and send it along.