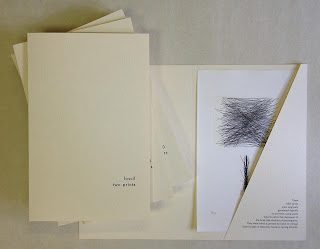 In thanks for his contribution to last spring's Codex Miscellany, we editioned loscil's two photautogram prints (combined on a single sheet, as they were in the book) for his personal distribution. We also printed a stiff paper folder. 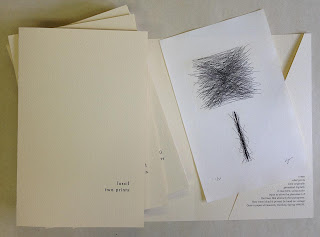 The prints (an edition of 20, signed "S Morgan" aka loscil) are available through his site. We'll be doing more phonautograms with him, for the third volume in our Artist's Pamphlet Series. Probably a combination of relief and at least one intaglio for that. Late fall? 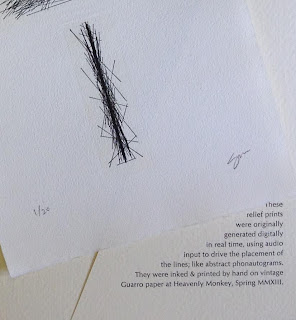 In more music-related news. HM fave Harold Budd has a new album coming out (Jane 1 -11), a series of compositions for 10 short films by Jane Maru. The album can currently be streamed at the Darla site, which also has an interesting brief commentary by Harold about the over-arching process he conceived to create each piece. When HM recently met with loscil to discuss his two prints, the conversation ended up ranging far & wide, with an extended & interesting stop at the topic of if/when/how/why describing the creative process adds to one's appreciation for, or interpretation of a work of art. And if it does, is the work diminished by the prerequisite? 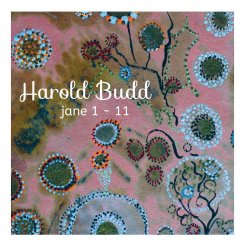