Getting Loopy With Paper 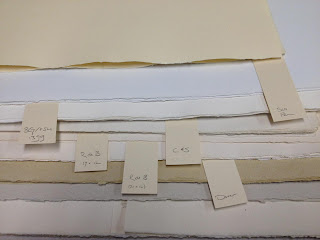 This blog isn't entirely off topic; it explains how HM's books are inspired by specific kinds of music, above everything else; and how this inspiration is reflected more directly in our newest project than in any of the previous ones... 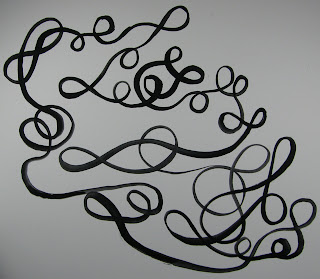 The aesthetic possibilities of repetition have long been a source of particular interest at HM. We were introduced to the concept & possibilities through music, many years ago. And as readers of this blog already know, music is the most sustained creative influence on HM's work. We played with loops (actual big loops of quarter-inch tape, and some early digital samples) way back in our youth, 30 years ago: however mundane they sounded to others, the loops were endlessly (ha!) engaging & hypnotic for us: car races, the heavens, merry-go-rounds, donuts - despite the fact that we know in exact sequence what comes up next clearly does not dull our interest in loops. Meditating to a mantra is just a loop, with the potential for nirvana. Is it any wonder that we saw such creative potential in Harold Budd's arabesques? 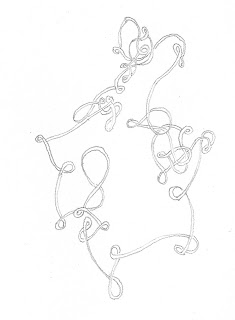 Steve Reich's tape loops were among the first sustained explorations of loops, but those actually dealt more with phasing and aural decay than pure repetition. Philip Glass likewise explored the potential of repetition, with slight changes over time. Terry Riley's In C - is there a more joyous song? All of those composers we discovered only because our ears were first opened by Eno's (no pussyfooting) and Discreet Music: the latter, released in 1975, included a schematic that was our first insight to the process of looping. Loops made from audio tape offered someone who couldn't play an instrument (i.e. HM) the opportunity to make music: it had to be cut & spliced by hand, and often spooled by hand - or many hands - depending how long the loop was. 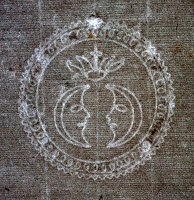 Then came the drones! Even bagpipes are tolerable if they avoid notes and just play long, sustained tones. One of the koolest musical experiences we've collectively had here at HM was participating in Phil Kline's Unsilent Night (organized by Colin MacDonald): the 45-minute piece was composed to be played on multiple tape decks, with everyone pressing PLAY at the same time, and beginning a walk through a neighborhood in the weeks before Christmas. While not loops per se, the composition's slight changes in rhythms and orchestration over many bars, combined with both the boom boxes' natural fluctuations in playing speed and the machines being strung out over a block or more (depending how many people turn up), create a beautiful reverberation. (Deep snow drifts improve the performance by dampening random street sounds, but sadly, deep snow is not something Vancouver often gets in the weeks before Christmas.) 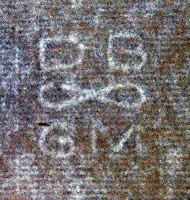 THE POINT BEING, the creative potential of loops and repetition has been a primary interest at HM since before HM even existed. Printing itself is a repetitive task. In broad strokes the mechanics are the same day after day; all that changes is the formes. With a handpress, that repetition - the challenge of achieving consistent results with nothing but your own hands controlling the contributing parts - is the core of the bliss and the struggle. Each successful impression does not guarantee the next, and each flawed attempt leads to another chance. The concentration required can begin to falter by the late afternoon (one reason our editions peak at around 50 copies = the number of good impressions we can pull in a day). Sticking to an exact sequence of operations is crucial; become distracted and - wait - have I inked the forme already? I can't remember. Looks like maybe but not sure. Shite. Have to pull a waste impression, just in case. Pay attention, pinhead. 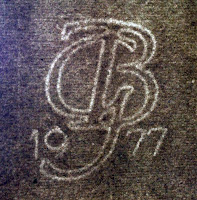 And so, for our next book, we will finally implement a plan we've been toying with since working on Elements in Correlation: to reprint the same page of text on a collection of different (handmade) papers, just to see how changing nothing but the paper affects the appearance of the text/type. We sort of did this with the deluxe copies of Types/Paper/Print, but that was just three different papers. This new book takes the idea as far as we can (i.e. minimizing the text and including as many different interesting papers as we can find). 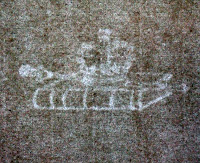 As mentioned in a previous, recent post, while searching for suitably playful quotations to incorporate in our next type specimen book - showing the metal types held at HM - we re-encountered D.B. Updike's essay "The Seven Champions of Typography." The fifth champion he records is paper, and its (too often under-appreciated) influence on how any typeface looks when printed. He mentions Caslon by way of example; a bit unfortunate that, since we despise all Caslons (all due regard to the man, but the types are uniformly homely). This essay, combined with access to a large collection of handmade papers - none in sufficient quantity to use in a book, but combined they make for a who's who of 20th-century papermakers - revived the idea of the project. 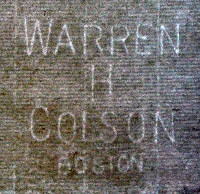 The book takes its name from the first line in Updike's essay: "Paper should not always be white…" Some of the papers we'll use are white, some off-white, some cream, and at least one is blue. A partial list includes six different Barcham Greens, an Amalfi, a Velke Losiny, two F.J. Heads, Van Gelder, a Griffen Mill, and a few we're trying to identify. The papers are still being gathered; as we sort through what's on hand, the first challenge is to calculate page dimensions that yield (1) a page of reasonable size, and (2) enough pages [folios] to print more than just a few copies. The entire endeavor will be limited by the paper that is most scarce. We may end up issuing the book in two states, one with a few more samples than the other. However things work out, we don't expect the edition to exceed 30 copies.

Right now it looks like the average page size will be 5 x 7 inches, with each copy containing at least 15 different paper samples. The preliminary material probably will be printed on Reg Lissel's HM Text. Each sample sheet will be printed in folio, with the paper's name on the first recto, and the extract from Updike's essay (set in 12-pt Caslon) on the second recto. Each verso facing Updike will be printed with an arrangement of printer's flowers, an arrangement that will "grow" as the book progresses.

The book will be bound by Claudia Cohen: right now we're thinking of a structure much like the color series of books: a long-stitch that allows the book to open flat, with quarter leather over boards. The final edition size won't be determined until we've printed all the papers. Price, we cannot be exact at this moment: the papers weren't cheap, and we won't know the printer's final bar tab until his work is completed. Suffice to say it's at least Types/Paper/Print, but it's not Oddballs. As per usual, first dibs go to our usual customers, and they can reserve copies & make final decisions once we finalize the IPO.

With luck, we'll start the printing next week. Stay 'tooned for updates & images.